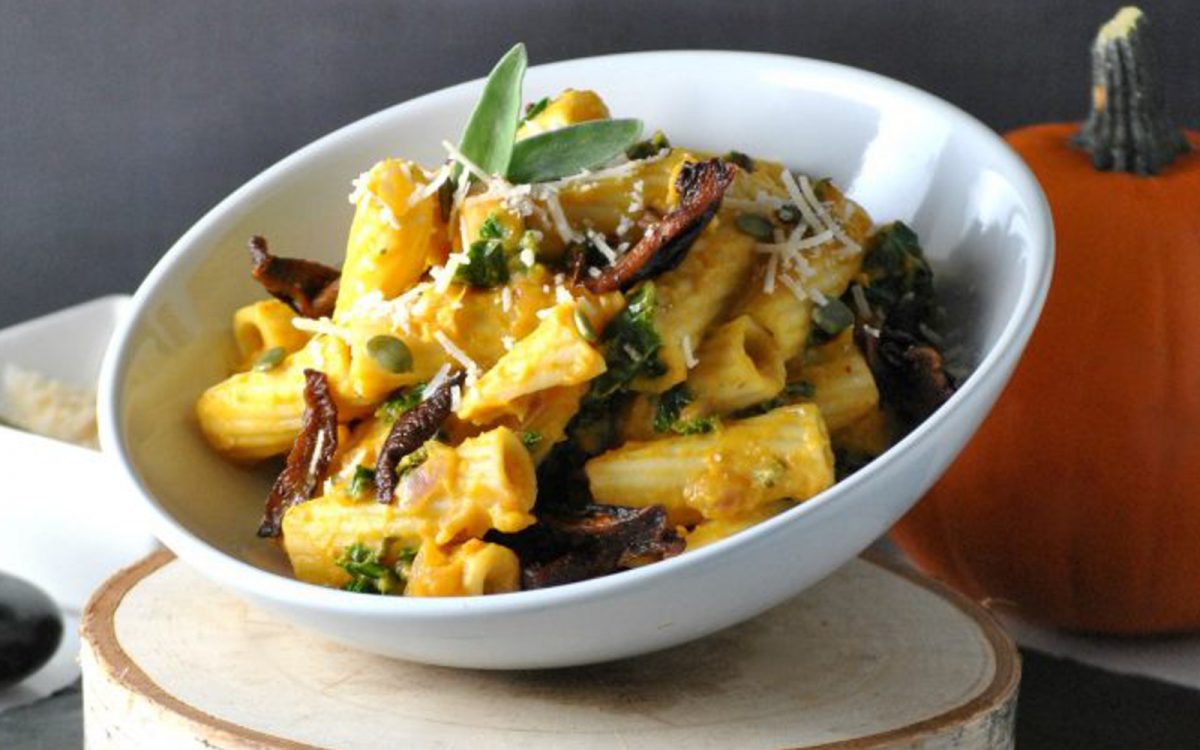 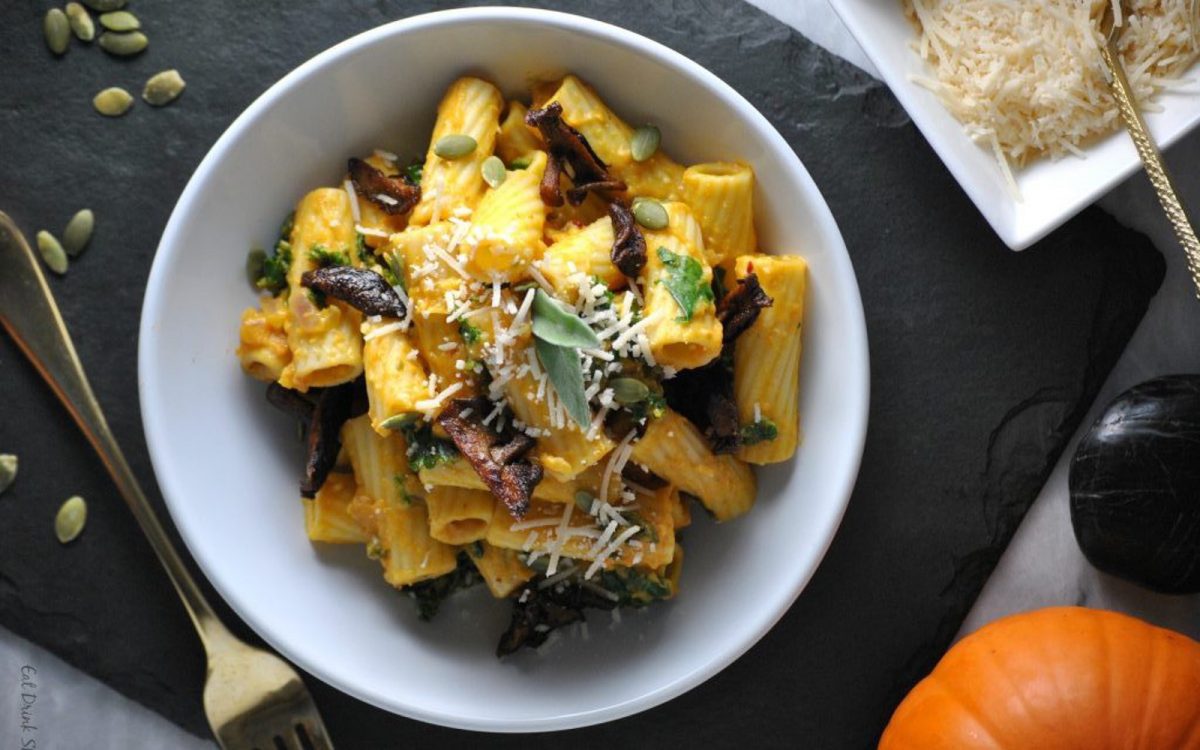 Say "hello" to the perfect fall pasta dish: pasta served in a rich pumpkin sauce with mushroom bacon and vegan Parmesan. Not only does it taste delicious, but the aesthetic appeal of this dish just screams fall. Creamy pumpkin sauce, hearty pasta, kale, and smoky Shiitake bacon — everything blends seamlessly together and gives both a savory and sweet flavor profile.

For the Shiitake Bacon:

My name is Gabrielle, and I’m the founder & creator of EatDrinkShrink.Com, where I share cutting-edge plant-based recipes, product reviews, current nutrition information, and wellness. I am a Clinical Nutritionist in New York City and have completed countless culinary courses and workshops, and have a 200hr yoga certification from YogaWorks.