By Veronica and Amy Pearce 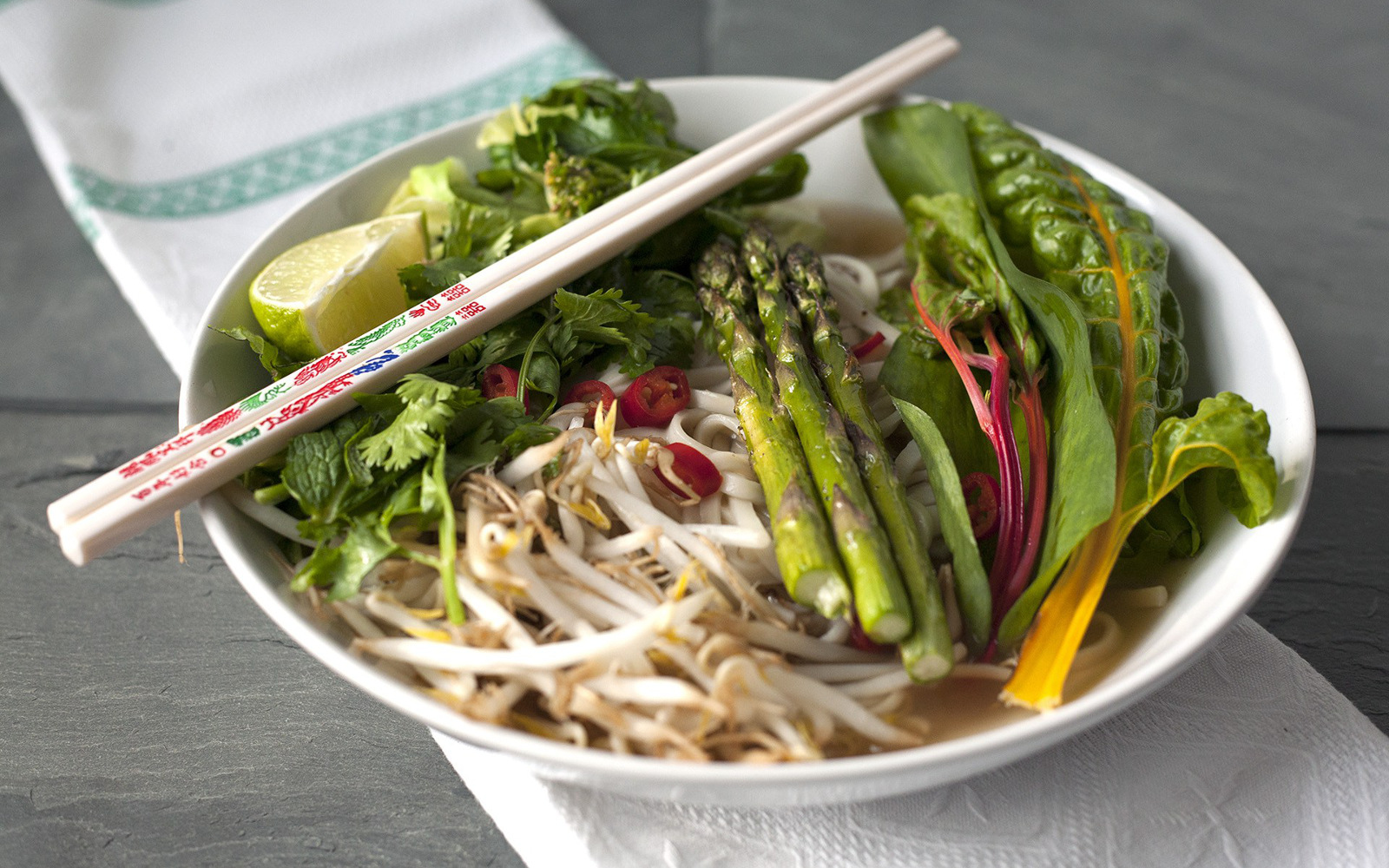 A traditional pho is all about a slow-cooked broth, normally made with beef. However, the main star of the show is really the aromatic spices, so it easily adapts to create a super tasty meal. This version uses a bit of vegetable broth to speed up the process, but of course, if you have time, the longer you cook it for the better it’s going to taste! Top with fresh seasonal vegetables, plenty of greens, and a squeeze of lime juice.

Veronica and Amy are sisters whose vegan adventures began when they re-homed four rescue hens. It changed the way they thought about where food really comes from. This led them to adopt a vegan lifestyle and they haven’t looked back! You can find lots of tasty vegan recipes inspired by the seasons over on their blog wrappedinnewspaper.com.