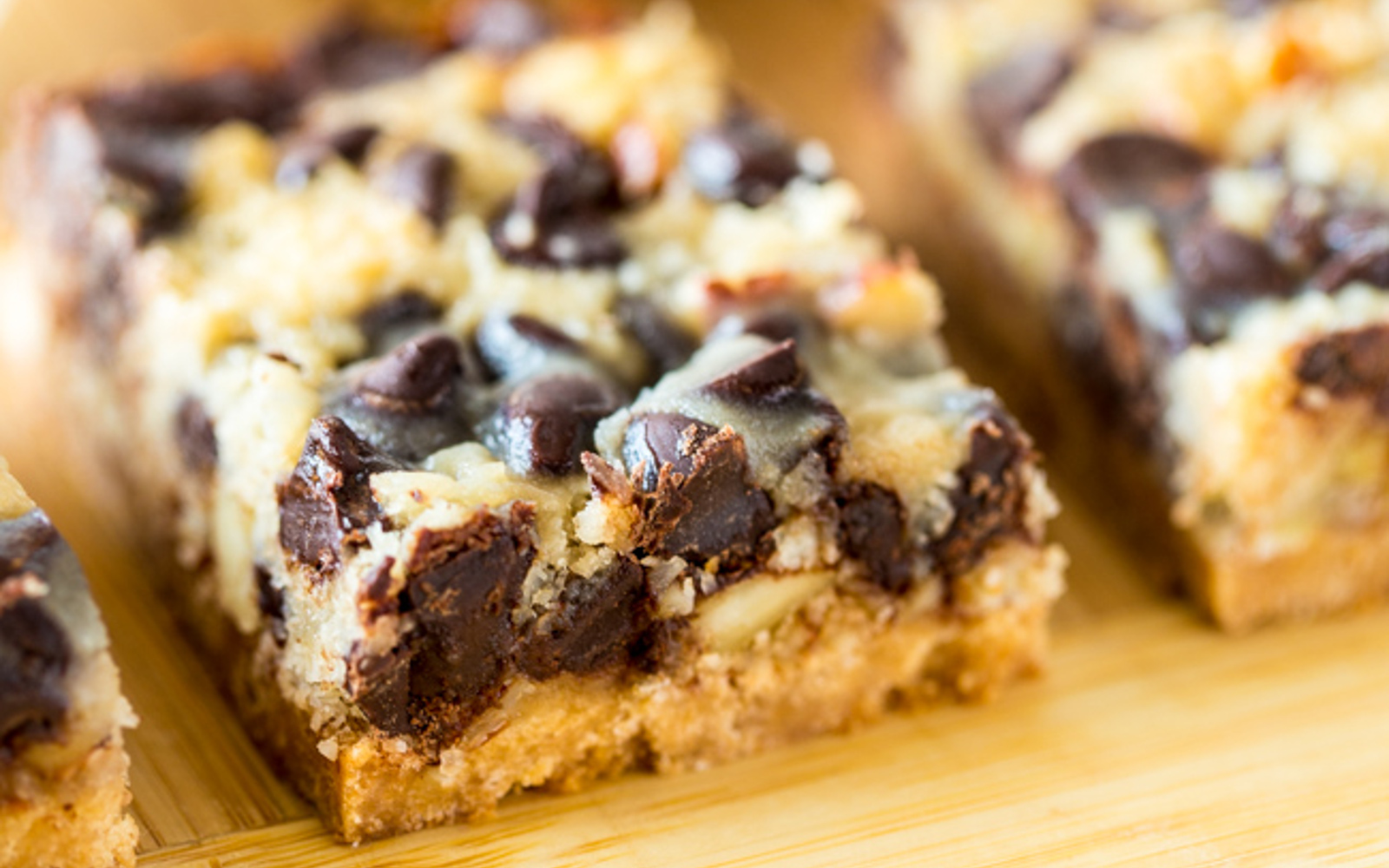 These cookie bars are crunchy, creamy, sweet, and crispy — really, they're everything you want in a cookie bar. If you're a real chocolate lover, go ahead and load up on more chocolate chips. As hard as it may be, let these sit overnight before eating them! The result tastes like magic.

These must sit overnight to ensure the coconut milk really has a chance to chill and thicken.

Total Calories: 3914 | Total Carbs: 381 g | Total Fat: 265 g | Total Protein: 28 g | Total Sodium: 485 g | Total Sugar: 265 g Note: The information shown is based on available ingredients and preparation. It should not be considered a substitute for a professional nutritionist’s advice.