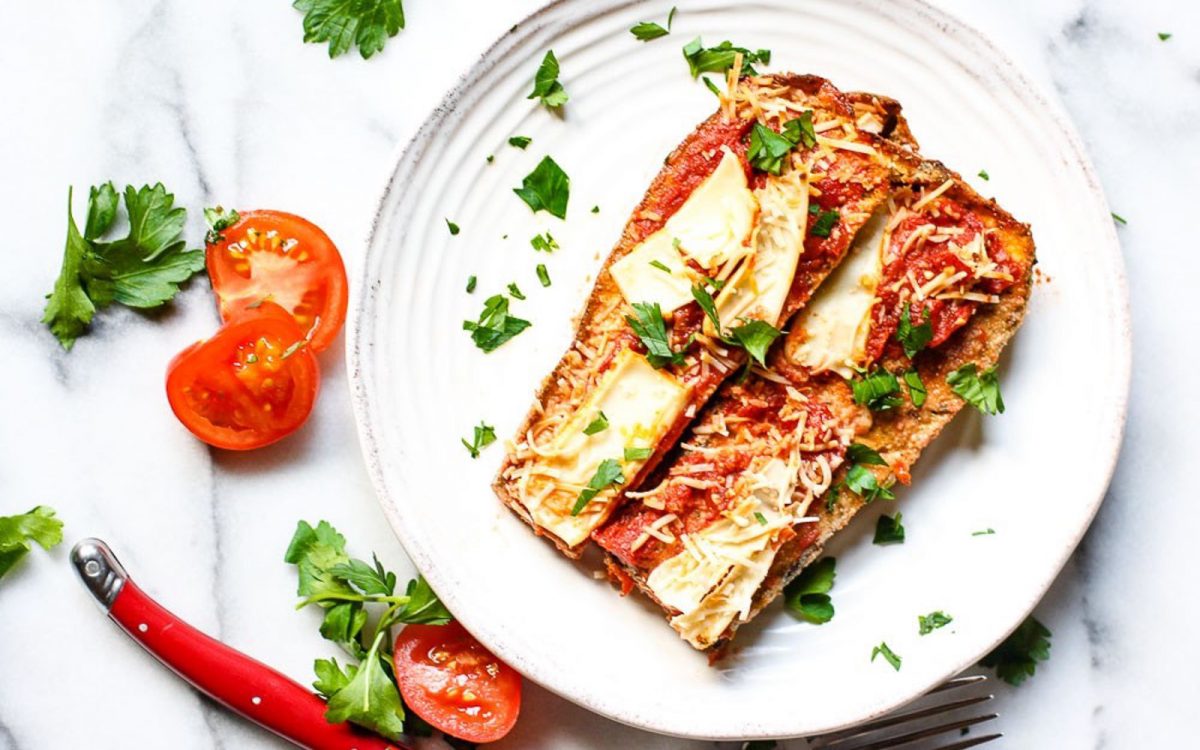 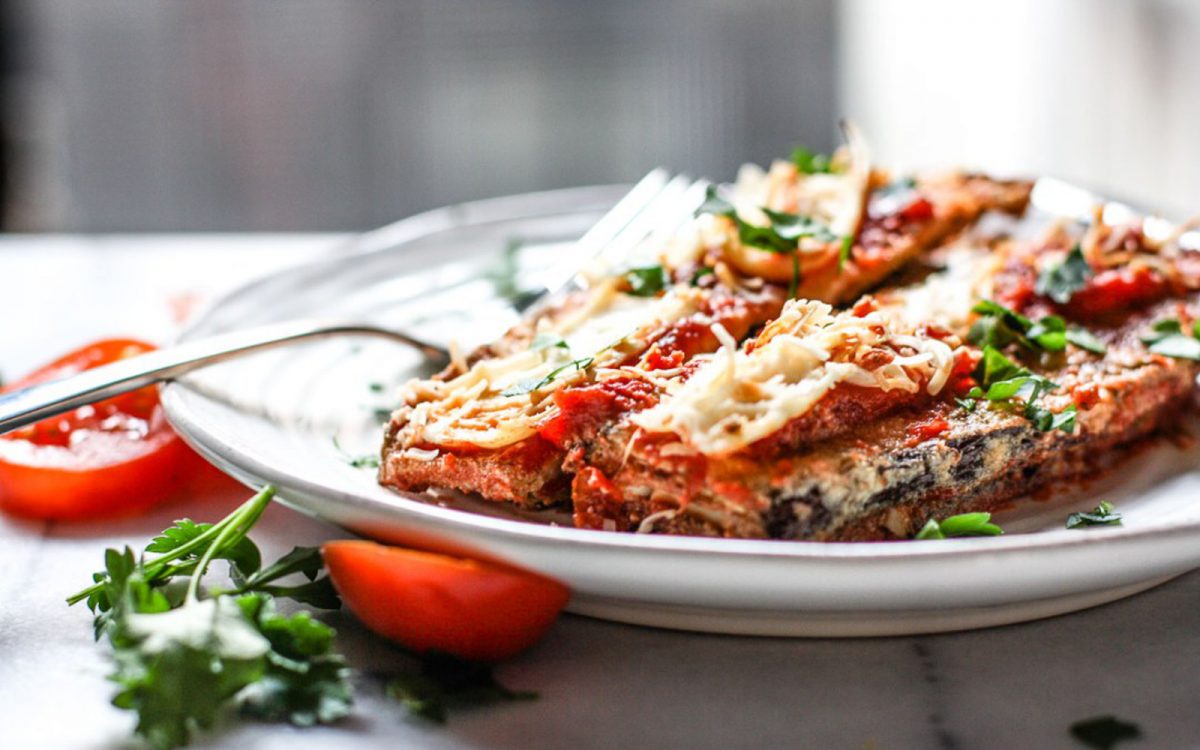 This dish tastes just as good as a traditional eggplant Parmesan. Instead of bread crumbs, it is coated in an herbed almond meal that browns beautifully in the oven. Then, it is covered in savory tomato sauce, vegan mozzarella, and baked again until warm, bubbly, and melty. This is a perfect go-to dinner whether you are getting ready to host a party or simply sitting down with the family.

Per Serving: Calories:396 | Carbs: 53g | Fat: 18g | Protein: 11g | Sodium: 342mg | Sugar: 15g Note: The information shown is based on available ingredients and preparation. It should not be considered a substitute for a professional nutritionist’s advice.

Delicious, chef-quality food that’s good for you and easy to prepare.

I've had many careers. I’ve been a chef, an acupuncturist, a lawyer, and a writer/editor. I use my Masters Degree in Oriental Medicine, combined with my training as a chef to heal you with foods and herbs.
I’ve found my passion and that is: Wellness. I love to cook delicious, chef-quality food that’s good for you and easy to prepare. I combine my passion for cooking with my knowledge for whole-body-wellness by using foods, exercise, meditation, qi gong, herbs and acupuncture to heal the body, mind and spirit. Check out my blog Kitchen of Youth!