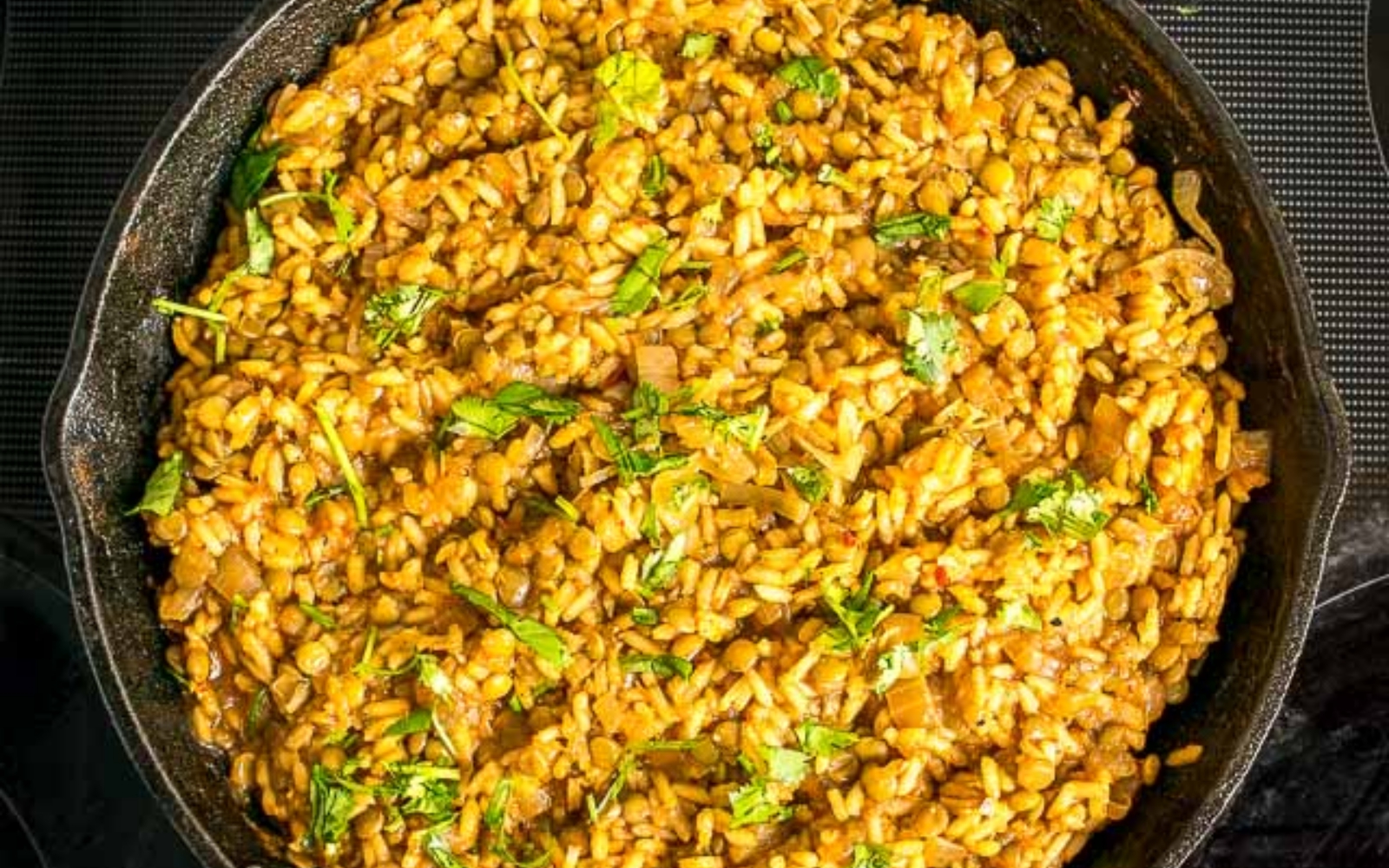 Here's an easy way to make a delicious Lentils and Rice dish. You can go easy on the chipotle if you want a milder version!

Yellow onions for this batch but you can try caramelizing white onions and they seem to work just as well. Season throughout the caramelization process, adding a pinch of salt at a time. (approx. 1 teaspoon total)

Per Serving: Calories: 344 | Carbs: 56g | Fat: 12g | Protein: 18g | Sodium: 280mg | Sugar: 7g Note: The information shown is based on available ingredients and preparation. It should not be considered a substitute for a professional nutritionist’s advice.

Two years living in Cozumel, Mexico turned Patrick into a Mexican food foodie.  He is the author of Mexican Craving:  9 Easy Steps to Cooking Authentic Mexican at Home.  Patrick returns to Mexico at least three times per week (in his kitchen) and shares authentic Mexican recipes and techniques on his blog Mexican Please.