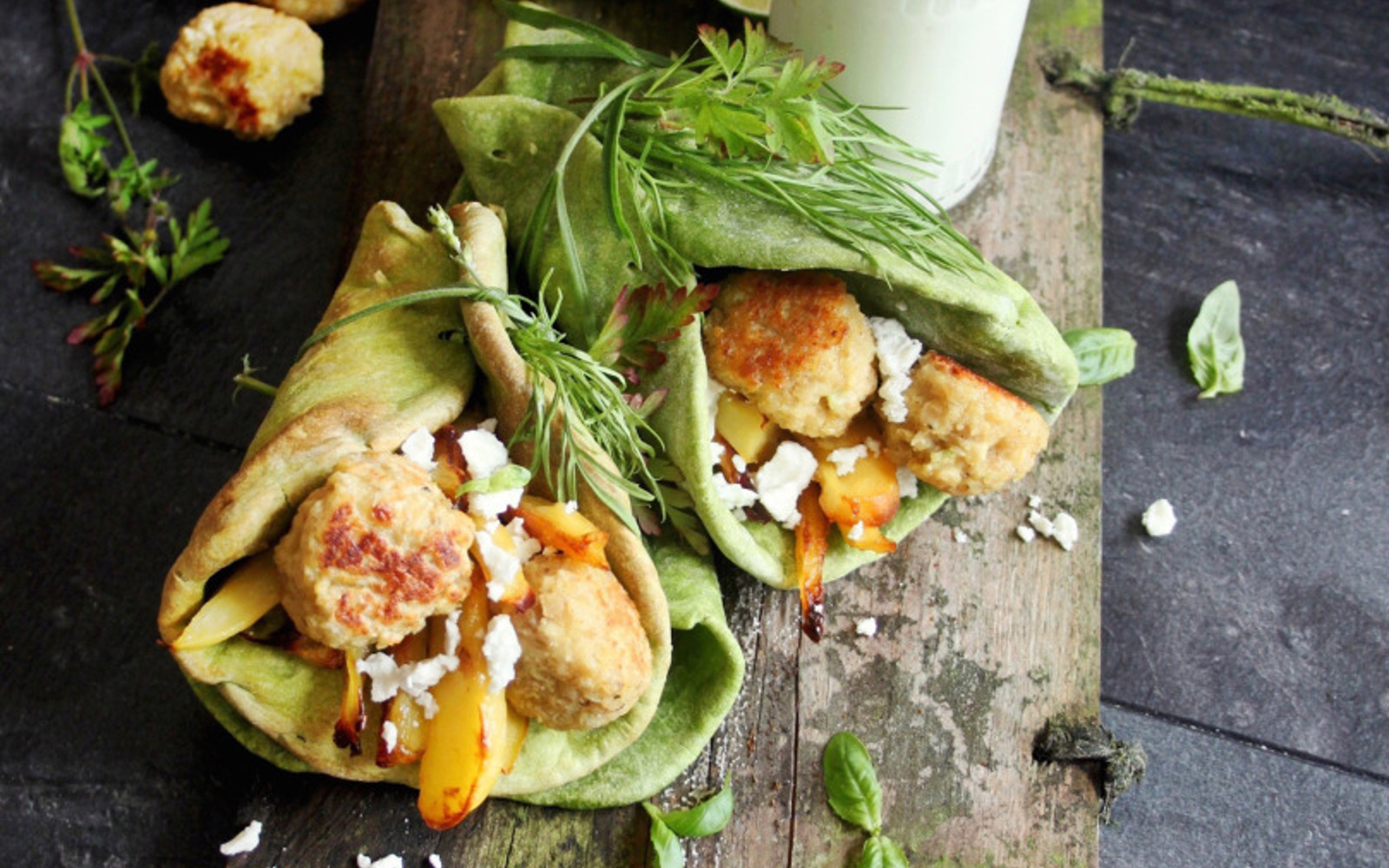 Falafel is typically made from chickpeas, but these oat-millet falafel are also worthy of holding the title. Crispy on the outside and soft on the inside, they're you'll want to eat them all before you can even wrap them up in the spinach naan. Potato fries and homemade almond feta crumble round off these green wraps for the perfect lunch.

For the Almond Feta:

To Make the Oat-Millet Falafel:

To Make the Spinach Naan:

To Make the Almond Feta:

Hey! I'm Lena. I share my recipes and photos in social networks like my blog or Instagram page- lenaliciously-. What I truly love is to inspire other people, getting in touch with foreign cultures, eating habits or enjoying the pure nature!