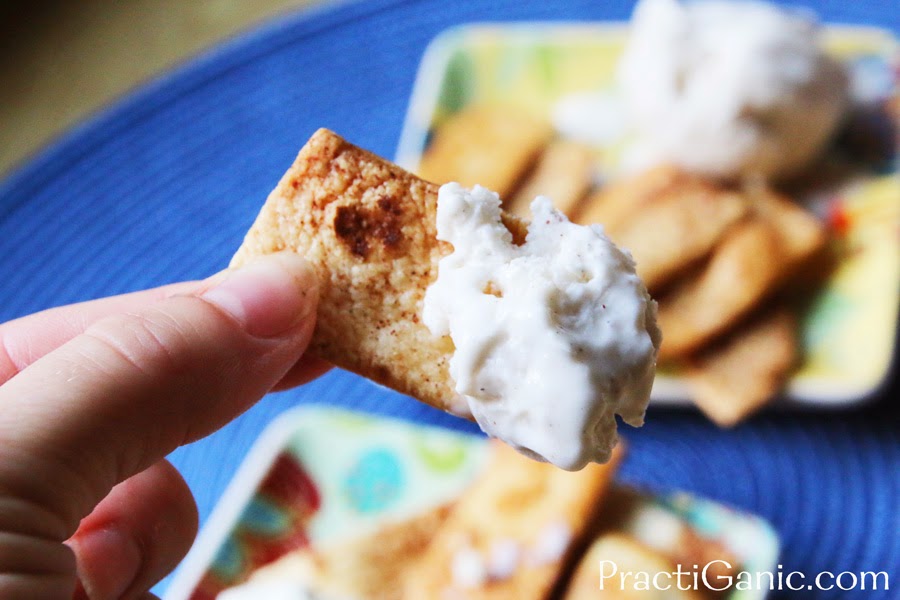 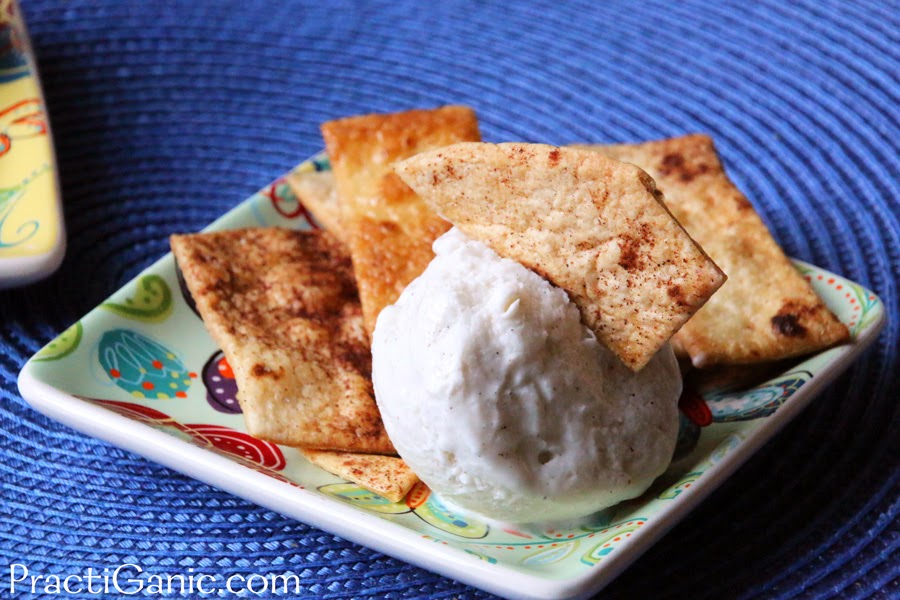 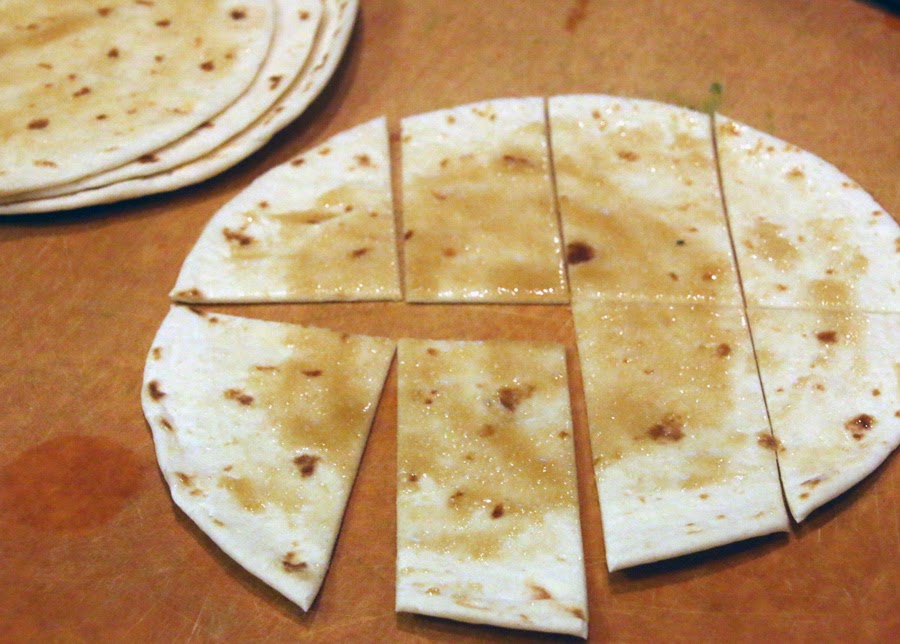 This recipe for Maple Ice Cream with Cinnamon Crisps is so tasty! The coconut milk maple ice cream is the perfect dip for the sweet cinnamon tortilla chips. Plus, it's quite easy to make!

For the Ice Cream:

For the Cinnamon Crisps:

Practical sweets and snacks that show the best things in life are homemade.

I have a constant desire to feed people good food and find the simpler, smarter ways of doing things. Being practiganic is about eating and living natural and organic while still being practical. Through this way of life, I have discovered the best things in life are homemade. Visit www.PractiGanic.com for vegetarian, vegan, raw and gluten free recipes, natural remedies, bath and body serums as well as fun and easy tips and tricks to keep your home PractiGanic while keeping your family happy!