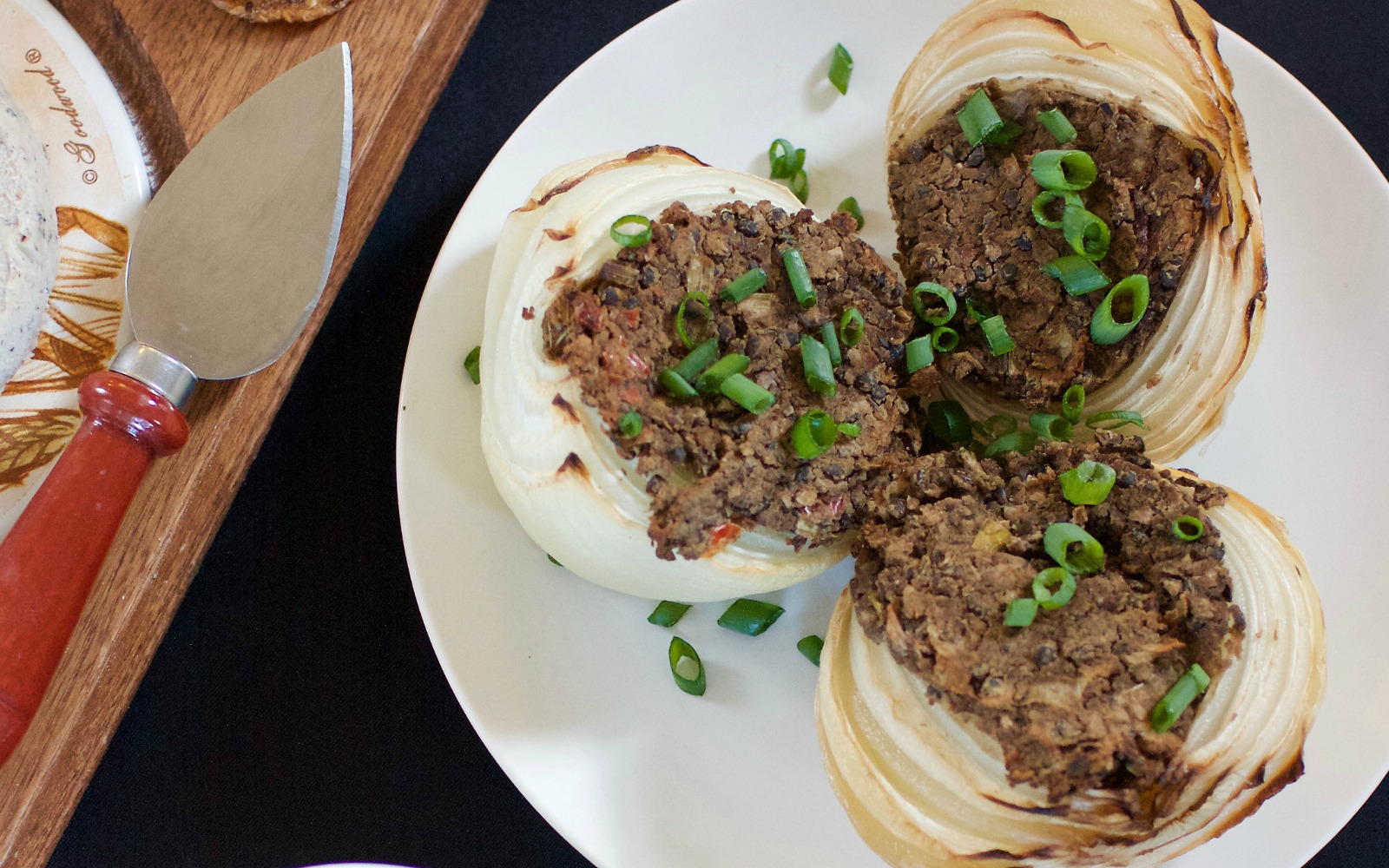 These stuffed onions are so simple, but so flavorful, and so delicious. White onions are stuffed with a savory mixture of lentils, chickpeas, red onion, and mushrooms that is puréed until crumbly. Then, they are baked until the onion halves are crispy around the edges and pleasantly sweet, savory, and a little tangy. These may be a side dish, but guests will be scrambling for them like they're the main course.

To Make the Stuffing:

To Make the Stuffed Onions:

Jasmine Briones, also known as The Sweet Simple Vegan, has dedicated her life to inspiring others to choose health. Jasmine is a Los Angeles living nutrition student and plant-based wellness and lifestyle blogger that works through her website and social media outlets to promote health and self-love.