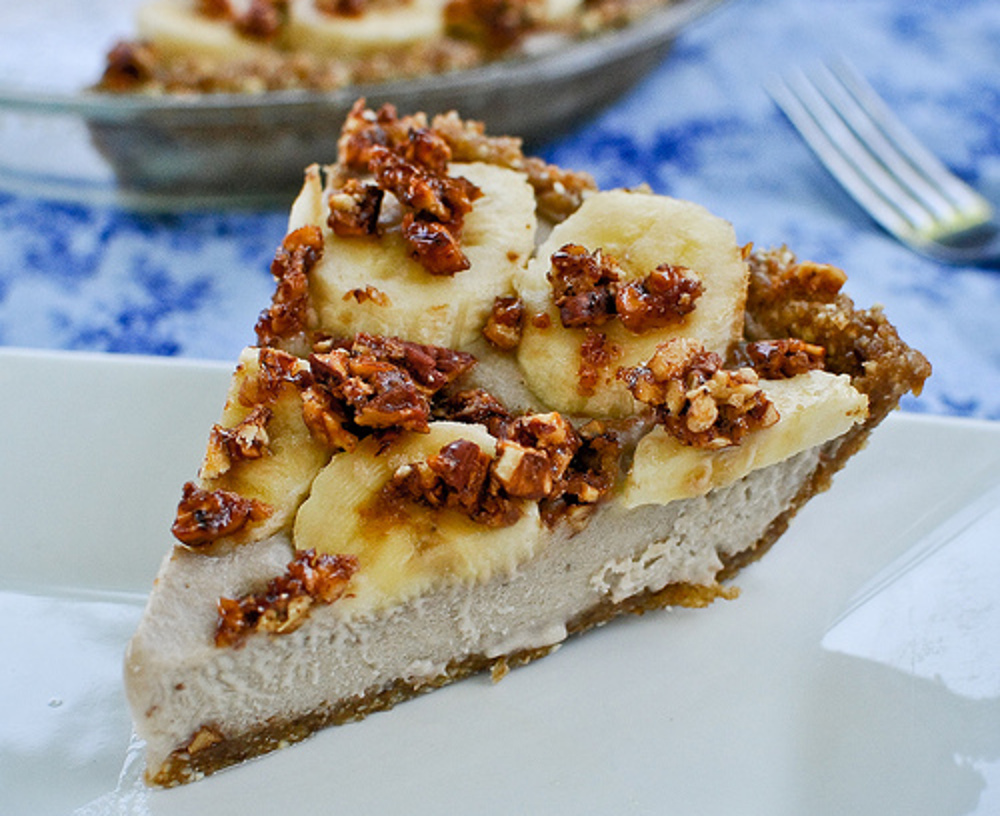 After seeing a recipe for a banana cream pie with bourbon and peanut brittle, which is unfortunately not vegan, gluten-free, or sugar-free (but I bet it’s delicious!) I was determined to figure out my own version. I’m not sure whether to tell you I failed or succeeded – on the one hand, it’s really not a banana cream pie, and it’s probably not at all like the original recipe. On the other hand, it’s a really delicious pie in its own right! I’m going to call it a win, and let’s just pretend I meant to make a pie exactly like this all along.

For the crust For the filling For the topping

My name is Jessica - I'm a photographer striving to eat clean, live green, and generally keep life simple. Follow along for healthy recipes and lifestyle tips, or learn more with my favorite books.