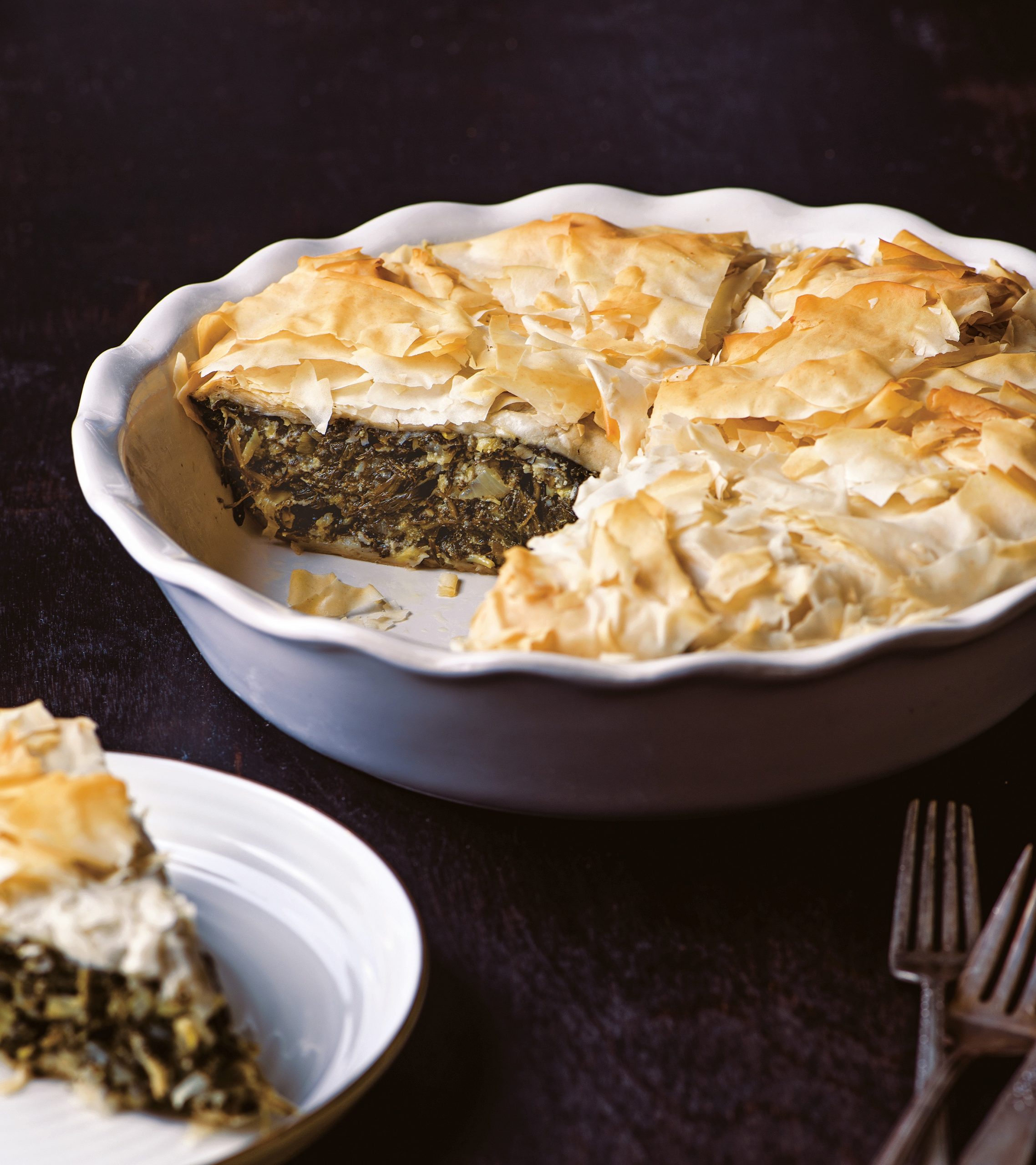 Even though it takes a little bit of work, the end result is totally worth it. It’s so good! This recipe calls for two pounds (907 g) of fresh baby spinach, which looks like a lot but wilts down significantly. It also calls for all of the alliums—onions, garlic, scallions, shallots, leeks, and chives—because they each add their own flavor, lots of dill, mint and parsley for herby freshness, artichoke hearts for tang, and almond feta for texture.

You can find vegan phyllo in the freezer section of your local grocery store. If yours is a different size, use enough to fill out your pie dish. Whatever you don’t use, you can refreeze.

Wait, That’s Vegan?! author Lisa Dawn Angerame guides you through 26 of the most important ingredients in vegan cooking so you can reach your full potential in the kitchen. With this book, there’s no need to feel intimidated, as Lisa devotes each chapter to a different vegan staple, giving you the chance to familiarize yourself with each one. Whether you’re new to vegan cooking or looking to deepen your understanding of plant-based ingredients, this book is an invaluable guide for anyone who wants to make amazing and nutritious vegan meals.