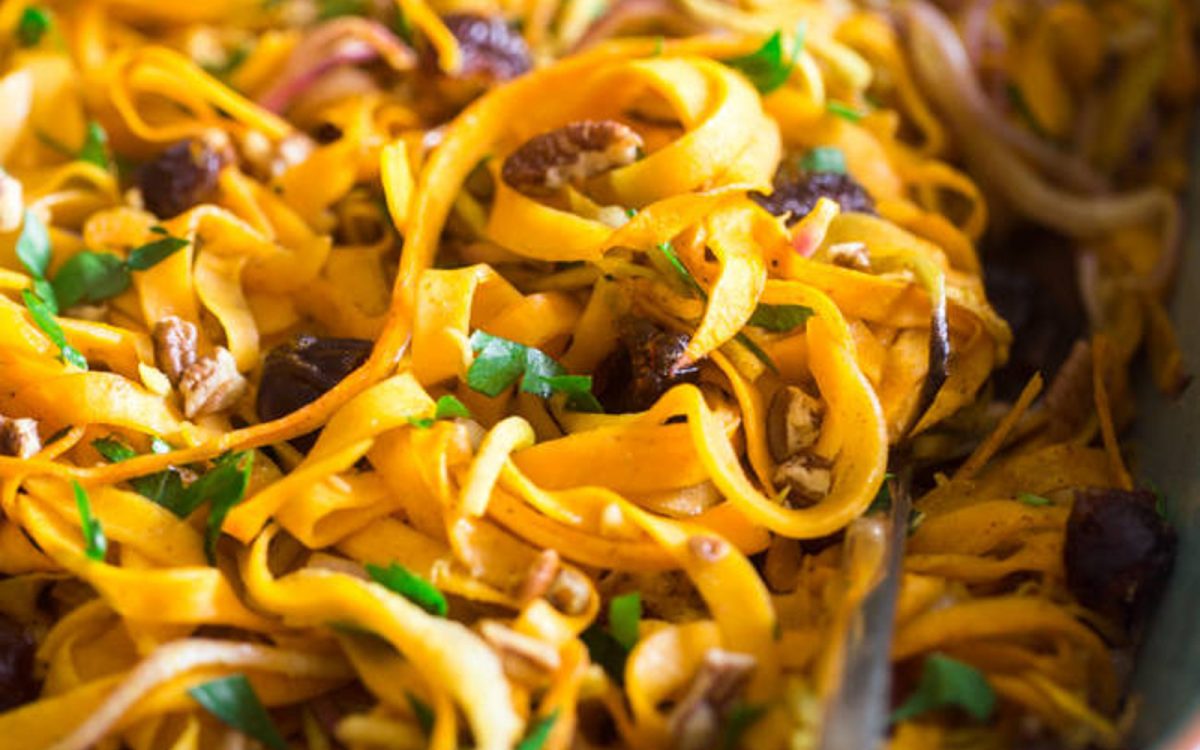 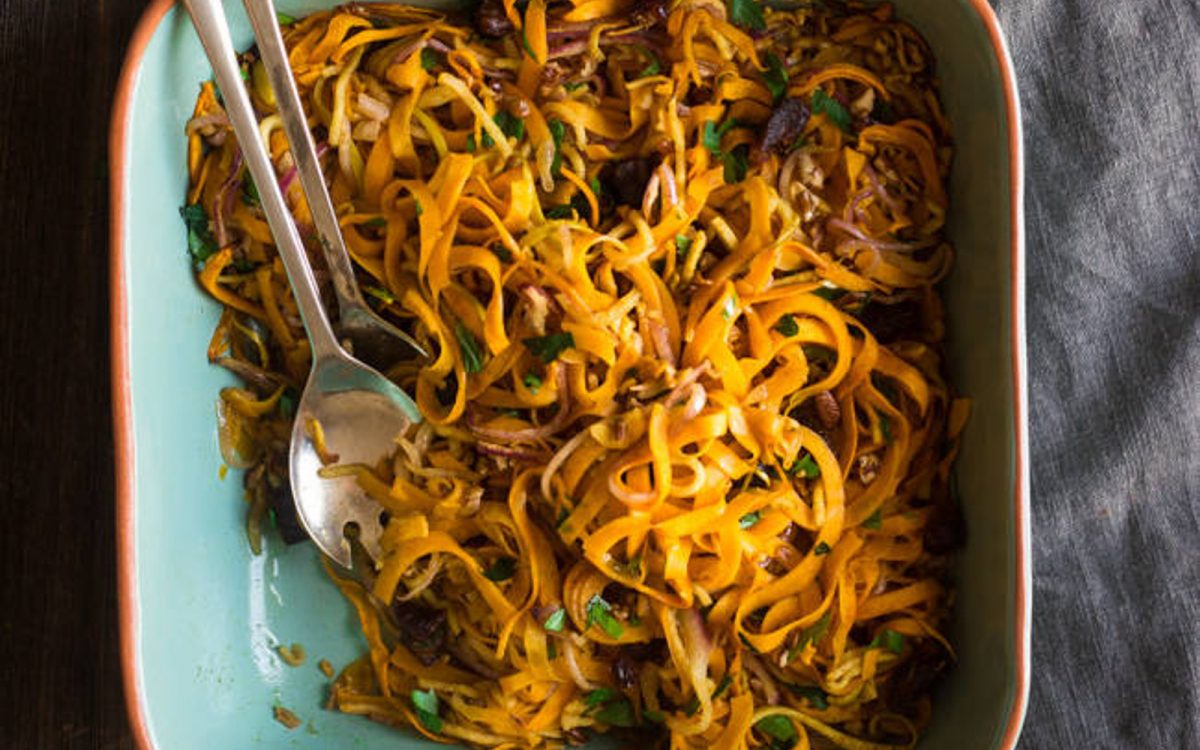 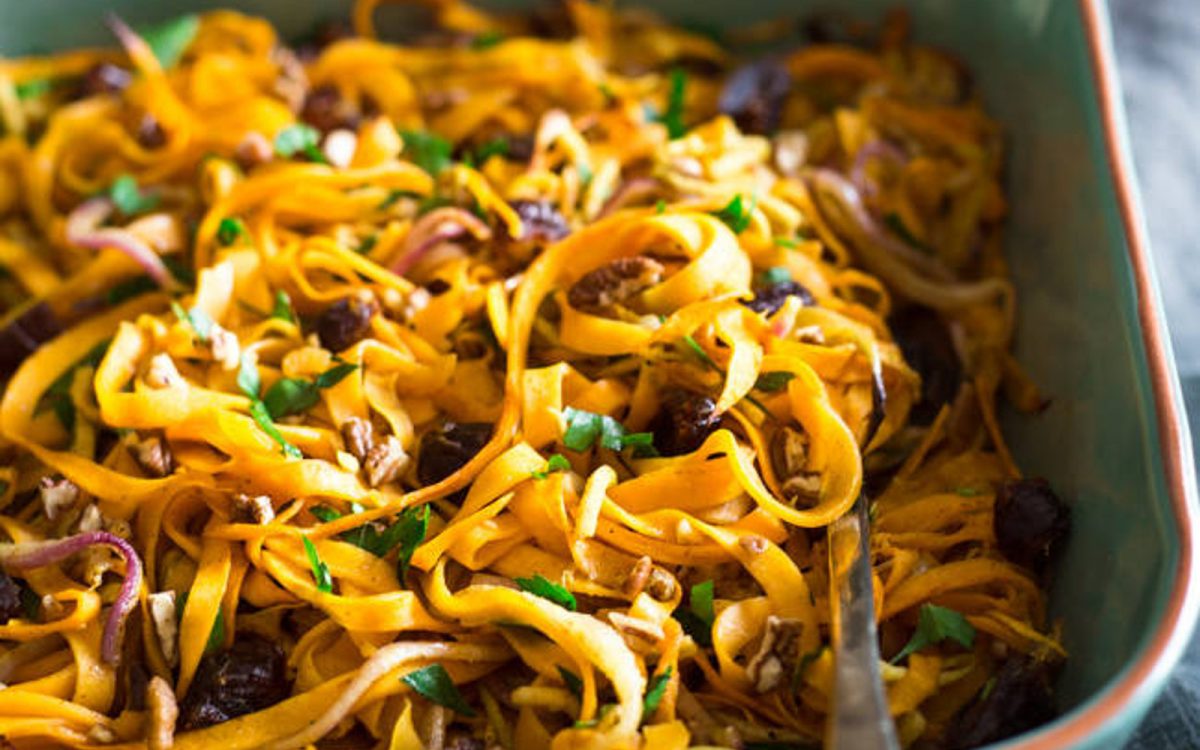 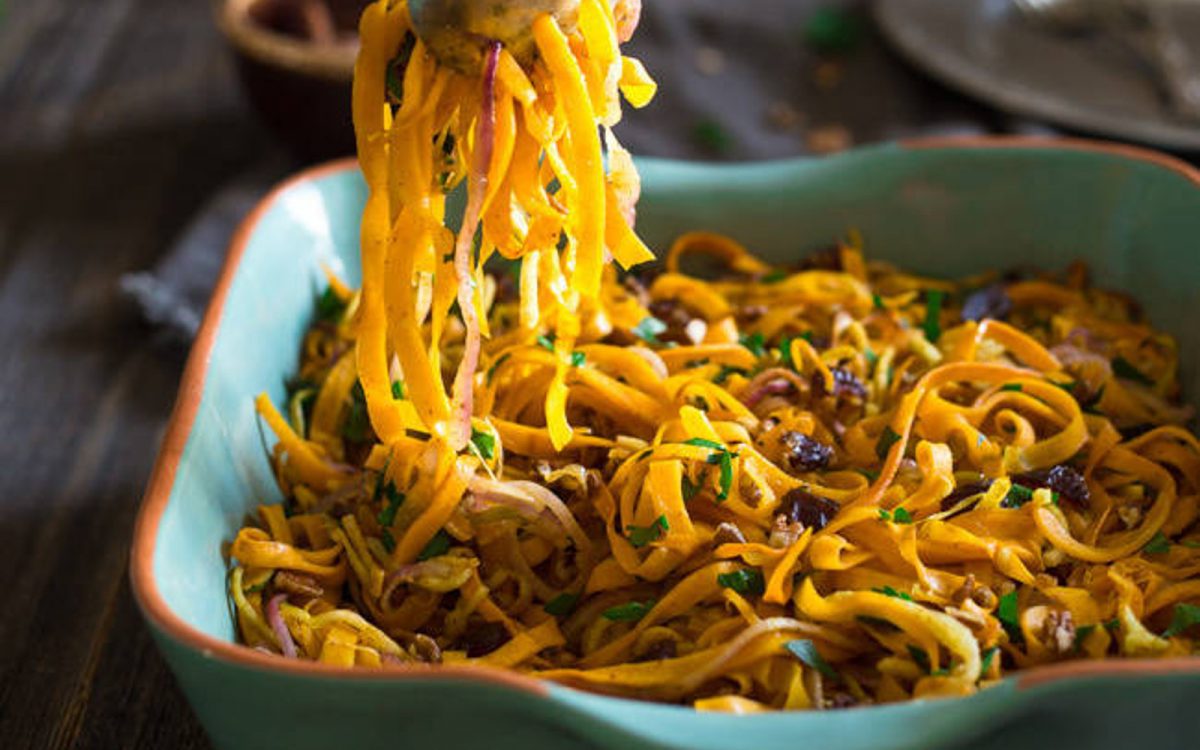 This colorful and vibrant veggie dish is bursting with flavor, both savory and sweet. It contains a medley of spiralized noodles – buttery butternut squash, crispy green apple, and tangy red onion – as well as pecans and dates. The whole thing is drizzled with maple syrup and then tossed in a mixture of warming spices like cinnamon, ginger, allspice, and curry powder. Delicious, healthy, and beautiful – what more could ya want?