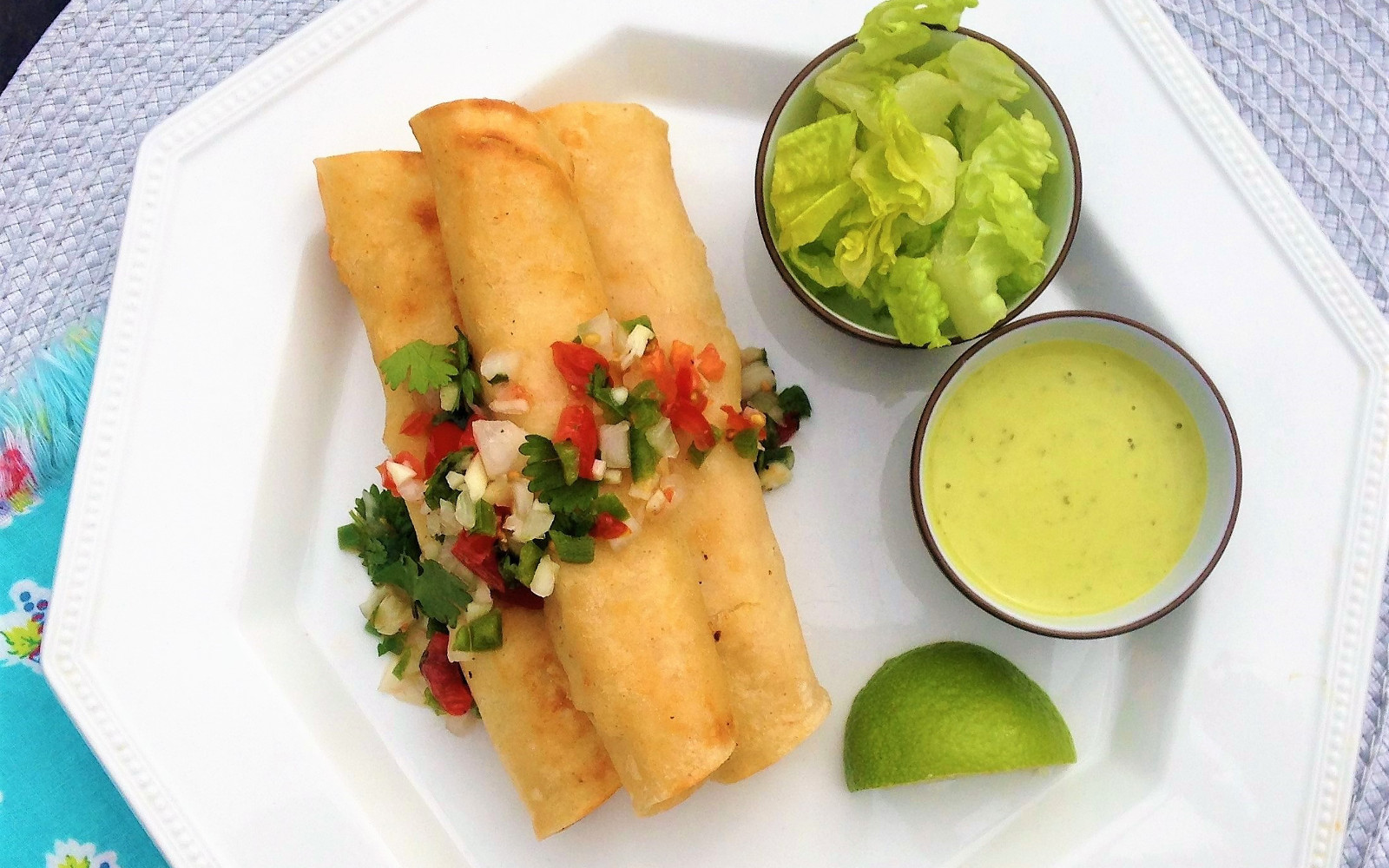 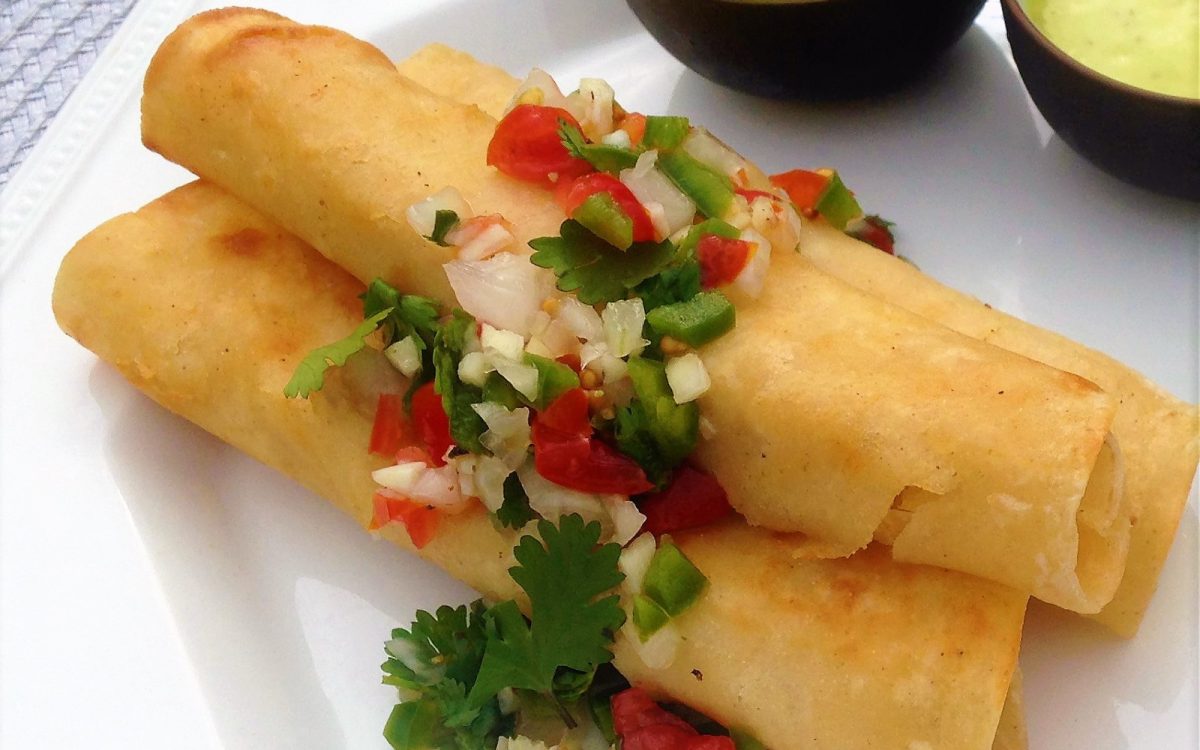 These crispy potato flautas capture the spirit of authentic Mexican flautas without sacrificing authentic taste. Soft, buttery potatoes and onions are rolled into a warm corn tortilla and then fried on both sides until crispy. It's served with crisp Mexican-style coleslaw on the side; fresh Romaine lettuce, cucumber, radish, cilantro, and scallions are tossed with creamy vegan mayo and a squeeze of lime.

Mary Robles was born in El Paso, TX and earned a BFA from Bowling Green State University. She is the recipient of a 2016 Creative Workforce Fellowship from CPAC in Cleveland, OH and serves as the Cleveland Support Group for Animals Asia Leader.