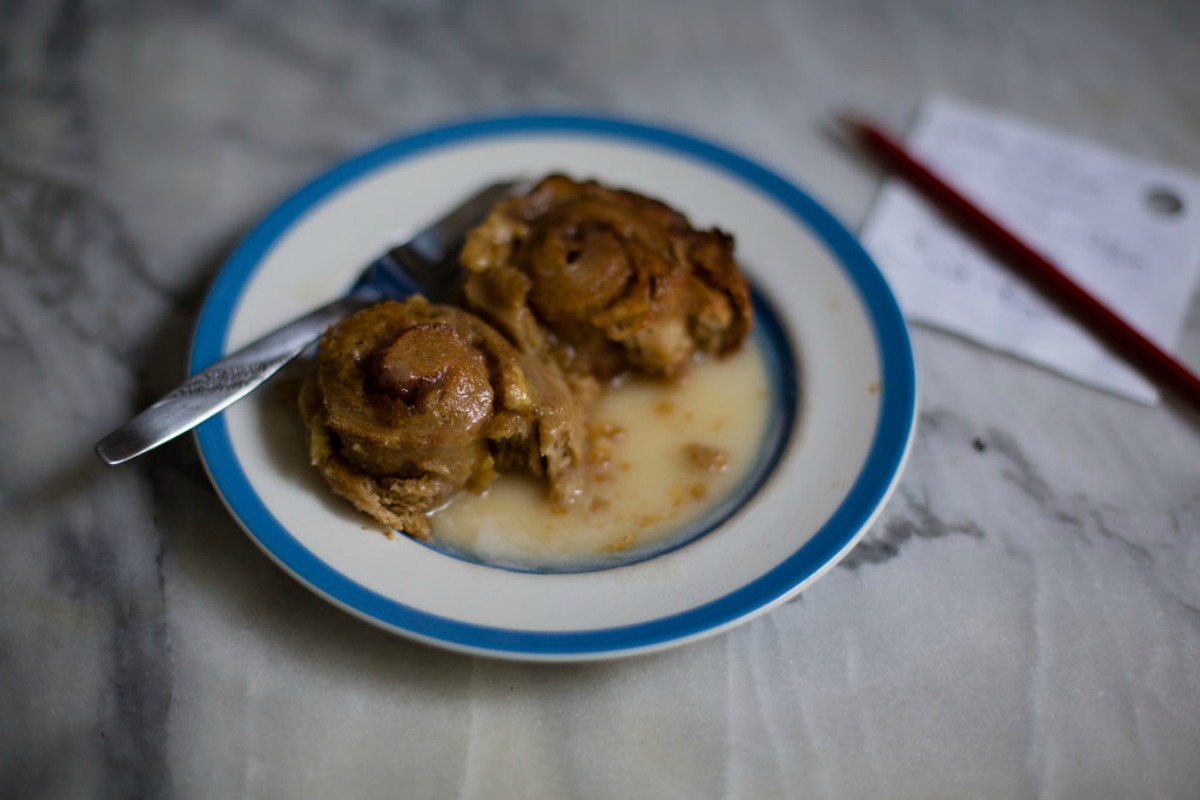 Bit of a mouthful there eh? Here I’m combining three of my favourite things: chai, marzipan and cinnamon rolls.

For the cinnamon roll dough:

For the marzipan filling: For the maple glaze:
Advertisement

Sarah decided overnight to become vegan; her health problems like eczema and chronic headaches plagued her for years disappeared. Sarah started her blog, Soy Division, to share recipes, tips, and reviews. Sarah is a big fan of dark chocolate, avocados, using too much garlic, and finding the perfect vegan mayonnaise.