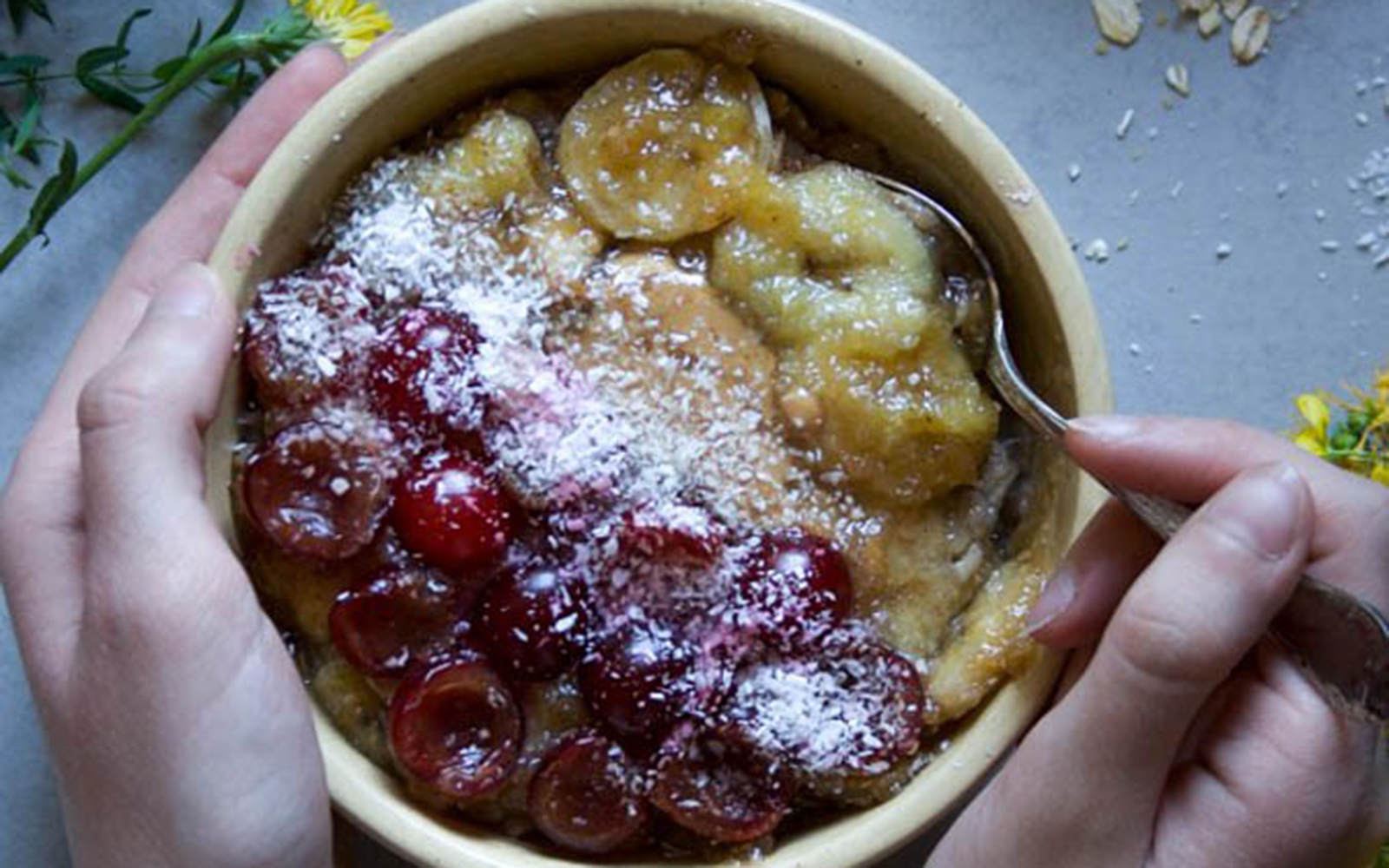 This caramelized banana porridge is banana infused, sweet, creamy and warming, perfect for the cold mornings.

For the Caramelized Banana:

For the Toppings (optional):

Per Serving: Calories: 822 | Carbs: 162 g | Fat: 16 g | Protein: 16 g | Sodium: 343 mg | Sugar: 28 g Note: The information shown is based on available ingredients and preparation. It should not be considered a substitute for a professional nutritionist’s advice.

My name is Stefani, and I’m the owner of the food and lifestyle blog Gluten-Free Stories. I’m a photographer, recipe developer, and stylist on a mission to create budget-friendly and simple healthy recipes that are gluten, dairy, and refined sugar-free. I believe that eating and living healthy doesn’t have to be expensive, and my recipes prove that!