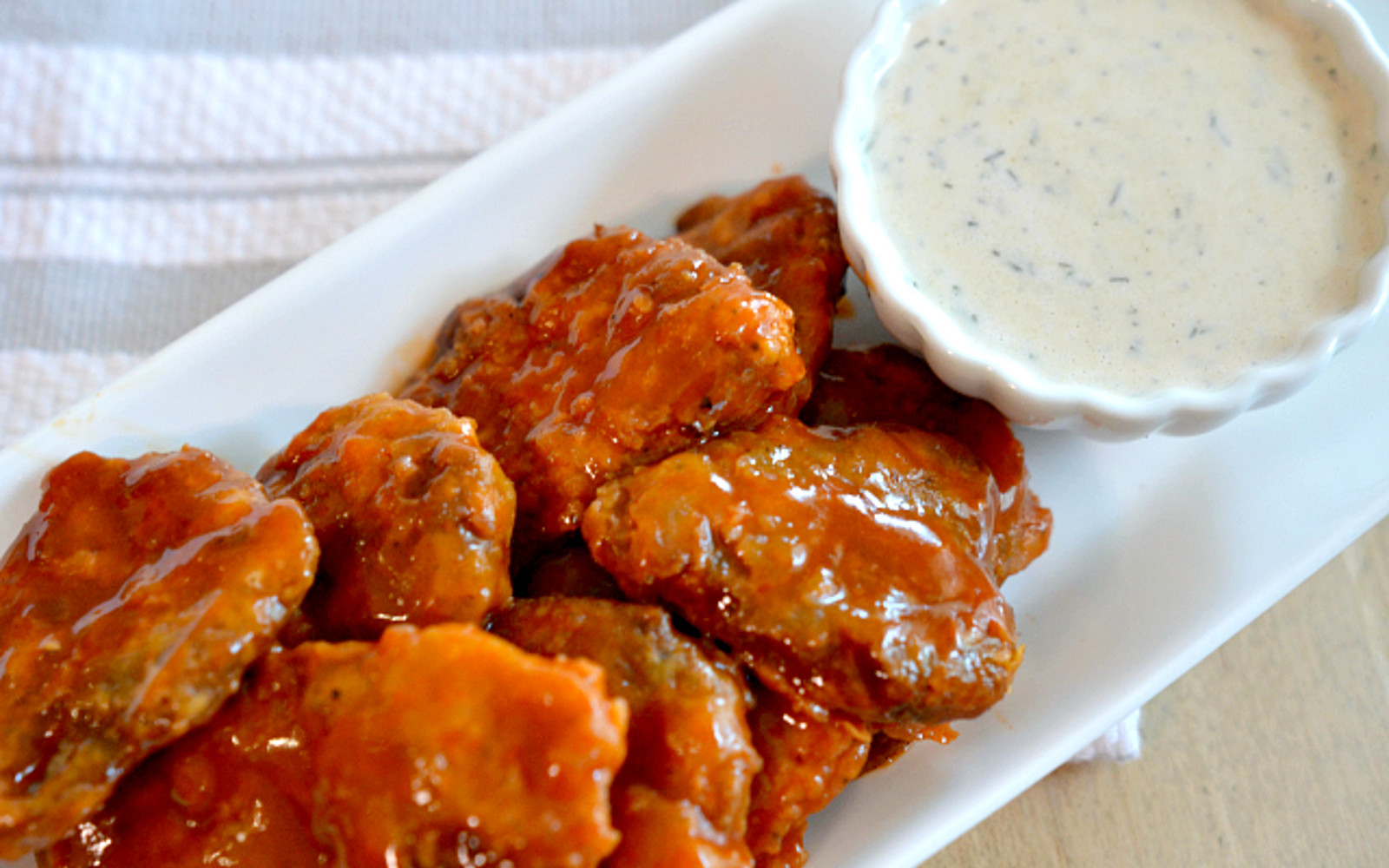 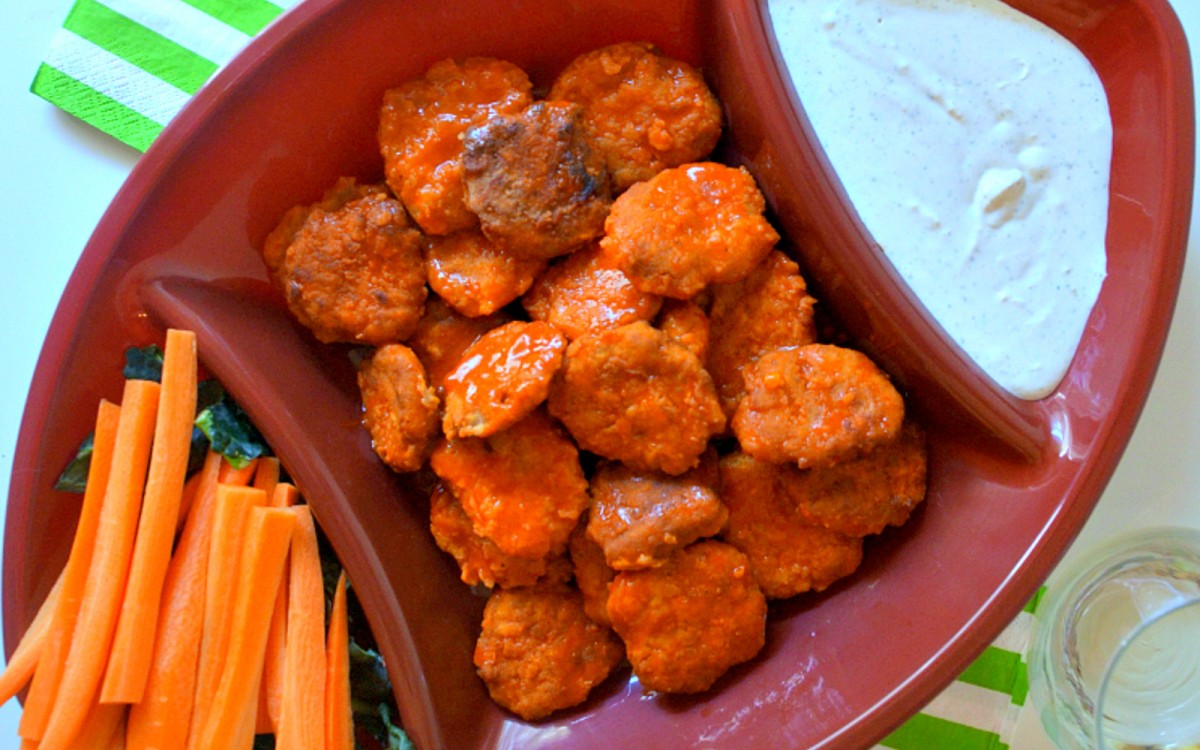 These buffalo seitan bites are tender yet chewy and the perfect size for snacking and dipping. They're baked to keep things easy, and then breaded and fried to keep things delicious. Then they're coated with buffalo sauce and served with vegan ranch, carrot sticks, and celery. They're the perfect indulgence when you're craving spicy snacks for game day, movie night, or anytime.

For the Buffalo Bites:

To Make the Seitan:

To Make the Buffalo Seitan Bites: