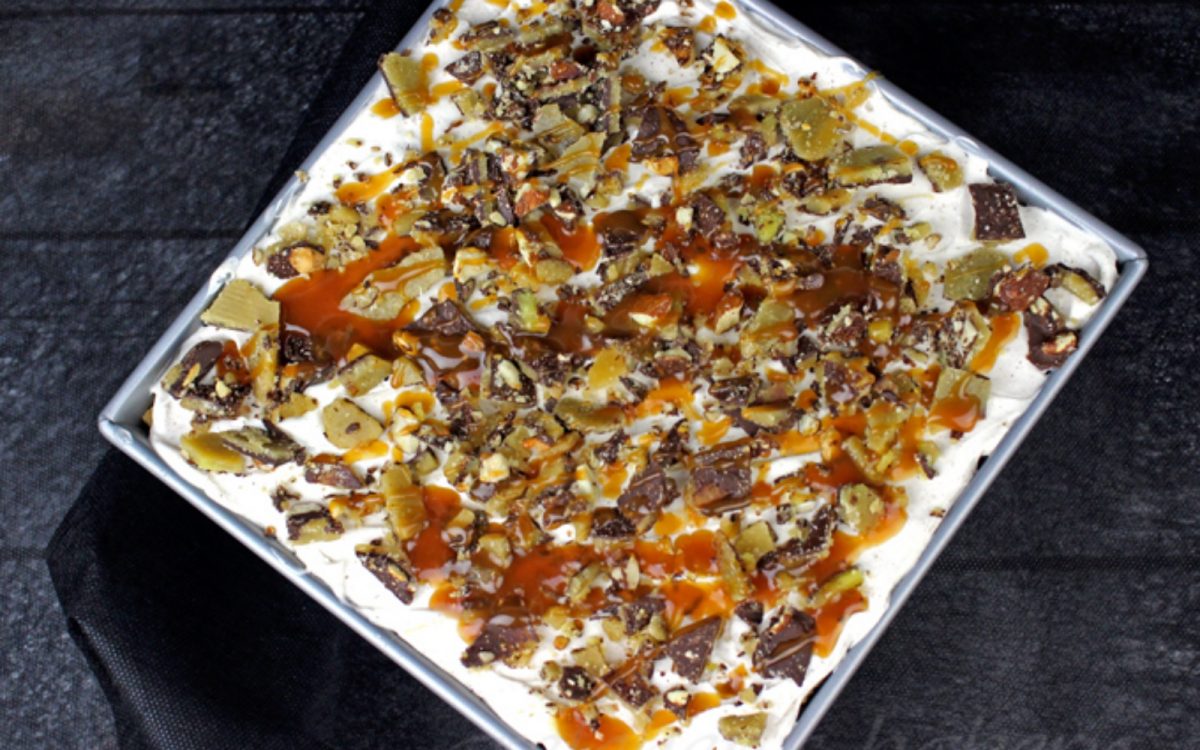 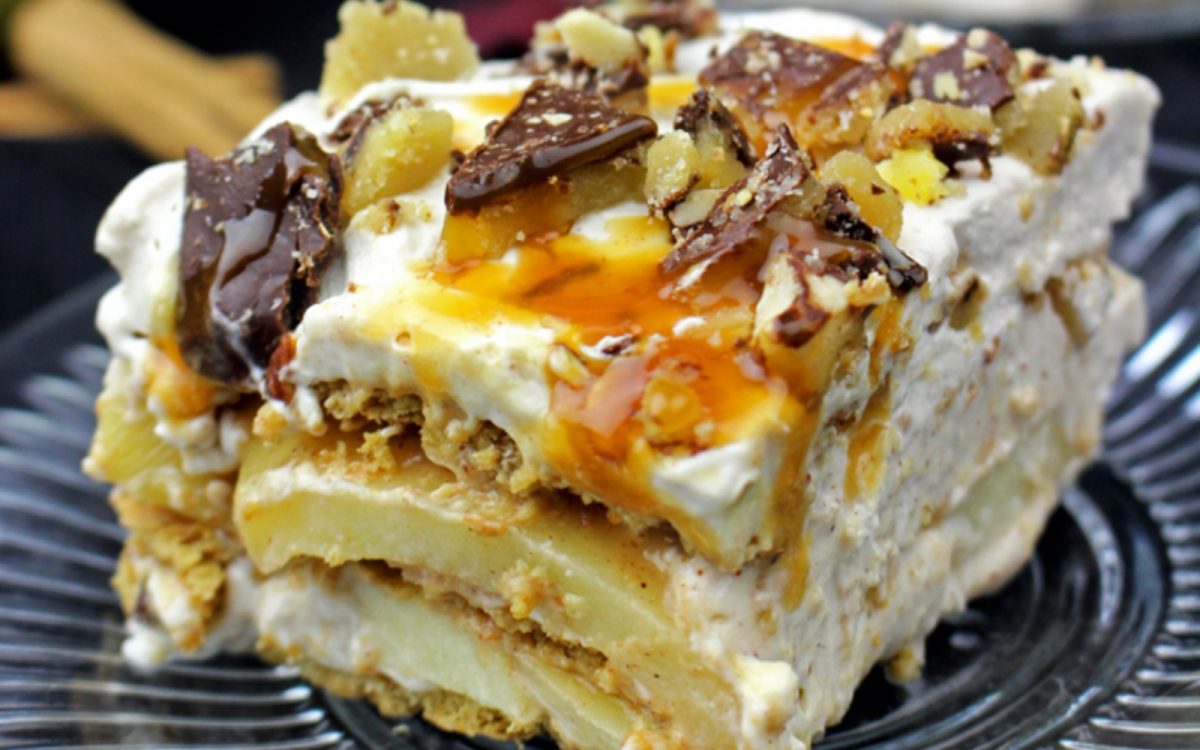 This apple lasagna is a delicious and sweet take on the classic pasta dish. Cinnamon sugar apples are layered with a cream cheese mousse and topped with vegan toffee and caramel. What more could you ask for? So decadent, cozy, and yummy. It is also really simple to assemble and no-bake! The hardest part about fall and winter is deciding which dessert recipes to make! This apple lasagna is definitely a great place to start.

For the Apple Layer:

For the Cream Cheese Mousse:

For the Vegan Toffee (optional):

For the Vegan Toffee Bark (optional):

For the Vegan Caramel (optional):

Vegan recipes from a professional baker that will make everyone the best bakers they can be.

My name is Gretchen Price and I am a professional pastry chef of over 20 years. For the last 5 years, I have been sharing all the recipes from my bakery at Gretchen's Bakery as well as my experiences in the professional baking industry. I make it my personal mission to help make everyone the best bakers they can be by teaching the science of baking while making delicious recipes. I recently transitioned my blog to vegan to get my business life in alignment with my personal beliefs. GoVEG!