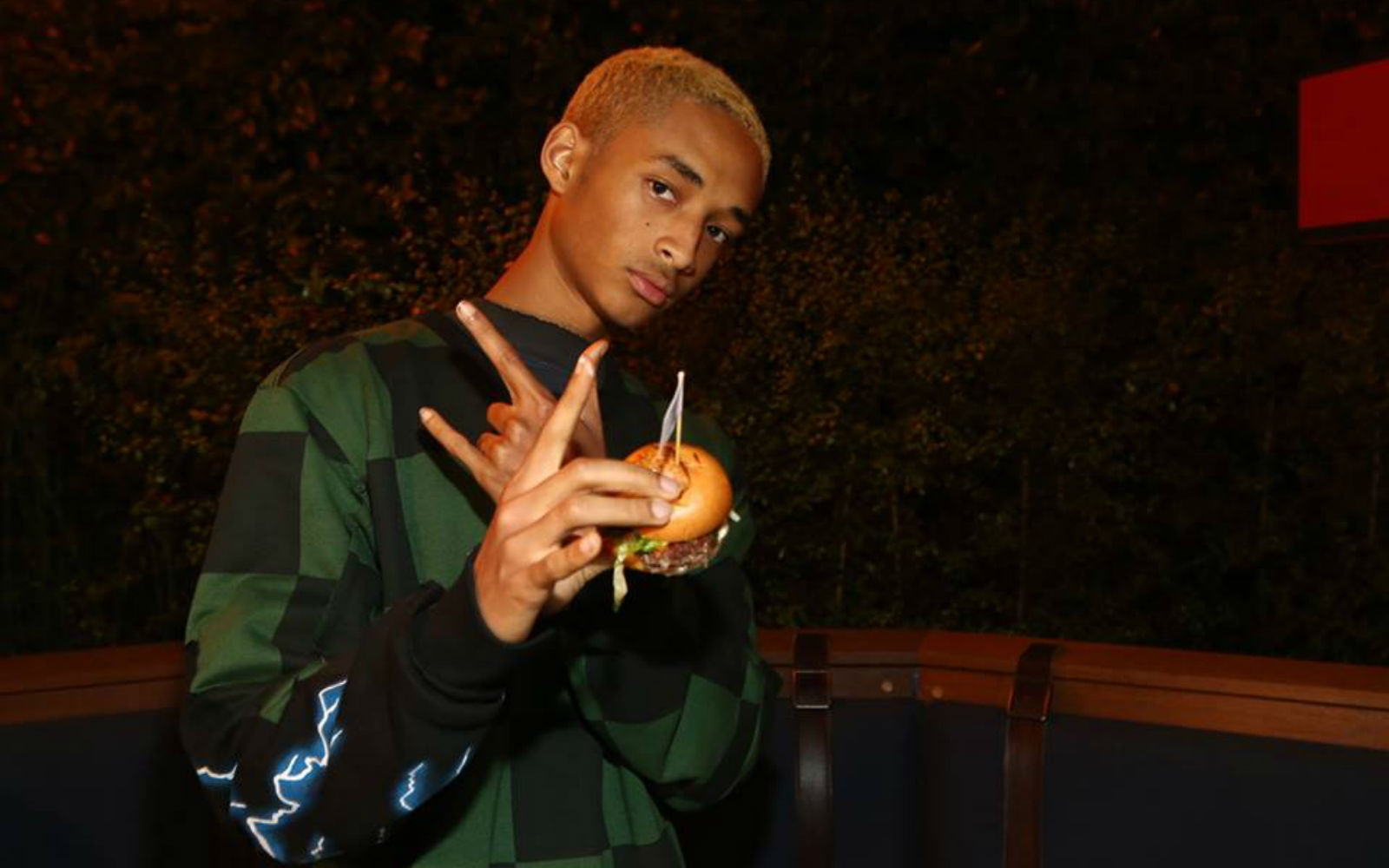 2017 is truly the year of the Impossible Burger. Ever since it debuted on the meat-centric menu of David Chang’s Momofuku Nishi restaurant, the plant-based burger that “bleeds” has continued to gain momentum and massive recognition, due to its innovative combination of wheat and potato protein, coconut oil, and heme, an iron-rich compound.

The beloved plant-based burger company entered into a partnership with Umami Burger to offer the vegan patty at 20 locations from coast-to-coast. Now, vegan celebrity Jaden Smith has revealed that he has an artist’s collaboration with the two chains — and to celebrate, he’s released a line of plant-based burgers called “Jaden’s Impossible Trio.”

Changing the World, Three Vegan Sliders at a Time 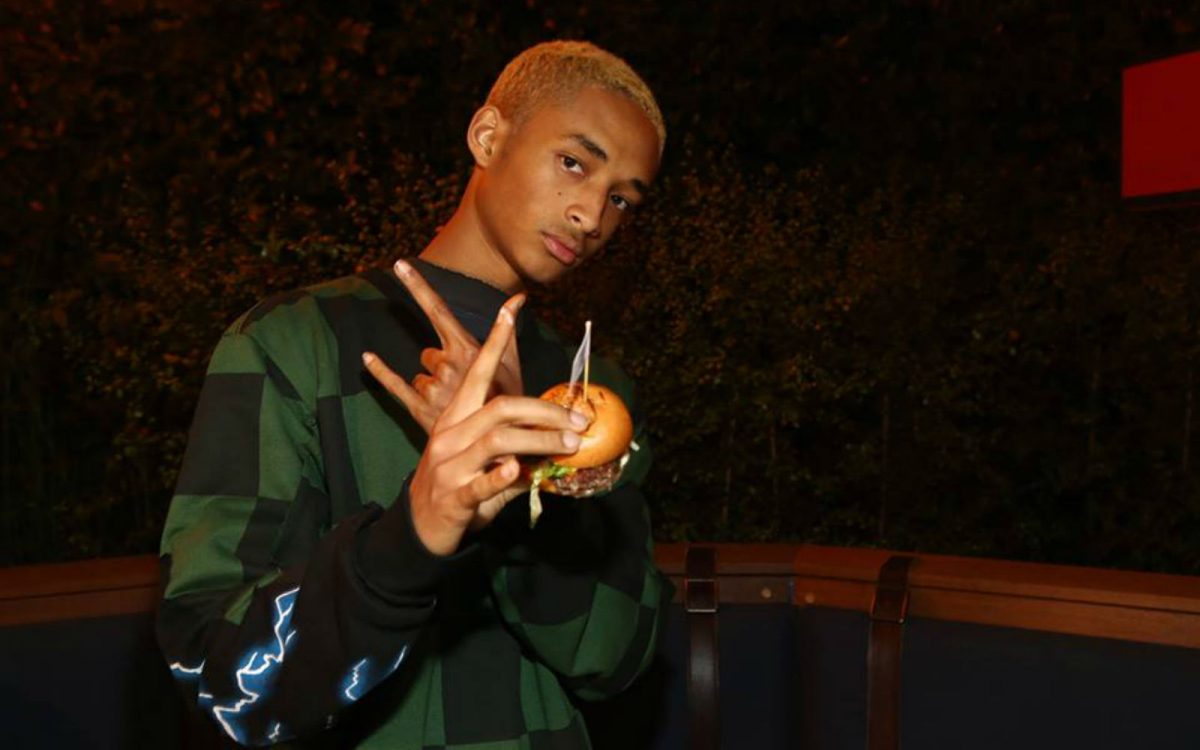 From October 12 through the end of the year, participating Umami Burgers nationwide will offer Jaden’s exclusive plant-based sliders. Know that while his patties are vegan, some of the burgers themselves include dairy, so you’ll have to eliminate cheese and aioli to make them vegan.

“From the first time I tasted the Impossible Burger, I knew I wanted to be part of the positive change that Umami and Impossible Foods were creating,” Jaden said in a press release. “They are at the forefront of food and technology and continue to move into the future of plant-based diets. I’m excited to celebrate this social impact and bring the youth with me.”

Adds Sam Nazarian, Founder and CEO of sbe, Umami Burger’s majority shareholder: “sbe is known for bringing together like-minded partners across industries. Now that we’ve taken Umami’s Impossible Burger nationwide, we wanted to celebrate the launch with another incredible Artist Series. With Jaden Smith’s undeniable passion for healthy living and strong social influence, we’re pleased that by creating this limited-time trio, one important cause can help fuel another.” 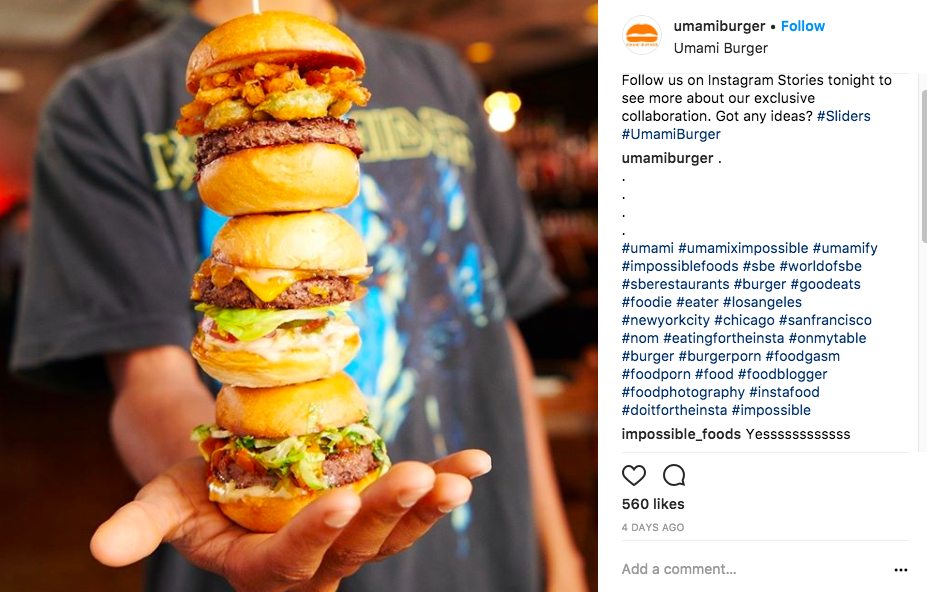 You can watch this video to learn more about Jaden’s collaboration with Impossible Burger and Umami Burger, and visit umamiburger.com to learn whether or not your closest Umami Burger location carries the trio.

If you want to create your own vegan burgers, we highly recommend downloading our Food Monster App, which is available for both Android and iPhone, and can also be found on Instagram and Facebook. The app has more than 8,000 plant-based, allergy-friendly recipes, and subscribers gain access to ten new recipes per day. Check it out!