How to Make Your Own Sourdough Starter and Why You Should 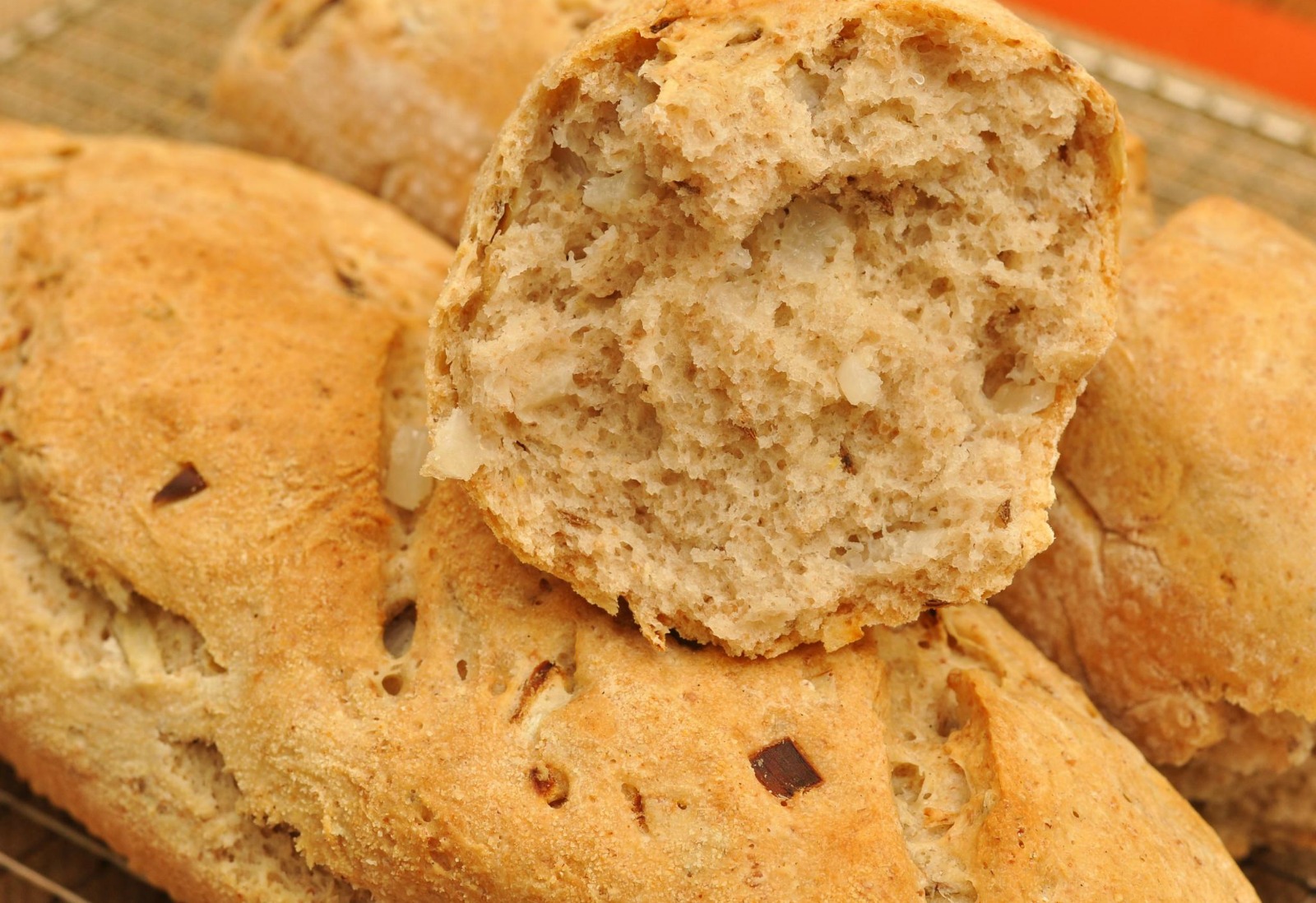 For those who have appreciated the wonder that is sourdough, we know that there is a very exact why in why we should make sourdough bread: It’s amazingly delicious. In essence, it is the way bread should be made, the means by which it was done before mass production yeasts became the modus operandi. Sourdough is the natural way, a harnessing of the wild yeasts from the air around us, a combination (rather than the singular type in store-bought yeasts) that creates complex and deep flavor.

While taste is certainly enough reason to get a sourdough starter on the go ASAP, it is not the only, nor the most important consideration. Sourdough bread is actually much healthier for us. The acids created in the fermentation of the starter make flour more readily available for digestion, subduing phytates in flour that prevent us from absorbing it well. The fermentation process also produces good bacteria for the digestive system and make gluten more digestible, reducing intolerance.

Some people have even said that white flour sourdough is healthier than regular shelf-stable whole wheat bread by the simple virtue of our body being able to handle it appropriately, and it being less processed. Of course, the best option would be to make a whole-wheat sourdough loaf with some whole grains on it and forget about it! If it tastes better, it’s less processed and it’s better for us, we best get on board and make ourselves a sourdough starter.

The Mystique of the Starter

For those of us loosely in the know, who have been in the bread-making game for a while but not necessarily fully immersed in sourdough, we’ve heard about the starter. Many of us even have a small fear of it, this weird lump of living matter that gurgles and smells and sometimes even dies. We know that it must be fed. We know that it grows, that it can “mother” other starters, that it is something that requires some sense of devotion. It’s serious business. 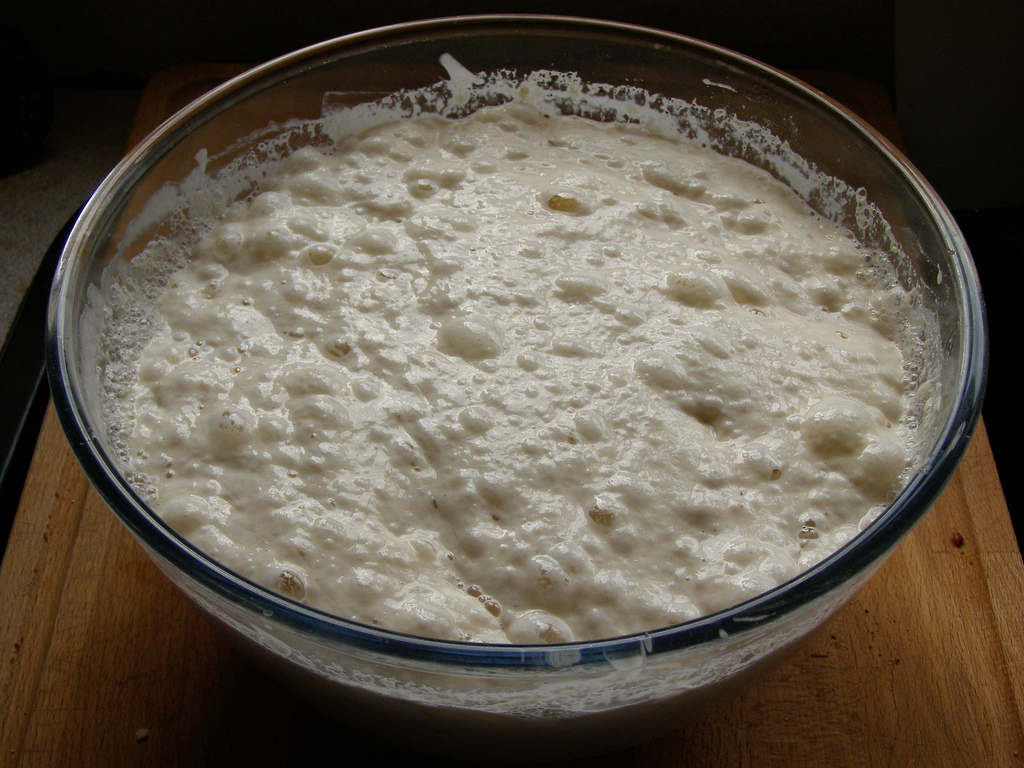 Undoubtedly, this mystique has been one of the major contributors to why processed yeasts — not sourdough starters — have enjoyed such popular success in the last century or more. Store-bought yeasts (the baking and brewer’s type kind, not nutritional yeast) comes in convenient little store-bought, pre-measured packages to be opened whenever we choose. And most types are composed of only one type of yeast per package, which makes the bread-rising process easier, more uniform and, ultimately, more widely marketable. Unfortunately, like cookie-cutter homes or frozen dinners, this very convenience over-simplifies and devalues what bread is.

However, in the age of convenience, the daunting task of creating and maintaining a sourdough starter has seemed an unnecessary labor of love. Baking has transformed: Cake now comes in boxes, “homemade” cookies are found in refrigerated tubes, and even DIY bread had been wrangled by science. Sourdough starters are often thought of as only being suitable for specialists who have extra time.

The Resurgence of Sourdough

But, the times they do change, and the way we’ve been doing things, the convenience food movement, has come to call. Human bodies of the twenty-first century have begun to show the wear and tear of poor maintenance. Heart disease, diabetes, and allergies are reaching all-time highs, and food processing is most definitely finding an accusatory finger pointing in its direction. Amongst the newly escalating ailments are celiac disease and gluten intolerance, and considering the amount of bread in most of our daily diets, that’s a big deal.

Then, lo and behold, the old — or, we should say, natural — processes by which we used to make bread are slowly making a resurgence. It began with whole wheat as opposed to white flour, which it turns out stripped wheat of much of its nutrients. While white flour lasts longer and makes chewier bread, a quality of being more glutinous, it is so nutrient-deficient that factories legally have to add vitamins back into it, hence the name, “enriched” flour. However, this doesn’t seem to be the only problem.

Even whole-wheat breads are off the table for those with gluten issues. The hybridization and modification of wheat in our fields seems to be causing unresolved health concerns, because the fashion in which we go from flour to loaf is problematic. Thankfully, sourdough breads are now proving that there is an underlying, unseen purpose in the process, in the amalgamation and fermentation of wild yeasts. Now, sourdough breads, once considered lesser, are what many health-conscious people crave, and with good reason.

Another big impediment that has prevented many a novice bread-maker from having a sourdough starter is that is many believe it requires a mother, a piece from an existing starter. While this method does make the process a bit easier (or possibly profitable for companies selling starters), it isn’t at all a necessity. After all, starters had to start from somewhere at a time when existing starters didn’t exist.

In fact, creating a sourdough starter from scratch is much easier than we’ve been led to believe. It requires few ingredients and even less know-how. And, in the end, the wild yeasts that congregate in the starter are actually from the air around us, from the very flour that we’ve used to make it, such that through time, the yeast from an imported San Francisco starter isn’t nearly the same after a few feedings in New York. In other words, there is no benefit from getting a starter from elsewhere.

Okay, so here’s how to do it: You need flour and water, a glass jar with a lid (or plastic wrap) to put it in, and a spoon to mix it with. You’ll also need a scale (This will be done by weight, not volume). The last and toughest ingredient to find, however, is patience; even in optimal conditions, a starter will take days to form. However, with appropriate feeding, it can last for years, decades, even centuries.

Use it for bread, for pretzels, for stuffing and for better health. Another great way to find delicious ways to use your sourdough starter is by downloading the Food Monster App, a food app available for both Android and iPhone — just search for “sourdough”!

Before we depart to start, just a few words on maintenance: A starter will keep just fine if this daily regiment continues, but, of course, it is this very obligation that has prevented many from acquiring these yeasty little pets. Storing sourdough starters in the fridge slows down the process such that they can be fed once a week, and in this case, it might be worth doubling the amount flour for feeding. Another option is creating a dry starter, spreading the original starter out to let it dry, then breaking up the flakes and storing it in an airtight container. To get things up a running again, simply reconstitute the flakes into four ounces of water, adding four ounces of flour afterward. It will awaken into the beast it once was.

A special thanks has to be extended to Michael Pollan, our ever-beloved pioneer of the modern food movement, whose book Cooked inspired in me a new interest in bread (and other things) as well as much of the knowledge shared in this article.