How to Make Starbucks-Style Drinks – Healthier! 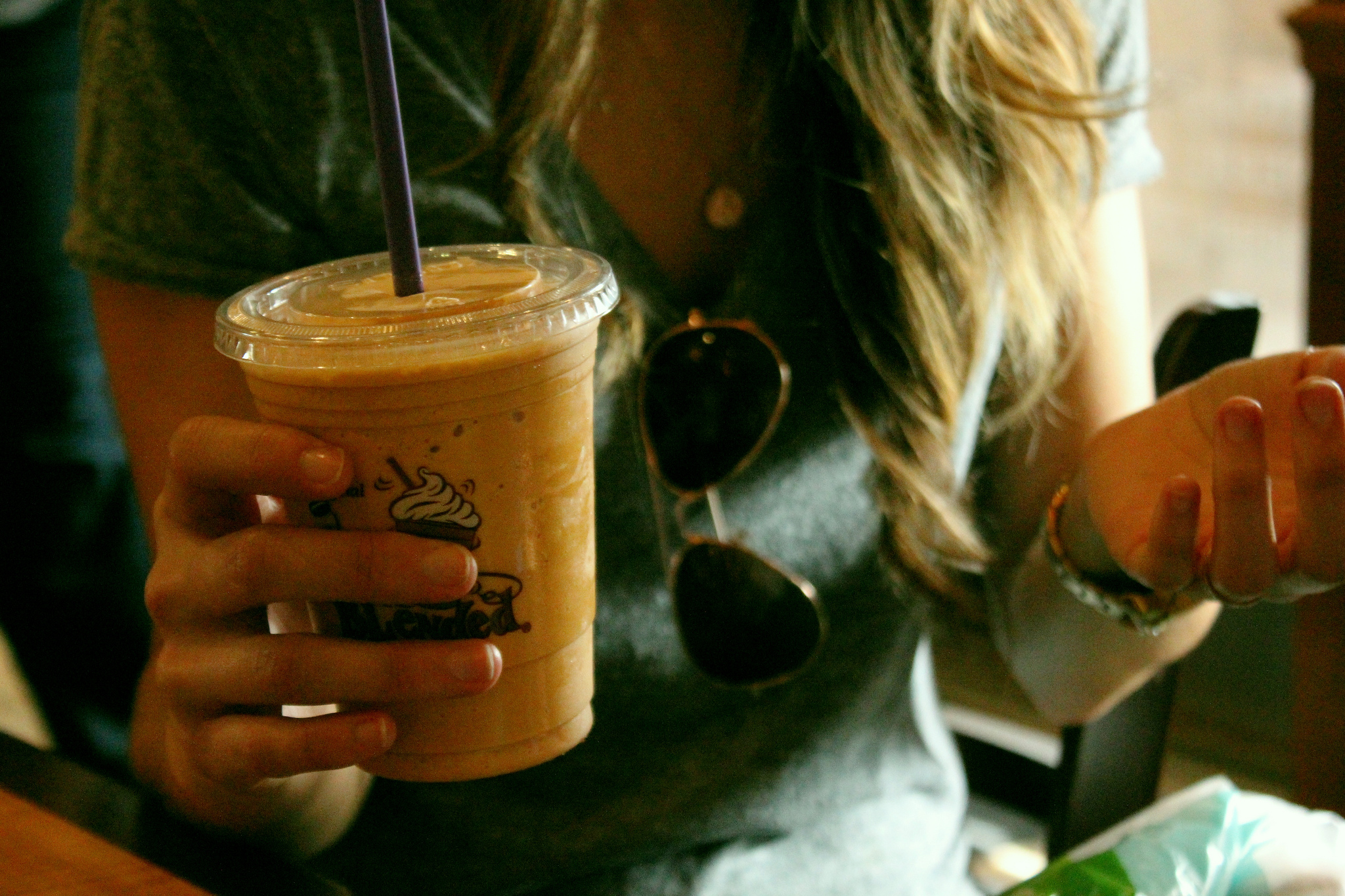 So, you’ve started off your day drinking a green smoothie after the gym, you had a quinoa salad for lunch and you’re feeling pretty good – but then you pass by a Starbucks and are lured by the green sign towards promises of a creamy, milkshake-esque frappuccino, with loads of fluffy, sweet whipped cream piled high like a pillowy cloud on top.  If you get a strawberries & creme flavor, that totally counts as a serving of fruit, right? But a grande (medium) java chip frappuccino made with whole milk has 460 calories and 28 percent of your daily fat (and a whopping 60 percent of saturated fat, as well as 17 percent of daily cholesterol). Wait – there is a better way.  You can make your own version of your favorite Starbucks drinks at home – and do it the healthier way! With a few simple swaps, and by including whole, real fruits (and not just artifically flavored syrups or sugary sauces), you can make healthier and still totally tasty versions.

This first step is so simple that it hardly requires any thought, which is great when making a diet change. We love our plant-based milks because you can substitute them cup for cup and use in exactly the same way as milk. Pretty easy and convenient, huh? Just swap out milk for plant milks and leave off the whipped cream to slash fat and nix cholesterol completely. For example, even a medium Starbucks java chip frappuccino made with soy milk and without whipped cream has only 9 percent of your daily value of fat, 18 percent of saturated fat and zero percent cholesterol.

Make a Creamy Blended (And Sugar-Free) Base With Bananas

To make your own version of a frappuccino (see a mocha frappuccino recipe below), try using a base of frozen bananas, which blend up creamy and sweet. You won’t even need to use a sweetener! When blended with a plant milk, bananas become really creamy (maybe even creamier than a frappuccino!). It does give a banana flavor, so if you don’t like banana flavor, you can make it simply by blending coffee, plant milk and any other ingredients you want, but it won’t be as rich and creamy without the bananas.

Make Your own Caramel Sauce

Are you craving a caramel macchiato or a caramel frappuccino? Search for raw vegan caramel sauce and you’ll come across lots of different recipes, but the basics are the same: dates and usually some sort of plant milk, sometimes blended with a sweetener like maple syrup. Or you can make a non-raw version by slowly heating coconut milk with maple syrup or agave until it reduces to a caramel sauce consistency.

This one’s simple. Add frozen fruit to blended beverages instead of flavor syrups to make delicious raspberry mocha frappuccinos, for example – or add any fruit you want, the sky’s the limit! Likewise, to make a vanilla latte, try scraping some whole vanilla beans into your coffee to heat it, rather than using an artificially sweetened sugary syrup. A pumpkin spice latte is easy – just mix pumpkin puree, pumpkin pie spices (cinnamon, nutmeg and allspice) as well as some sweetener (if desired) into your plant milk while warming it up on the stove, then pour in coffee.

Looking for a tea, rather than coffee?  Why not try this matcha green tea latte?