How to Grow and Use Microgreens 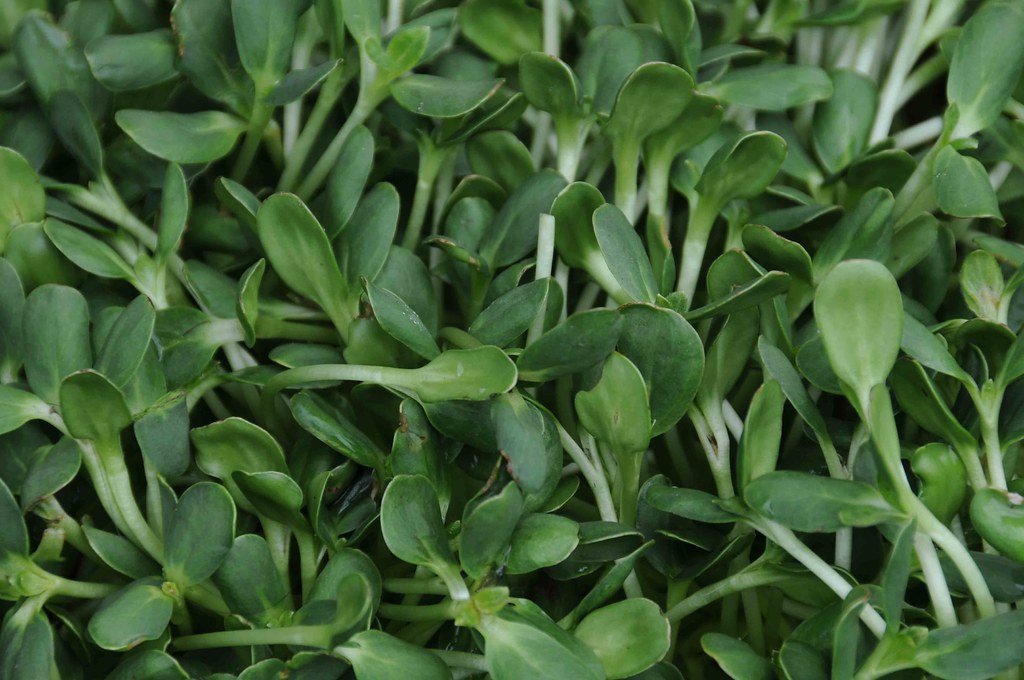 Microgreens—you might find them on a sandwich or in a mysterious pile on the side of your plate at trendy restaurants, seemingly doing nothing more than taking up space or adding a little bulk.  They might seem uninspiring and certainly not filling, but there is a lot more to the mighty little veggies than meets the eye.

Microgreens are very young vegetable/herb plants, or seedlings, that have been allowed to grow to between 1-3inches tall before harvesting.  Yes, they are babies, but they mustn’t be confused with the ‘baby kale’ and ‘baby spinach’ you find at the supermarkets.  Microgreens are harvested much earlier than that; often before the plant has grown any of its adult leaves.

Similarly, microgreens mustn’t be confused with sprouts which are harvested and eaten even before a leaf has appeared at all.

What Are the Health Benefits of Microgreens?

Due to their small size, they actually have a more concentrated nutritional density and can be up to 40 times more nutritious than their adult relatives.  Though, this, of course, depends on the species.

Because microgreens come in all varieties, the nutritional values will change depending on the type of plant.  However, in general, many microgreens are rich in potassium, iron, copper, magnesium, and zinc, as well as a variety of vitamins.  They are also high in antioxidants.

Which Microgreens can I grow? 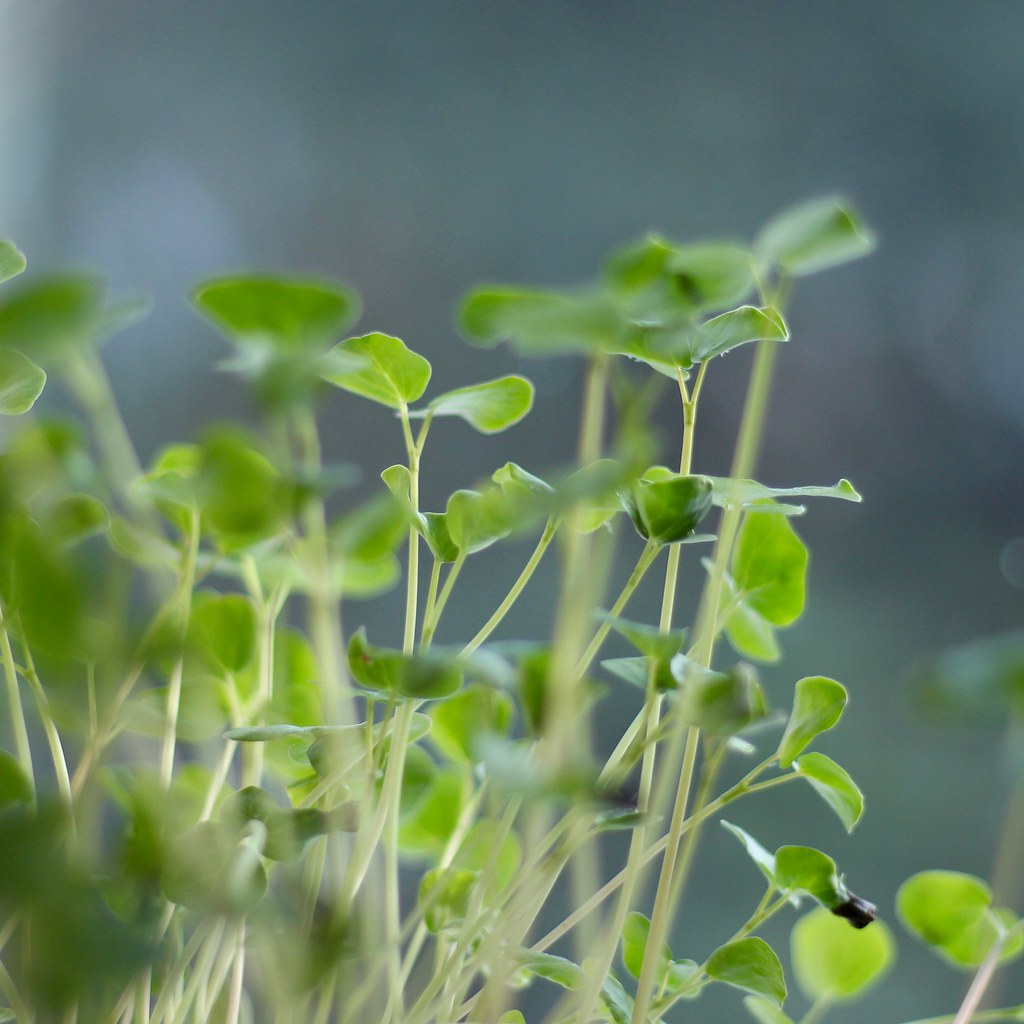 There are a variety of seeds that grow into beautiful little microgreens.  The most commonly grown come from these plant families–

DO NOT EAT SEEDLINGS FROM THE NIGHTSHADE FAMILY—TOMATOES, PEPPERS, EGGPLANT.  THESE PLANTS ARE POISONOUS.

That said, it’s possible to grow microgreens from a number of different seeds, such as peas, sunflowers, cucumber, lentils, and chickpeas.  It is important to note that the flavor of these microgreens is also rather concentrated, so bear that in mind when growing typically bitter or spicy greens, such as arugula, cress, or mustard.

How Do I Grow Microgreens?

Granted, you can buy microgreens in plastic containers from supermarkets and grocery stores, but why not try growing some for yourself. You will need minimal tools, minimal space, and minimal gardening know-how. What’s more, these plants are harvested before the usual heartache of caring for mature plants begins!

What do I need?

Paper towels work very well because, at this stage of plant life, the seedlings get all the nutrients they need from their seed.  Please note that cabbage, beet, and carrot seeds prefer to be grown in soil rather than on paper towels.

First, soak your seeds for several hours.  This will help with germination.

-Line a tray, or deep plate with a few sheets of damp paper towel.  You need not soak the towel, nor leave it too dry.  Squeeze out excess water.

-Next, sprinkle your soaked seeds evenly and densely onto the paper.

-Cover the seeds with another layer of damp paper towel and put your tray in a dark place.  The darkness mimics soil-based growing conditions.

-Fill a shallow tray with potting soil and dampen it with water.

-Next, evenly sprinkle a generous but even layer of seeds onto the damp soil and gently press them into the soil, and spritz them once again with water.

-Cover your tray with a damp paper towel to help retain the moisture and place it in a warm spot.

With either method, check on your seeds daily and spritz them with water if you find the towel or soil drying up.

After about three to five days, your seeds should have sprouted.  At this point, you can remove their cover and set them in a sunny spot.  Tend to the seedling for up to 13 days, or until the first eaves have turned a nice dark green color (the number of days will depend on the variety of seed).

How and When Do I Harvest Microgreens?

It depends on the variety of greens as to when you harvest them, but a general guide is to harvest the greens when they are between 1-3 inches tall or when the plant has only its first two leaves.  Some plants are harvested with up to four leaves. It is usually in the two-week range.

Take a pair of scissors and cut your greens just above the soil line or just above the paper towel line. You can use them immediately in your lunch, or store them in a container in the fridge.

What Do I Do with Them, Now? 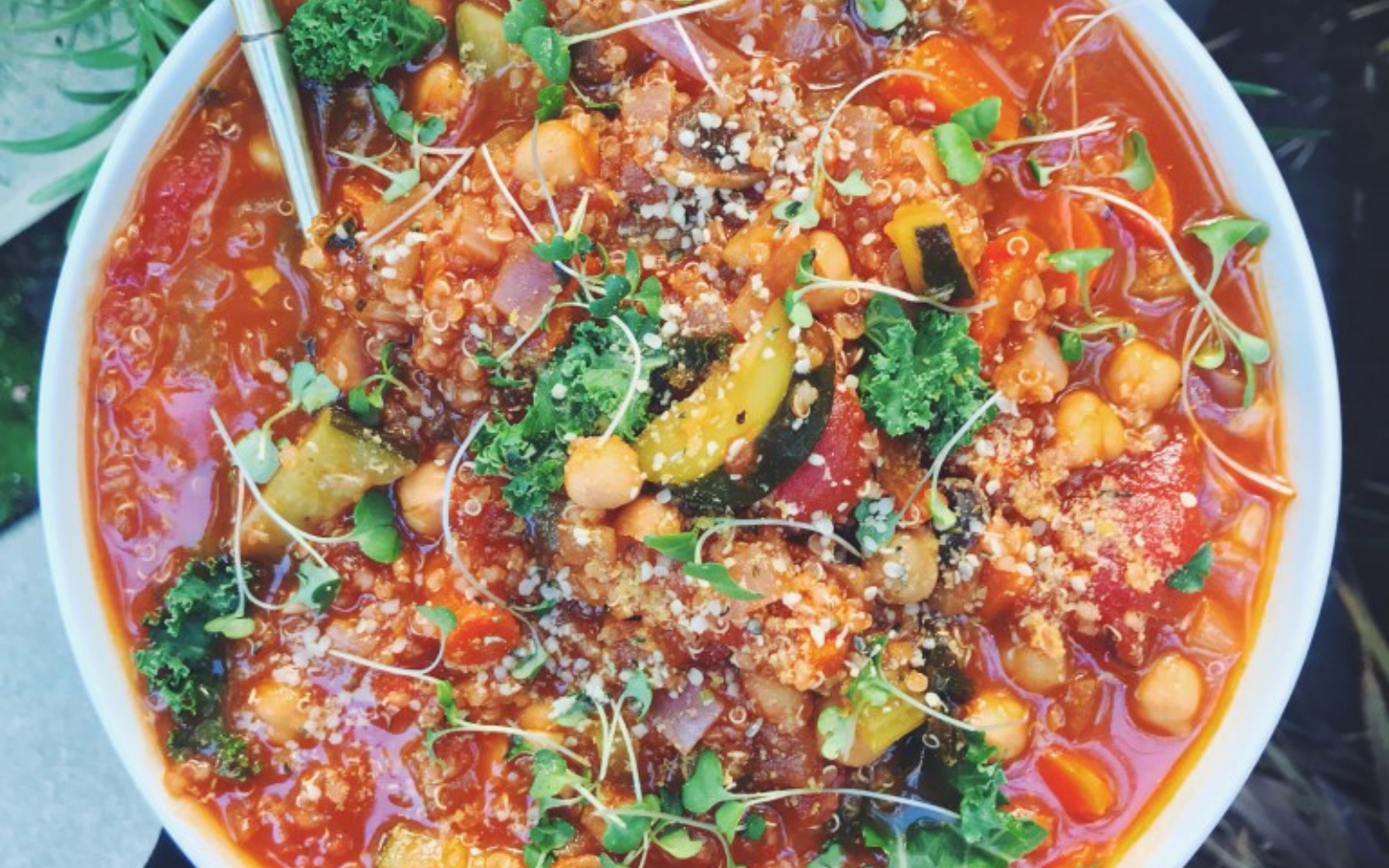 Aside from simple garnish, there are other inventive ways to use microgreens.  For example, microgreens are often used as a welcomed part of the wonder that is the Buddha Bowl.  You can use them to top soups as done here in this Healthy and Satisfying Quinoa Vegetable Soup With Microgreens or soup up your veggie burger with a helping of microgreens as done here in this recipe for Sweet Potato Lentil Burger With Peanut Sauce and Beet Microgreens.  You can also wrap them up in ‘egg’ or spring rolls.

Microgreens aren’t just a garnish.  Use them in abundance and add color, flavor, texture, and amazing nutrients to all kinds of dishes.