5 Ways to Get Anyone to Love Brussels Sprouts 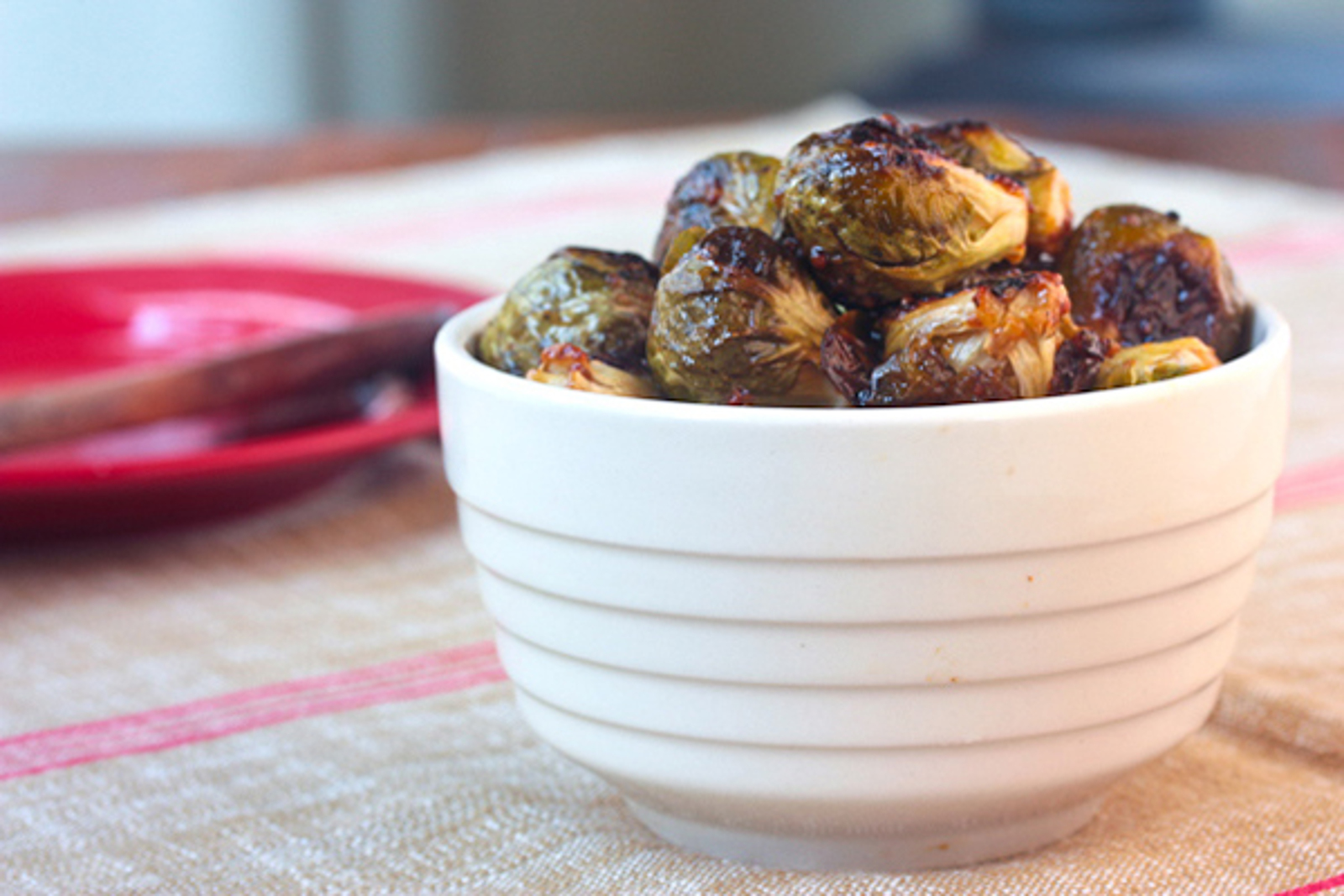 Before I became vegan, the only thing I knew about Brussels sprouts was that most people hated them. They were the vegetable most commonly shown on TV shows as being hidden under napkins or fed to the dog under the table (and then the dog would refuse them too).

So I just assumed I didn’t like them either, without ever having tasted them. When I finally did try Brussels sprouts, I had cooked them myself and they were amazing. I asked my husband, who also swore he hated them yet was fighting me for the last one, and he said he had only ever had them steamed or boiled. No wonder he never liked them.

Brussels sprouts get a bad rap for being a veggie that people have to be forced to eat, but it’s so unfair. These tiny cabbages are not only cute, but they are extremely healthy and really delicious when they are prepared properly. It’s high time these misunderstood sprouts got some positive publicity. With the right recipes and cooking techniques, you just might find that you love Brussels sprouts, and like me, you’ll be fighting for the last one on the plate.

No matter which way you choose to cook Brussels sprouts, the number one rule is “don’t overcook them.” Brussels sprouts contain healthy compounds called glucosinolates, but the longer sprouts are cooked, the more sulfur these compounds release. This leads to a bad smell similar to rotten eggs. When cooked properly, Brussels sprouts smell and taste delicious with a nutty tone to them. Overcooking also leads to gray, wilted leaves; you also want them to be bright green and beautiful.

Roasting is one of the best ways to bring out the rich sweetness of vegetables. I halve the sprouts, toss them in a little olive oil, and season them with salt and pepper. Then, I place them in a single layer on a baking sheet and roast them in a 450-degree oven for 20 – 25 minutes. The outer leaves get caramelized, golden, and crispy while the insides are tender.

Another way of cooking Brussels sprouts is on the stove top. Pan-searing them ensures an even and crisp outer coating, because you cook the halved sprouts, cut side down, until they are browned. My favorite way to prepare sprouts by sautéing involves several ingredients I used to swear I didn’t like but now love. I halve or quarter the sprouts, depending on how big they are (the smaller ones tend to be sweeter) and saute them in olive oil infused with garlic, red pepper flakes, and sun-dried tomatoes.

I often advise that if you think you dislike a food, try it fried because, come on, what doesn’t taste good battered and fried? That doesn’t mean you have to deep-fry the sprouts; shallow pan-frying will do. Steam or blanch the Brussels sprouts first so you only need fry them for as long as it takes to get the outsides crispy but still have the insides be cooked and tender. Dredge the sprouts in non-dairy milk and then coat them with a combination of seasoned flour and cornmeal.

5. Go Raw With Salads and Slaws

The easiest way to avoid overcooking Brussels sprouts is to not cook them at all. Yes, you can eat them raw; after all, they are mini-cabbages. Just shred the sprouts and mix them with other greens, crunchy apples, or sweet beets for a beautiful salad or slaw. Toss it all with a zesty vinaigrette or salad dressing and you have a light and healthy meal or side dish that everyone will love. No one will even know they are eating Brussels sprouts until you tell them and watch their looks of amazement.

When prepared properly and treated with care, Brussels sprouts will no longer have to sit on the sidelines while their cousins, kale and cabbage, get all the loving. Try any of these tips and recipes and I guarantee you will get anyone to love Brussels sprouts.