The Hottest Plant-Based Food Trends of 2013 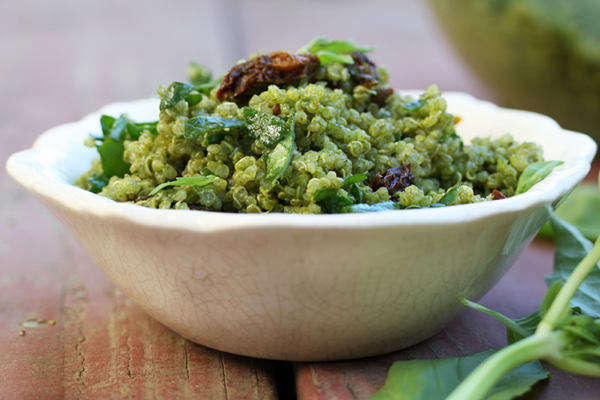 As if plants aren’t a hot enough commodity all on their own, there are endless trends when it comes to the plant-based food world—from the rise of vegan food trucks to the ever-expanding world of veg-friendly vacations. While some trends come and go in spells, others take hold, continue to grow, and have no plans of backing down, at least not anytime soon.

And so, as 2013 is soon coming to a close, here’s a look at “5 Hot Plant-based Food Trends” that grew to be even hotter this year. Not only have these trends proved they aren’t going anywhere, they can be expected to take on even more forms as we move into the new year.

“Wait a second, I thought Meatless Monday was old news?” Well, yes and no. Yes, the Meatless Monday campaign began in 2003, and yes, it just celebrated its 10th birthday in October. While clearly far from a new concept, on the U.S. home front, the Meatless Monday phenomenon has been adopted by a multitude of hosts, ranging from celebrities to local health departments, restaurants, and even schools. Some are even taking it a step beyond a single day of the week, following after the widely popularized VB6, or Vegan Before 6 p.m. movement. A school in Queens, N.Y., recently made the switch to offering 100 percent vegetarian lunches for their students on a daily basis, and is the first in the nation to do so. They confirm that it’s made the students and the school as a whole, better off, documenting improved attention spans and attendance, not to mention higher test scores.

Still, the Meatless Monday enthusiasm doesn’t stop at our country’s borders. The campaign is now said to be active in 29 countries around the world and continuing to spread. It’s even catching on in Scandinavia. It was recently announced that Norway’s army is seeking to fight climate change by bringing Meatless Monday to their tables.

If you aren’t yet sold on this list, you should at least consider what Forbes Magazine has to say when it comes to food trends. Forbes recently listed High-End vegan as one of the “Top Food Trends of 2013,” right up there amongst a number of carnivorous delicacies spanning from pastrami to lobster rolls. Perhaps you’ve paid a visit to the widely popularized, Blossom or Candle Cafe of New York City, Millennium of San Francisco, Calif., or one of the restaurants given kudos within the Forbes list, such as M.A.K.E. in Santa Monica, Calif. Still, it doesn’t stop with these that are strictly vegetarian or vegan. Along with high-end restaurants of this specific variety, there are an increased number of high-end restaurants that, although not labeled as vegan, are catering to an herbivore audience by offering veg-based specials, and in some cases, entirely veg-based menus. This is something that has increasingly grown in popularity on behalf of both the mainstream appreciation for and acceptance of an herbivore lifestyle, along with the heightened awareness of food allergies and other dietary sensitivities.

Although the loca-vore term is one that has been tossed around for quite some time, consuming local food has shifted to be a  focal point of many vegans’ lifestyles. Be it for quality, sustainability, health, or economic concerns, more and more communities are recognizing the value in local food, and in turn, are committed to fervently taking back the land. While many aim to consume food that’s been grown within a 100 mile radius of home to be able to trace it back to the source, and identify the practices followed along the way, the food is getting closer and closer to home. The idea of farm to market has taken on many mutations and in some communities translates as farm to school, farm to restaurant, farm to nearly anywhere—getting closer to the idea of taking food straight from the farm to your dinner table. By actually meeting the hands that prepare your food, this helps eliminate the GMO threat and provides an alternative to purchasing organic food shipped in from afar from the nearest grocery store shelves.

One of the latest and greatest developments that remains in the works is SproutSio, which plans to take things to a whole new level—literally just steps away from your table. Self-defined as a “smart appliance that reliably grows a wide range of tasty fruits and vegetables, from strawberries to bok choy,” who knows, this just might be a top trend—or new phenomenon—for 2014. Only time will tell.

Right along with the rising demand for all things gluten and/or sugar-free comes the raw foods movement. While some may say that “raw foods” is a dying diet, others may refute that it is a long-lasting way of life, one that many herbivores are aiming to incorporate into their largely-cooked lifestyle as they move away from processed foods and back towards being a holistic, loca-vore. Although most recognize that a raw diet 100 percent of the time is not plausible to maintain, including a higher percentage of foods closest to their truest form in one’s diet promotes unarguable health benefits.

As an added draw, today, the raw food world looks a lot more like a decorative affair than it does a bag of naked carrots.With the amount of raw recipes, and raw chefs who’ve shown just what kind of mouthwatering cuisine can be crafted in keeping with raw limitations, it’s getting nearly impossible to not partake to some degree.

Here are 5 easy ways to add more raw foods into your diet.

Thanks to the hashtag, clean eating is a concept that has been represented loudly and proudly across social media channels this year, amongst athletes and non-athletes alike. Rather than focusing on the banning of foods like a diet does, the clean eating lifestyle focuses on making choices that naturally drive you toward consuming whole, unprocessed, unrefined food. For herbivores, clean eating looks a lot like juicy fruits, vibrant veggies, crisp nuts, and succulent seeds. Ultimately, clean eating is not a fad diet. In fact, it’s not a diet at all. Clean eating is at the heart of many vegan mindsets, and it’s a lifestyle that can be embarked upon with a few primary considerations.

Testing out the Trends

Even though 2013 may be on its way out the door, there’s still time left to partake in any (or all) of the above trends—incorporating more raw, whole, local foods into your diet; challenging or simply encouraging those nearest and dearest to you to consider forgoing meat one day a week and give the meatless lifestyle a test run; and of course, taking a veg-getaway and treating yourself to some high-end vegan cuisine before you carve out your budget for the coming year.