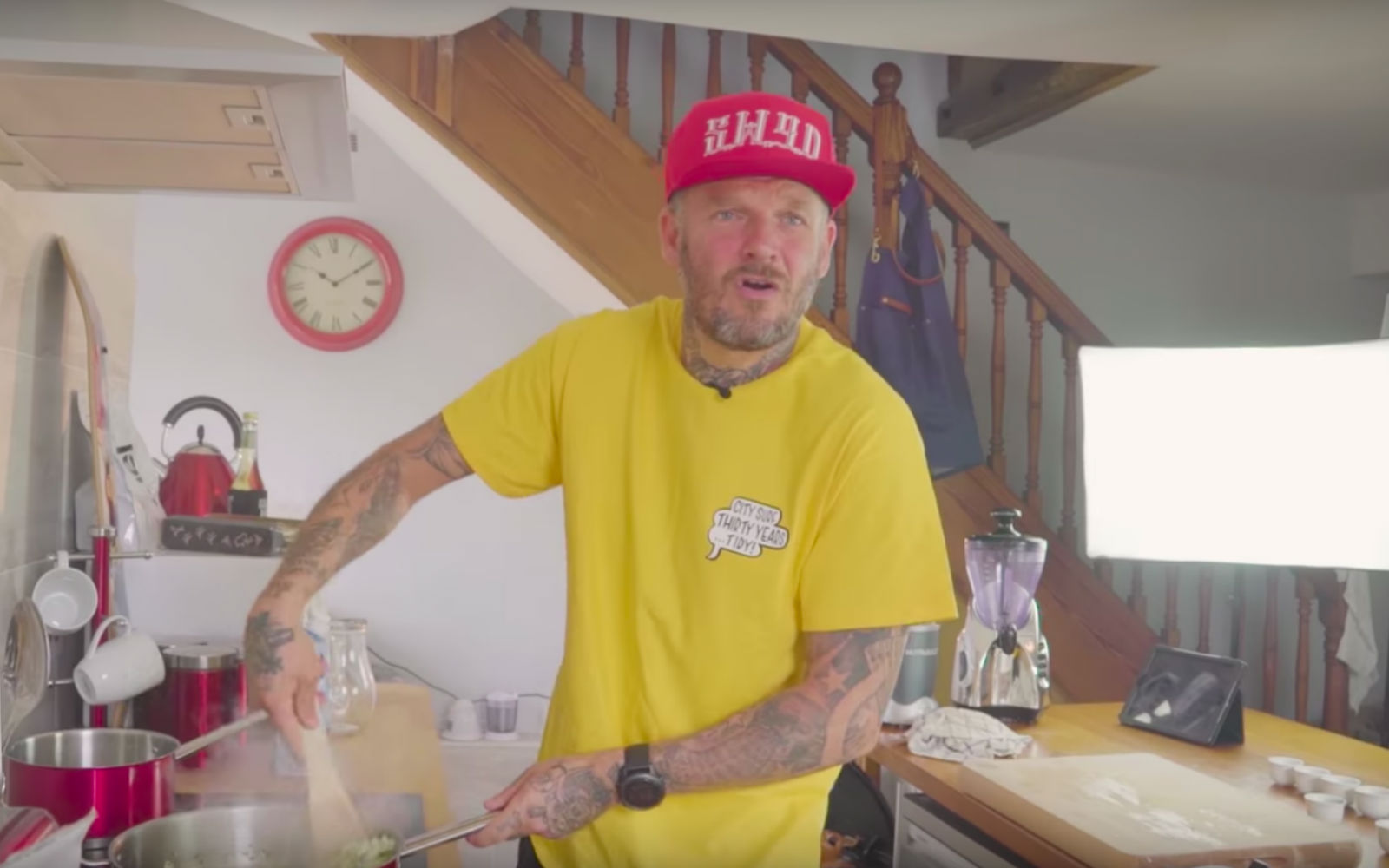 Another new vegan cooking show debuted on YouTube this September 7, and fans of MTV’s “Dirty Sanchez” might recognize the man behind the new program: Welsh TV personality and endurance athlete, Matthew Pritchard.

Pritchard’s newest effort, called “Pritchard’s Proper Vegan Cookin’,” aims to show viewers just how easy and affordable it is to adopt and thrive on plant-based food.

“Following years of fame as a star of MTV’s hit show, ‘Dirty Sanchez’, Mathew Pritchard made the unprecedented move from the world of television and stunts to being an endurance athlete. Breaking world records and tackling any challenge in his path, Pritch credits much of this to his change in diet in becoming 100 percent vegan,” reads the show’s YouTube description.

For the show’s inaugural episode, Pritchard takes viewers through the steps of making “Pritchard’s Proper Vegan Chickpea Curry.” Congratulations, Pritchard! We’re sure there are many great things to come from your channel.

Cook for Endurance at Home!

If you’re an athlete inspired by Pritchard, or just want to learn how to eat more plant-based foods for endurance, we recommend checking out this article: What I Eat as a Plant-Based Endurance Runner, as well as perusing this list of Sample Meal Plans for the Female Vegan Athlete.

These little patties are so simple to whip up, amazingly versatile, and almost fool-proof. They come together in no time, and you can change up the ingredients based on what you have in the fridge. They are great on top of a salad, as an appetizer with a nice dipping sauce, or make them slightly larger and serve on a bun as a tempting veggie burger. The possibilities are endless. To boot, they are extremely nutritious, filled with lentils and amaranth which are packed with plant protein, and both of which are great for metabolism and heart health.

This protein-packed chickpea and spinach curry is the perfect meal in a pinch! If you’re a fan of chickpeas alone, you need this dish in your life. This curry will fill you up without weighing you down and — the kicker — you can make it ahead of time and it freezes beautifully. The leftovers are delicious, if not better since the flavors mingle and get to know one another over time. Serve it over fluffy rice, with naan, as a side, or eat it on its own.

These 5 Homemade Natural Energy Drinks to Fuel Your Workout are also great to have in your repertoire for quick, yummy energy.

All you need is a large sports bottle and an insulated lunch box to carry along your smoothies or juices. Don’t forget to put an ice pack inside your insulated lunchbox to help keep your freshly made drink cold for hours.

Be sure to also check out 5 Ways to Gain Strength and Stamina on a vegan diet, and our Energy Balls & Bites recipes!

Like these suggestions? We also highly recommend downloading our Food Monster App, which is available for both Android and iPhone, and can also be found on Instagram and Facebook. The app has more than 8,000 plant-based, allergy-friendly recipes, and subscribers gain access to ten new recipes per day. Check it out!