5 Things Everyone Gets Wrong About the Vegan Diet 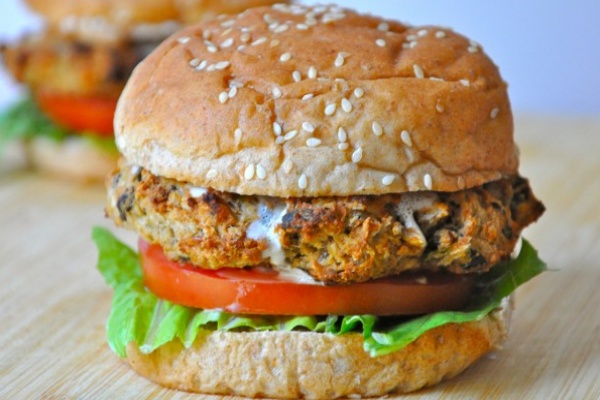 While I can’t speak for everyone, I can at least speak to many of the common misconceptions I’ve heard floating around over the years surrounding a vegan diet, plus both questions and comments that have been directed toward my own vegan journey.

Along with questions like: “How do you get your protein?” there are the comments such as: “I can’t afford to be a vegan” or “I would get tired of eating salads every single day.”

With that, it’s time to debunk a few incorrect assumptions when it comes to the vegan diet. The following breakdown will hopefully offer you words of encouragement as you carry out your own plant-based journey, and perhaps even give you some talking points the next time someone starts pointing assumptions your way.

“I could never be vegan. I love cheese too much.”

The common consensus for many when it comes to the vegan diet is that it’s hard. Depending on where you live, you may have limited access to the latest and greatest vegan products hitting the market, but most areas have a grocery store or farmers market to supply your vegan needs. With veganism growing in popularity, the “it’s hard” argument holds little ground.

Still beyond food availability, many argue that the hard part is giving up things they love, such as cheese. Take it from a former cheese addict. Like anything else in life, it’s possible to live without something once you break the addiction and train your brain to realize it was simply that, an addiction. That said, if you are holding onto your beloved cheese for dear life, here are 10 vegan cheeses that will knock your socks off. And if you, or someone you know needs an informative nudge on the health reasons to kick cheese to the curb, feel free to enlighten them on the trouble with casein.

“Don’t you get tired of salads?”

Yes, salads are great (especially beet salads, says this vegan). But, no, a vegan diet is not ALL about salads, nor is it all about any one dish or type of cuisine. I’m not sure about you, but if anything, the food I consumed prior to my life taking a turn toward a veg-based diet was boring. Being vegan, on the other hand, my diet has been anything but boring! There are so many beautiful, healthy creations you can make with plants. Plain and simply put, the opportunities are endless. And guess what? Salads can be just as exciting as all the other possibilities in the plant-based realm. Check out this 5 Step Guide to making vegan super salads, with 15 super salad recipes to get you started.

“How do you get enough nutrients? You must take a lot of vitamins, right?”

Ultimately, the health argument for veganism can perhaps be best summed up in the book, “The China Study: The Most Comprehensive Study of Nutrition Ever Conducted,” written by Dr. T. Colin Campbell, Professor Emeritus at Cornell University.

His message can perhaps best be summarized in an excerpt that follows:

Unfortunately, in regard to health, the widely praised benefits and seeing veganism as a preventative diet can, at times, get clouded by the misconceptions that vegans must be missing something.

Yes, if you are eating peanut butter and jelly sandwiches all day everyday as a vegan or non-vegan, this is depriving you of nutrients you need and, in turn, is unhealthy. The same goes for carnivores who are only eating hamburgers. The premise of a holistic plant-based diet; however, is anything but unhealthy. With the super foods that are present in the vegan world, any well-executed vegan diet can give you all the nutrients you need to fuel your body, and then some. And what about protein? Granted these foods only scratch the surface, here is a look at 10 vegan foods packed with protein.

As a consumer, be it carnivore or herbivore, the choices you make at the store and the magnitude of your purchases, dictate the amount of money that you spend. When it comes to selecting where it is you’re shopping, this takes a bit of personal discretion. Researching farmer’s markets is a prime place to start, in an effort to support your local economy, get your hands on food that’s traceable (back to the origin), and oftentimes, this ends up being much more affordable than a high dollar grocery chain.

“Where can vegans eat?”

You can take vegans (almost) anywhere. It may mean just getting a bit creative with the menu. Thankfully, with the increasing number of individuals adopting vegetarian and vegan diets, many a restaurant, and food company, have added an increasing number of vegan menu items, extending their supply to meet said demand. Expanded accessibility in restaurants is just another example of why the plant-based diet is mainstream and here to stay.

Yes, both inside the home, and out, opting for a vegan diet may take a bit more time, and thoughtful attention toward each thing you are considering putting in your body, but riddle me this, shouldn’t we all be doing this anyway? If demanding the best for our bodies, animals, and the planet sounds demanding, then perhaps it’s time we all become a bit more demanding.