The Vegan Diet: Backed by Science 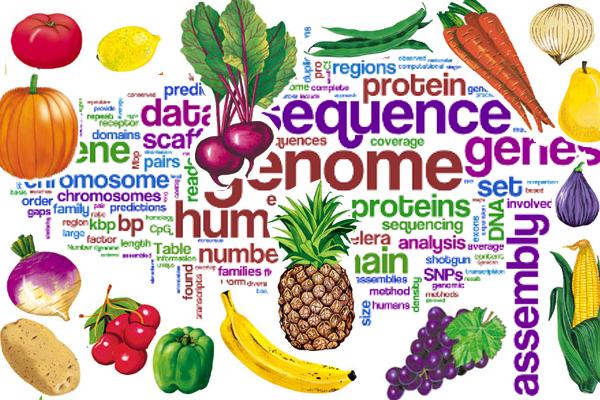 We are fortunate to live in one of the most well-informed societies ever, yet the majority of us have no idea how to analyze and understand the cornerstone of information in our modern age: science. It seems that there is a scientific study to prove anything, and a corresponding sucker who will believe it.

I know a young man who is adamant that all grains (refined or whole) are destructive to your health and insists you must have meat in your diet. His arguments are cogent, and he is knowledgeable on the subject citing a variety of authors and scientific studies. How can we argue with that? We can and we must because the vegan community actually has the weight of scientific truth on our side.

If one study, or even ten studies imply that something is so, does that make it a scientific fact? Our society is in need of a set of comprehensive skills that allow us to rigorously analyze scientific data and make informed judgments about the validity of the information. We need to ask critical questions such as: was this a peer reviewed, double blind/controlled study? Is it published in a reputable scientific journal? How many test subjects were there? Ten? One hundred? Tens of thousands (like the Harvard Nurses study, or the China Study for example). What is the duration of the study conducted? Even if all these factors are satisfactory, how many times was this study conducted with the same results? And perhaps most importantly, have the findings been accepted by major health organizations charged with the responsibility of analyzing all available data and presenting the public with a position?

It is important to consider who sponsored or funded the study as well. You can find lots of studies saying milk does a body good, but who paid for those studies? If you investigate deeply you will find that the dairy industry is behind much of this “research.” Likewise there are a plethora of studies showing that evolution is impossible, and global warming is a myth. But why do most reasonable people accept evolution and global warming as scientific truths? Because the majority of the scientific community has come to the certain conclusion that they are truths based on the rigorous analysis of the facts. We must have a consistent standard that we apply to all science, regardless of our political or pious prejudice.

Who Can You Trust?

For an analysis of nutrition, reputable organizations such as the American Dietetic Association, American Cancer Society, American Heart Association, can be good sources.  These organizations take hundreds, even thousands, of peer-reviewed studies, compiled over decades, and come to collective conclusions based on these studies.  Not surprisingly, they have all come to pretty much the same conclusion on nutritional recommendations. Unfortunately they lack the marketing power that food and supplement industries enjoy.

Simply put, every mainstream health organization recommends eating more vegetables, fruits, and whole grains and imposes restrictions on meat consumption. What is the natural extension of this recomendation? A plant-based diet. These organizations will mention meat and dairy but encourage it’s intake in much smaller amounts, sometimes twice a week, as opposed to every meal. They are mainstream agencies and are cautious not to scare people away, but the message is clear- eat more veggies and fruits, less meat and dairy. They know that this will reduce the harmful, risk-factors that animal products establish in the diet. The American Dietetic Association even recommends more veggies and restricted or no meat for athletes.

There is a reason mainstream health organizations are trying to get the public to eat more fruits, veggies and whole grains. Plant-foods are high in fiber, phytochemicals and antioxidants, have no cholesterol and are generally low in saturated fat (with the exception of coconuts, palm kernel oil, and an insignificant amount in nuts and seeds). Conversely, animal products are high in both cholesterol and saturated fat, and are completely devoid of cancer-fighting fiber and phytochemicals.

The Tide is Turning

A hopeful sign that mainstream nutrition is moving in the veggie direction is the new food guide, MyPlate recently unveiled by the U.S. Department of Agriculture and the U.S. Surgeon General. MyPlate replaces the Food Pyramid, the standard nutrition guide since 1992.

The innovative new guide shows four portions on an image of a plate with vegetables and grains being the largest segments, with fruit and “protein” making up the smaller sections. Not only is it very exciting that the vegetable and grain section are by far the largest slice of the plate, but it is also noteworthy that vegetables, fruits, and grains are listed as “food”, while the fourth section, “protein” is listed simply as a nutrient. Not as “meat”, or as “meat/beans” but just as protein. The other sections could be listed as “carbohydrates” or “vitamins” but they are not. It is apparent that they are specifically recommending eating vegetables, grains, and fruits, however, how you get your protein is optional. The clear message is that meat is no longer recommended or required in the diet. This is truly a turning point in mainstream nutrition education. This is practically a vegan plate!

So, contrary to the beliefs of my aforementioned friend, actually, whole grains are a perfect staple food, meeting the nutritional recommendations of every major health organization in the U.S. Despite our small (but growing) numbers, there is nothing “fringe” or “radical” about veganism in terms of scientific validation; it is simply an extension of mainstream health recommendations to eat more plants and restrict animal foods. Anyone can cite a study to the contrary, much like the anti-climate change camp, or the anti-evolution crusaders. But the position of mainstream health organizations takes into consideration the entire body of literature available, and make recommendations based on the weight of that scientific research, not simply citing the self-serving bias of some rogue studies. And their recommendations are increasingly supportive of plant-based nutrition.

So the next time someone is spouting facts and studies supporting a claim, check the science. Don’t just believe someone because they have letters after their name, or they are telling a story that sounds believable. Be critical thinkers. Research and look into it. Scientific truth is a powerful tool if we choose to utilize it.