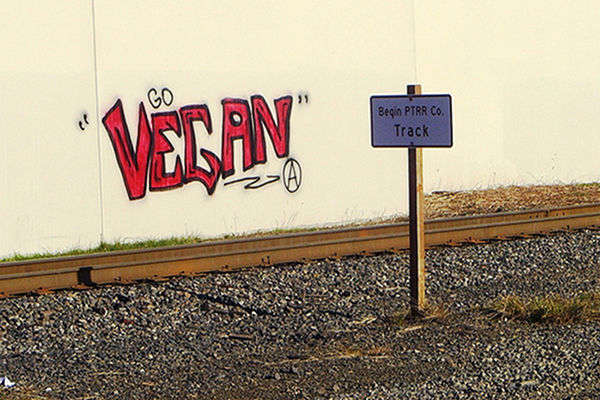 From celebrities, to network television, to your neighborhood mom and pop café, the plant-based diet continues to flood into the public eye, and as a result is becoming a widely accepted lifestyle instead of a taboo trend. Although there are countless signs (visible just by taking a look around you), here’s a closer look at “5 Signs that the Plant-based Diet is Mainstream and Here to Stay.”

1. In the Media: Celebrity Endorsements

When it comes to the herbivore way, celebrities continue to speak out on the issue, taking individualized stands. This year, the voices continue to reach their intended audiences, and beyond. As a result, more and more are hearing what they have to say. On top of the well-known celebrity endorsements, veganism and vegetarianism have received over the years (Ellen DeGeneres, Alicia Silverstone, and Paul McCartney to name a few) as of this month, even the queen B herself and Jay-Z have decided to give veganism a test run. Although the herbivore community certainly doesn’t depend on said endorsements to survive, being in the spotlight doesn’t hurt. In fact, it only helps on the thriving side of things. On the celebrity front this year, Ryan Gosling has taken a stand and remains outspoken against dehorning dairy cows. Meanwhile AARP interviewed Bill Clinton regarding his primarily herbivore diet (although the man still likes his salmon and eggs). And now, it’s time for Bill Gates and Al Gore to jump on board.

2. In the Restaurants: Expanded Accessibility

Walk into a pizza place nowadays and no longer must you order a mediocre cheese-less pie. For that, there’s Daiya or other cheezy shred options. And in some cases, even crazy vegan toppings, such as at Dimo’s pizza in Chicago (on my own personal bucket list for 2014). Even while traveling amidst closer to home, across the more rural Southeast U.S. recently, and into the mountains, I’ve found that more traditional diners are even offering vegetarian faux meat options, some of which are vegan. Of course then there are the larger entities, like the burrito powerhouse Chipotle making headlines this year for expanding its vegan options. And high-end vegan took the stage, or at least earned its place on Forbes’ “Top 10 Food Trends of 2013” list. The point is, while there once was a time that vegans/vegetarians cringed at the thought of trying an eatery they were unsure would have something to accommodate their needs, it’s becoming more difficult to find somewhere you can’t eat, rather than somewhere you can. And if that’s not a nice shift of a feeling and mindset, I’m not sure what is. While it’s still key to be aware and make sure you keep the dialogue open at restaurants so you know exactly what you’re getting, long gone are the days where a naked salad or fries are your only options.

3. In the Stores: Increased Demand

On the whole, more attention and understanding has been paid to those who may have any number of sensitivities or concerns about what is in any given product they are putting into their bodies, from celiac to vegans. With the increased demand for foods that consider intolerances and individual choices comes increased supply of both food products to meet these dietary implications, and supporting materials to help foster the movement and enlighten the world further. In looking for holiday gifts, I was blown away by the number of vegan and other herbivore-centered books that are now lining the shelves as resource materials, compared to one or two worthwhile finds five years ago.

4. In the Know: Carnivores Catch On

How do you know something is catching on? Well, ask those who don’t partake, what it means. Even if someone chooses to remain a carnivore, they at least now know enough to understand that having “veg” as a part of your dietary choices, at least means this is what your primary food intake consists of. The stereotypes are becoming less vocalized by those on the outside. And ignorance is losing its foothold. Vegans are now coming in more shapes and sizes, and from more walks of life than ever before. The jokes and puns are becoming less and less frequent, with each news break about the antibiotics in chicken, recalls, or risk of other diseases as a result of the consumption of animal products. Although to each his or her own and there will alway remain exceptions to the rules, and there are some people out there who will always find a way to try and rain on your vegan parade, for the vast majority, carnivores are gaining an increased understanding and respect for those who choose some level of a veg-lifestyle, and there exists a drastic shift in perspective.

5. On the Rise—It’s [Nearly] Everywhere!

Although we haven’t made our way into the majority just yet (you just wait for it), it sure is beginning to feel that way. And as the new year approaches, what better time to celebrate what a great big, more veg-friendly world we live in than we did last year, and the year before that, and the year before that. Still, may it give us incentive to use this as an opportunity to step outside our own “veg” worlds a bit more. Maybe take the time to explain to someone why you choose the food choices you do, invite them over for dinner, or take them out and show them just how achievable and easy going “veg” truly is.

The herbivore diet is not everywhere, yet, but we are nearly there. And it’s up to us to keep it on the rise, until it literally is everywhere we look.