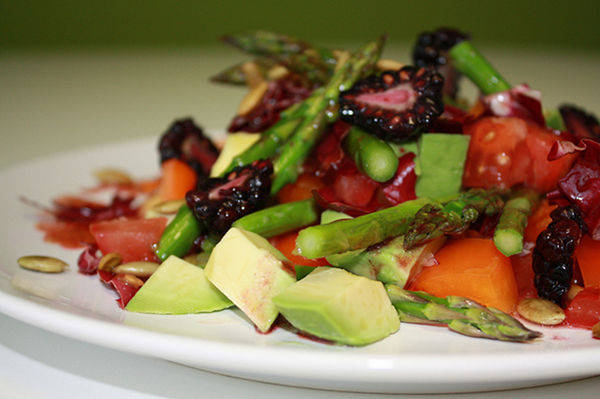 This article was also featured on The Huffington Post.

People can debate all they want about whether a vegan diet is good for everyone, but there’s no disputing the fact that the market for vegan food is booming. While vegans still account for only 2.5% of the population in the U.S. (an impressive doubling in size since 2009), what’s really interesting is that 100 million people (approximately 33% of the U.S. population) are eating vegan/vegetarian meals more often, though they are not vegan or vegetarian.

But what exactly are they eating when they choose vegan? Soy dogs or kale? Moreover, what are people’s thoughts on desserts with unlabeled sugar or the prospect of eating in vitro meat? A new survey by the Vegetarian Resource Group (VRG) set out to tackle these very questions.

The VRG commissioned Harris Interactive to conduct a national telephone poll of a representative sample of 2,030 respondents, including vegans, vegetarians and those interested in vegetarian meals. The respondents were asked what they would purchase when buying a vegetarian product, and were presented with multiple options to choose from.

The survey revealed the following interesting (and some surprising) details about food choices that vegans/vegetarians and the veg-curious are making:

1. Everyone Wants More Greens: Three fourths of survey respondents (including, vegans, vegetarians and those interested in vegetarian meals) mentioned that when looking for a vegetarian product they would purchase a dish containing leafy greens such as broccoli, kale or collards. 77% of the vegans surveyed said that they would choose greens and the other groups were not far behind.

Takeaway: Contrary to what some may assume, people who are interested in choosing plant-based meals are not necessarily thinking about processed foods or vegan imitations of their favorite meat dishes and are in fact more likely to choose a healthier option with greens when eating vegan. So, yes, based on this survey, it is safe to assume that eating vegan for most people means eating healthier!

2. Vegans Prefer Whole Plant Foods: While the overall results in this category are also positive, the survey revealed that vegans in particular are overwhelming choosing healthier whole foods such as lentils, chickpeas or rice when compared to the other groups. What is interesting, however, is that 40% of the vegetarians surveyed revealed that they would not choose whole foods while eating. Even those that only eat one or more vegetarian meals per week, fared better in response to this question.

Takeaway: Although the market for processed vegan foods has grown significantly in the past few years, it appears that vegans generally prefer whole foods and are likely to make the healthiest food choices, when compared to the other groups surveyed. Vegetarians on the other hand seem to be eating the least amount of whole foods. Too much cheese, perhaps?

3. The Need for Sugar Labeling: Less than half the survey respondents indicated that they would purchase their favorite dessert containing sugar, if the source of the sugar isn’t specified. Only 25% of vegans indicated that they would purchase unlabeled sugar, which is not surprising because not all sugar is vegan. What is surprising, however, is that there was also a high level of concern around sugar sources amongst meat-eaters that choose one or more vegetarian meals per week.

4. A Growing Market for Vegan Sandwiches: Almost half of all the respondents indicated that they would purchase a vegetarian/vegan deli slice sandwich in Subway. While this choice didn’t exceed people’s interest in choosing greens and whole foods, it was definitely an area where all the groups surveyed had the same moderate level of enthusiasm.

Takeaway: As the Vegetarian Resource Group points out, most chains and restaurants have added vegetarian burgers and it probably makes sense for restaurants and food services offering veggie burgers to take this next step and add and promote another convenient sandwich product.

5. Almost No Interest in Eating Lab Grown Meat: With rising populations and growing demand for meat in the developing world, several scientists are currently working on more environmentally friendly ways to produce meat in labs. Even some animal advocacy groups support these efforts, because it could mean an end to exploiting animals for food. However, when the survey respondents were asked if they would purchase a meat alternative grown from animal cell DNA obtained ten years ago, which does not currently involve raising animals, the response was overwhelmingly negative. Only 2% of the vegans surveyed said yes and only 11% of all the groups surveyed (including meat eaters) seemed interested in such products.

Takeaway: It’s going to take a lot of effort to get consumers warmed up to the idea of eating a meat product that was grown in a lab, instead of a farm. This is another area where accurate labeling is going to possibly be a crucial factor, along with price, safety and taste. A quality plant-based meat substitute may in fact stand a better chance for mass-adoption, when compared to anything grown in a lab from animal cell DNA.

While this new survey by the Vegetarian Resource Group is a great first step towards understanding people’s veg-focused dietary choices, there is a lot more information that could be gathered in future surveys. For example, it would be interesting to learn about people’s attitudes towards processed vegan food products, plant-based meat and dairy alternatives as well as organic produce, GMOs and palm oil.

As the market for vegan food grows and matures, along with overall awareness around health, animal welfare, food safety and environmental concerns, these consumption trends are likely to change over time. It’s going to be fascinating to watch this space develop as the U.S. goes through a large-scale shift to more plant-based food options.