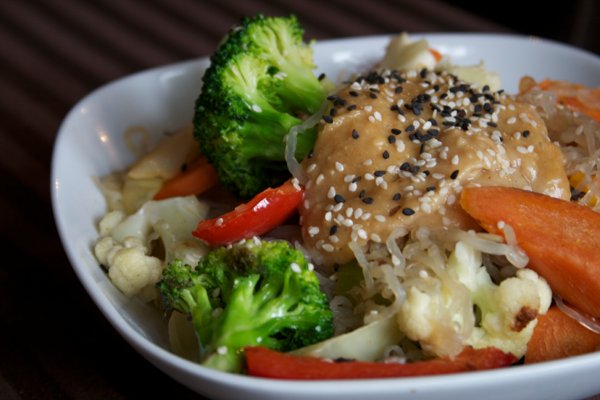 We have recently returned from a six-week lecture tour promoting vegan living in Taiwan and down under, and I’m glad to say that we found a lot to be inspired about on this journey. And not surprisingly, there is much to be concerned about as well. In my recent article, “Taiwan: Emerging Beacon of Veganism,” written just after landing in Australia, I discussed the enormous positive response to my sharing the World Peace Diet vegan message there in late January. I believe that attracting 1,800 and 2,200 attendees to a lecture promoting veganism, as we did in Taichung and Taipei respectively, is unprecedented in the vegan movement, worldwide. Why is it so rare to have large crowds attending vegan lectures? This is a critical question, because spreading the vegan message effectively is the heart of the animal liberation movement, and of our hope for humanity to be able to live in harmony on this beautiful and beleaguered planet.

Considering the fact that the most any speaker promoting veganism can attract to a lecture anywhere else in the world has been at best 500 or maybe 800 people, what can we learn from Taiwan? What are the factors in Taiwan that make both the public and media unusually receptive to the vegan message? Taiwanese newspapers and magazines provided coverage that amplified the vegan message I was sharing, bringing it to potentially millions of readers.

While we had excellent turnouts and enthusiastic responses to our lectures in Australia and New Zealand, the scale of response in Taiwan was not just unprecedented, but quite frankly awe-inspiring. There seem to be several lessons we can learn from our Taiwanese friends. The first has to do with religion. Taiwan is a primarily Buddhist country, and for the most part it is Mahayana Buddhist, with an emphasis on compassion for animals and eating what they refer to as a vegetarian diet. (By the way, I learned that there is absolutely no word for vegan in Chinese, and also that the Chinese are loathe to borrow words from other languages, so when I said vegan, that was translated as “pure vegetarian.” This typically means no animal foods, and may also mean refraining from leather, fur, and so forth.) It was refreshing to visit Buddhist temples where the monks and nuns eat and live in a vegan way, and they teach this also to lay people who come to the temples for teachings, inspiration, and spiritual retreats.

In addition, I was embraced with open arms by the Taiwanese Buddhists because it’s well-known that I was a Zen Buddhist monk in Korea, and my book, The World Peace Diet, is written in a way that resonates deeply with Buddhists because it is grounded in these teachings and in the universal spiritual truths that undergird the world’s religious traditions. The World Peace Diet had been translated a few years before I arrived and was already a popular book in Taiwan, both in bookstores as well as being featured in the media. Thus, when the word spread that I would be coming, there was a huge response, because the large Buddhist organizations sponsoring my lectures were able to get the word out to many people.

What is ironic is that I’ve never been allowed to speak at Buddhist centers and temples in North America and other countries, basically because the monks, nuns, and leaders eat meat and dairy products regularly. I’m sure that if I had gone to Thailand or Cambodia, for example, where Theravada Buddhism is the norm, or even to Japan, all places where Buddhists regularly eat meat, there would not have been nearly the interest in the vegan message. In fact, we flew from Taiwan to Perth, where there is a Theravada (Vipassana) Buddhist center. A number of students asked that I give a lecture there, but the head teacher refused to allow it. This has always been the case here in the U.S. as well, and includes centers of Tibetan Buddhists also, which are typically similarly resistant to the vegan message.

Thus, an obvious lesson we can see is that to the degree we can work within religious institutions and help people within them move toward understanding, embracing, and advocating veganism, we will open huge doorways for the vegan message to pour into the mainstream. Our recent experience in Taiwan is a good example. Our vegan message was amplified enormously through Buddhist-sponsored lectures, press conferences, television programs, and media reporting, interviews, and outreach.

Another lesson we can learn is about the role of animal agriculture in the cultural discussion of veganism. Taiwan, for example, is an island country about the size of Maryland with a population of 25 million, and New Zealand is a much larger island country about the size of Colorado, but with a population of only four million. There is no influential animal agriculture industry in Taiwan. People are naturally protective of their island’s beauty, and animal agriculture is mainly small-scale, though they do have an imposing fishing industry. East Asian people traditionally ate no dairy products at all, so dairy consumption is relatively new, just beginning in the post-World War II era with greater U.S. influence, but it has become quite popular in Taiwan, as it has throughout Asia. Even though there are over 1,500 registered vegetarian restaurants in Taiwan, for example, less than five percent are strictly vegan. Again, they don’t have the word, and the cruelty inherent in dairy is not understood by most. Though the Buddhist monastics are vegan, most Buddhist restaurants and functions are still vegetarian, not vegan, though this is changing as awareness grows, and is also helped along by the presence of the vegan spiritual movement founded by Master Ching Hai, which is quite strong in Taiwan, and manifests in about 20 vegan Loving Hut Restaurants around the country.

Because of the absence of a powerful animal agriculture industry in Taiwan, I witnessed, participated in, and heard about things that would be rare or almost impossible in North America, Europe, Australia, and New Zealand, like meat-free hospitals and meat-free weekdays in 93 percent of public schools. I had to pinch myself practically during a press conference I was in with highly respected Taiwanese politicians who were speaking about the importance of passing legislation promoting vegetarianism and veganism, and taxing animal foods because of their negative health and environmental consequences. There was no fear of the usual ferocious backlash from the animal ag industry! Thus, the Taiwanese are freer to question animal foods, which they primarily import, especially dairy products. When I asked, “From where?” the answer was, “From New Zealand.”

Another lesson: poor New Zealand. The last of the three countries we visited, New Zealand seems hardest hit by animal agriculture. Traveling through both the north and the south islands, we both witnessed and heard about the environmentally devastating consequences of animal agriculture, especially the large dairy operations that in recent years are expanding throughout the country. Wherever we went, we saw clear-cut forests and destruction of habitat for wildlife, in order to graze cows and grow feed for them. Of course this has happened in the U.S., Europe, and Australia as well, but in New Zealand, which has such a tiny human population, and so many rich green forests and clean streams, it seems especially tragic. Hearing about, and seeing, the devastating pollution of rivers and aquifers so that people in Taiwan and other countries can buy inexpensive dairy products from cruel, ecosystem-crushing industries was especially disturbing.  And of course the main anti-vegan argument we kept hearing in New Zealand (which we also hear in other rural regions of the world) is about the economy: “Our whole economy is built on the dairy industry: if you’re promoting veganism, you’re anti-New Zealand!”

So another lesson for all of us is to compassionately consider the meat and dairy industry workers and operators, and ways they can transition into growing healthy, sustainable, and peace-promoting gardens, orchards, and fields so we can feed everyone without forcing farmed animals into terror and misery, wildlife into extinction, children into starvation, and people into war and violence.

Finally, one of the most heartening lessons was working with the enormously creative, enthusiastic, generous, and resourceful vegan activists in all three countries. We’ll discuss that in the next writing. For me, one of the best things about being involved with and serving the vegan movement is the opportunity to meet and cooperate with some of the most loving and dedicated human beings on the planet. Madeleine and I are grateful to you all for your heart-touching and inspiring efforts!