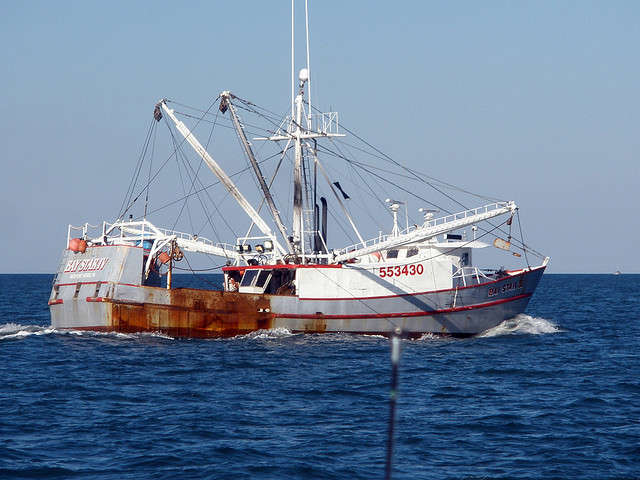 Fish from the ships in question were bought and processed by United Fisheries, New Zealand’s eighth largest seafood company, and later distributed to several of the United States’ largest restaurants and grocery retailers. Although it is difficult to directly trace the supply chain, suspected U.S. retailers (particularly of squid) include Whole Foods Market, Costco and PF Chang’s.

Analyses from the New Zealand Ministry of Agriculture and Forestry suggest that about 40 percent of New Zealand squid exports are caught on vessels that use forced labor.

Partially in response to these and other concerns, the California Transparency in Supply Chains Act went into effect on January 1, 2012. The act requires retailers with more than $100 million in sales to document and disclose their efforts to ensure their direct supply chains are free from human trafficking and slave labor. Covering more than 3,000 organizations, including several in the seafood business, it’s at least a step in the right direction.