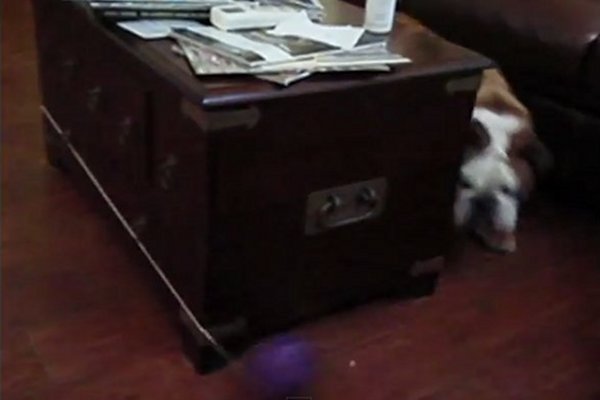 Since you’re reading this site, I think that it is safe to assume that you use the Internet often. Which means that you’ve probably performed the loop. This is the process that involves googling/facebooking/wikipediaing around in circles till you’re eyes have glazed over and you’ve lost about 6 hours and possibly two to three friends. Many members of an older generation will use such behavior to point out the lack of motivation in our generation, calling it unnatural and wrong.

Well, hypothetical members of the older generation…I present nature doing its own version of the loop. This video shows a bulldog chasing a ball in a circle for what seems to be an endless amount of time.

It’s as cute as it is comforting; let’s just hope that he doesn’t find out about Pinterest.