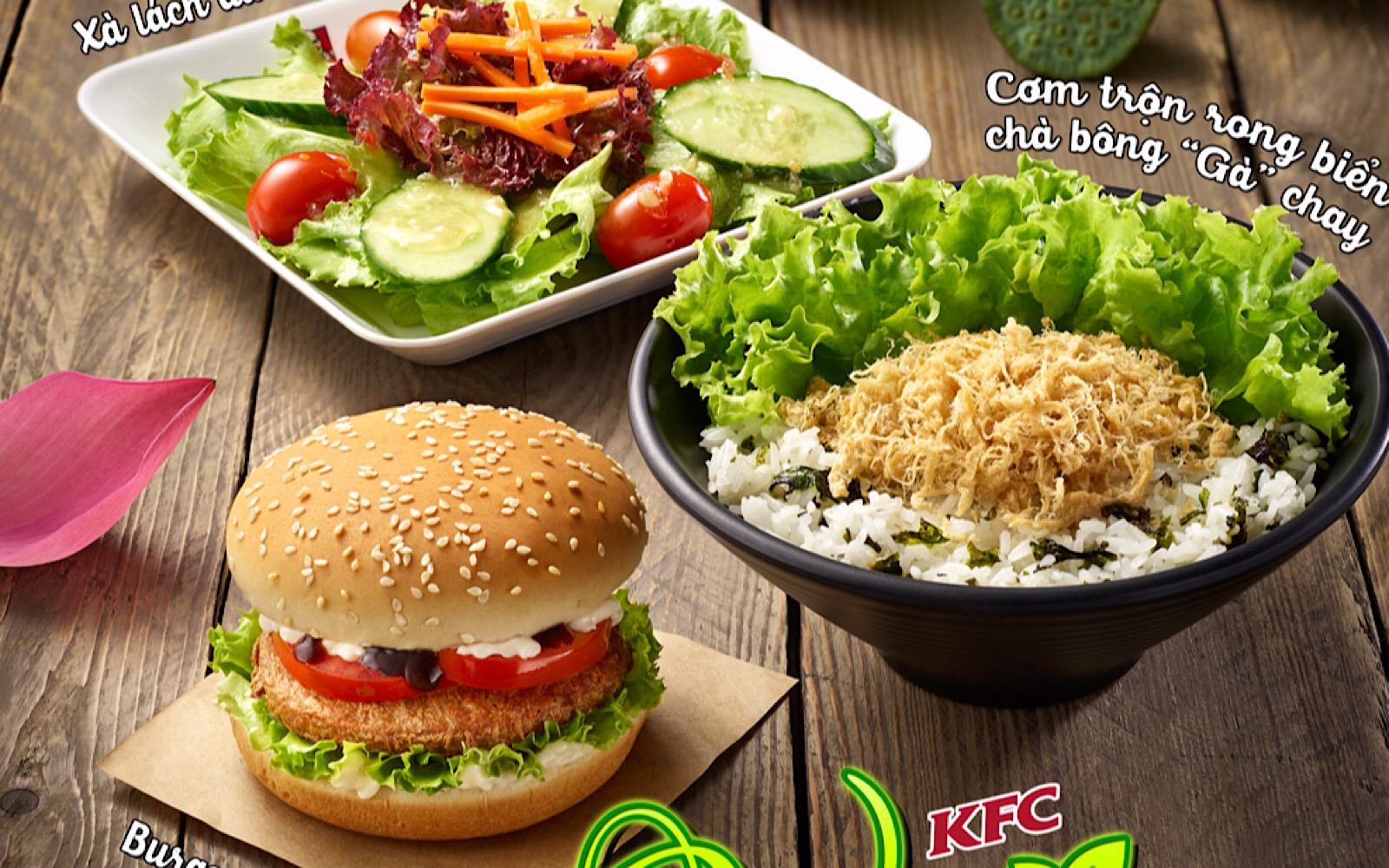 The plant-based movement has grown so strong that even meat-centric restaurants like steakhouses and fast food joints have caught on to the trend. White Castle started serving up the 100 percent plant-based Impossible Burger, McDonald’s has introduced vegan options at some of their locations, and KFC announced the launch of a new vegetarian “chicken” earlier this year. And now that veggie chicken is arriving at KFC Vietnam restaurants!

The new veggie menu is currently available in KFC Vietnam locations and features three items: a veggie chicken burger, a veggie chicken rice bowl, and a green salad. The new burger is made up of a piece of their veggie fried chicken with lettuce, tomato, hot black pepper sauce, and mayo (the company does not clarify if this is a vegan spread, so ask for an ingredient list or opt out of it); the rice bowl is composed of sesame seaweed rice, veggie chicken floss, and lettuce; and the green salad is a simple mix of lettuce, carrots, cucumber, and cherry tomato in a vinaigrette dressing. Sounds like a full meal with a little something for everyone! 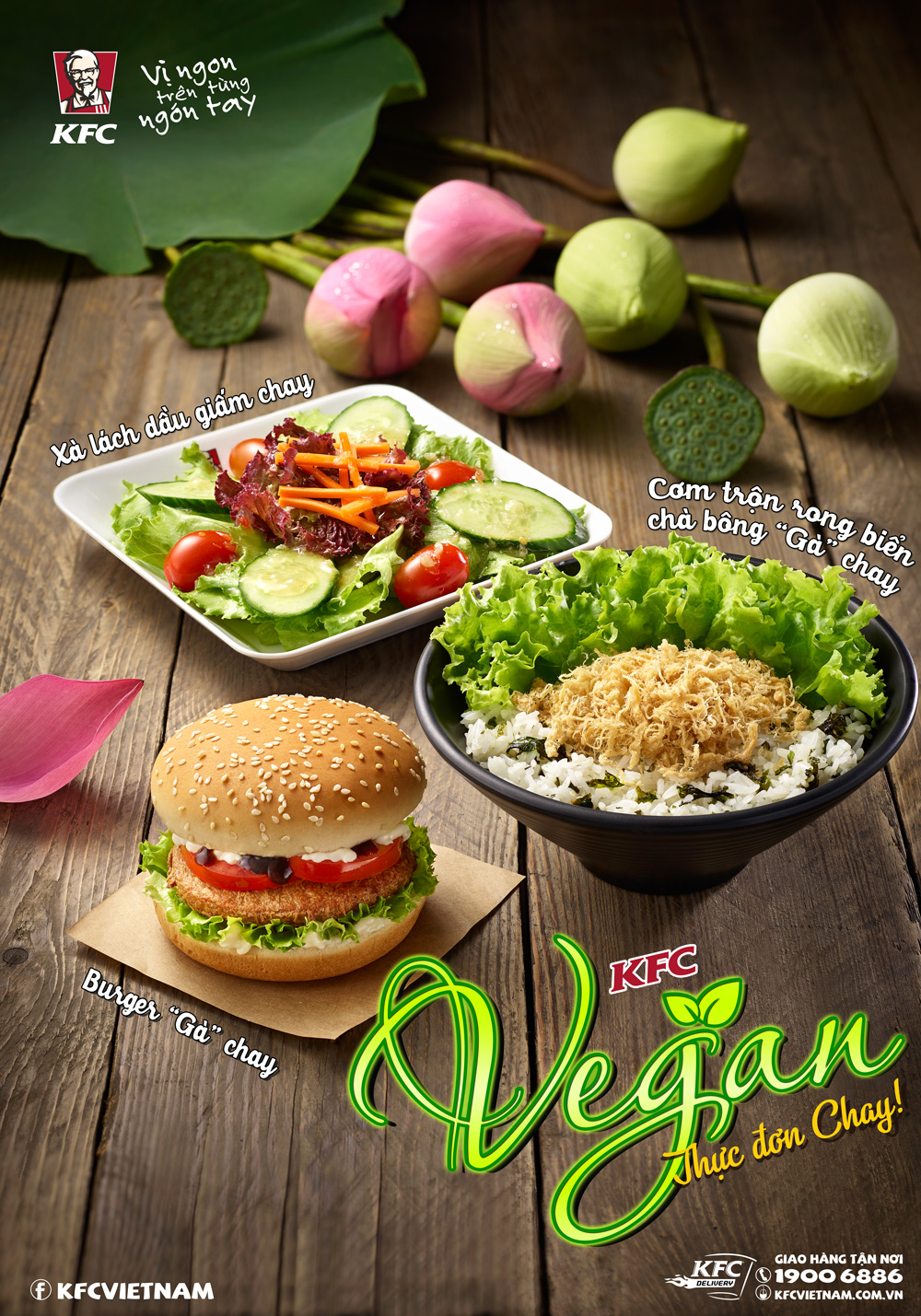 Although some people may have an issue with supporting a corporation whose profits primarily rely on industrialized animal agriculture, the fact that such a large meat-centric corporation is providing meat-free options is definitive proof that the plant-based movement has spread far beyond the “Vegan” realm and into the mainstream. Additionally, the new vegan menu proves that you do not have to sacrifice convenience to be plant-based, and it is bringing plant-based options to diners who may not typically seek out meat-free meals; something that is ultimately good for the entire world.

With fast food restaurants like KFC largely fueling the destructive industrialized animal agriculture industry that harms animals, us, and the environment, KFC providing meat-free options is a HUGE deal. According to Euromonitor, with 137 restaurants in Vietnam, KFC made up 15 percent of the fast food market value in 2011, making it the leading company in the country’s fast food industry. Considering diners who frequent KFC are typically not vegan or vegetarian, having plant-based options available has the potential to help shift all these patrons’ mindsets towards being more plant-based.

To learn how going plant-based has the power to heal the world, be sure to check out the Eat for the Planet book!