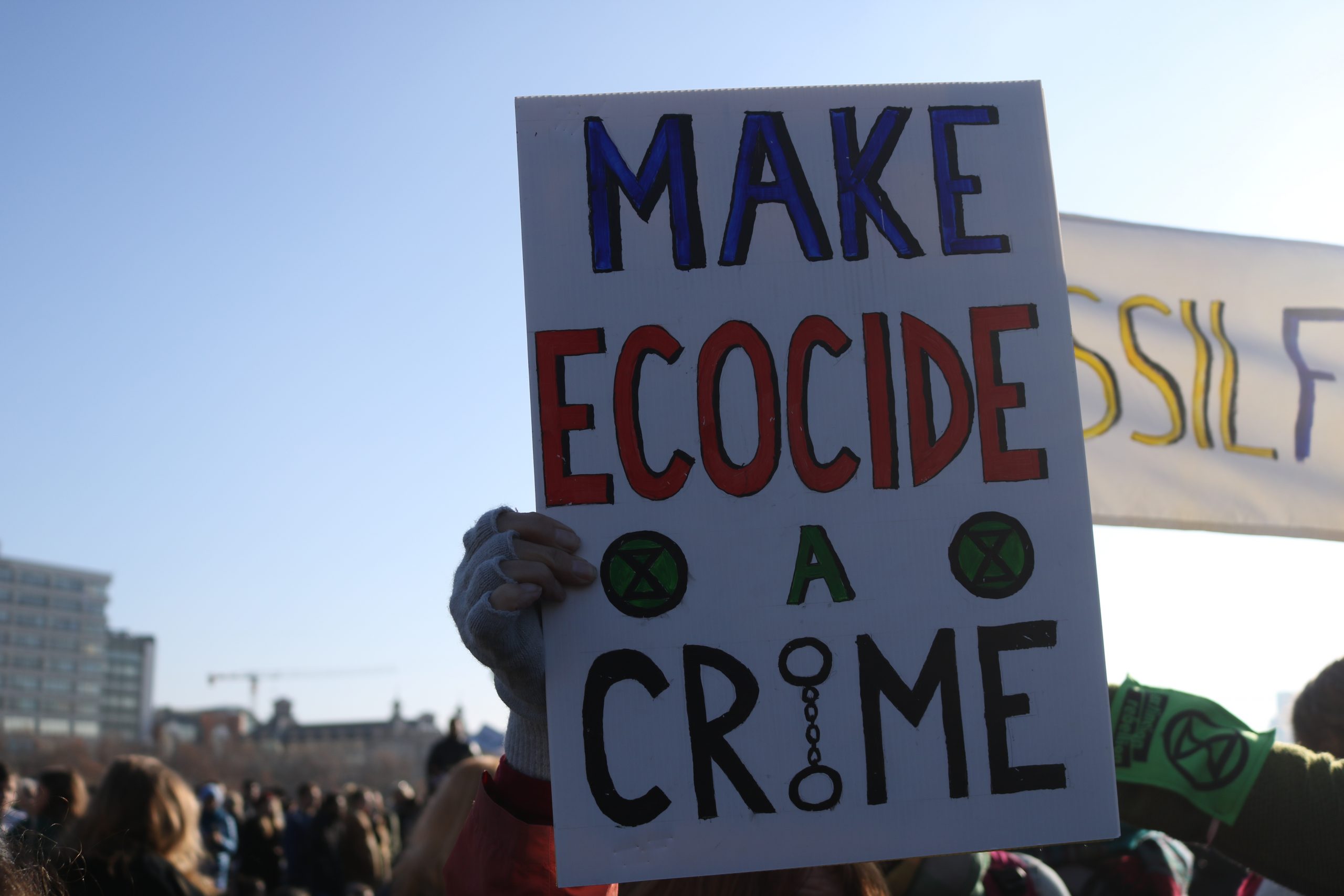 In 2017, lawyer Polly Higgins and environmentalist Jojo Mehta created the “Stop Ecocide” campaign. Their goal was the establishment of “ecocide” as an international crime. Sadly, Higgins passed away last year after a short battle with lung cancer. Her work continues on, however, and is gaining momentum.

A team of International lawyers along with Stop Ecocide are drafting plans to make ecocide an international crime similar to war crimes, genocide, crimes of aggression, and crimes against humanity. The project was launched on November 20th, 2020, exactly 75 years from the start of the Nuremberg war crimes trials.

Professor Jalloh is a member of the UN International Law Commission & Editor in Chief of the Journal of African Legal Studies & African Journal of International Criminal Justice. Honoured to have @CharlesJalloh on our expert #ecocide law drafting panelhttps://t.co/bbl0ajSbkC pic.twitter.com/hj3RetwN2h

“The time is right,” said Sands. “to harness the power of international criminal law to protect our global environment – seventy-five years ago, ‘crimes against humanity’ and ‘genocide’ were spoken for the first time, in Nuremberg’s Courtroom 600, and my hope is that this group will be able to draw on experience since that day to forge a definition that is practical, effective and sustainable, and that might attract support to allow an amendment to the ICC Statute to be made.”

Island states such as The Maldives and Vanuatu have issued statements in support of the campaign.

“We see little or no concrete action at multilateral level to bring about transformative changes necessary to prevent the repercussions of climate change,” said Ahmed Saleem, member of parliament of the Maldives. “It is time justice for climate change victims be recognised as part and parcel of the international criminal justice system.”

“As for ecocide, I think I was the first leader to use that term when the Amazon was burning,” he said. “So I share the ambition that you defend … the mother of all battles is international: to ensure that this term is enshrined in international law so that leaders … are accountable before the International Criminal Court.”

Belgium has also committed to diplomatic action to tackle ecocide crimes. The new government elected in June has pledged to include ecocide in their penal code. The government also promised to undertake “research and take diplomatic initiatives aimed at halting the crime of ecocide, which is to say the conscious destruction of ecosystems”

Stop Ecocide’s Polly Higgins may no longer be here but her work continues to inspire.

“Polly’s spirit lives in everyone who knows that serious harm to the Earth must be named – and prevented. It is our job to ensure that destroying nature becomes a crime,” Stop Ecocide’s website reads.

Sign this petition to ask world leaders to make ecocide an international crime.