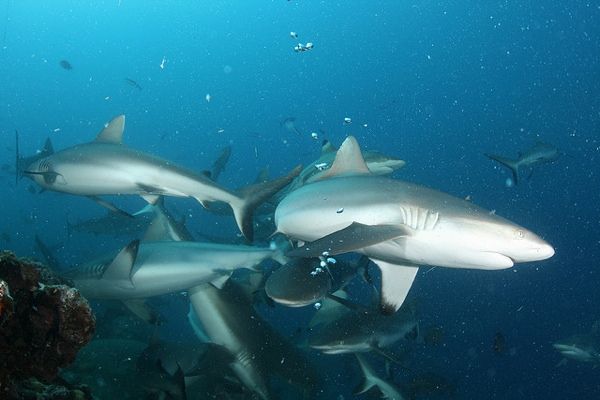 Although researchers, divers and even casual observers have long noted grouping patterns in sharks, until now scientists believed this behavior was merely a passive grouping near desirable resources. New research published this month in Animal Behaviour suggests that grouping patterns observed in sharks are actually a sign of sociability.

Specifically, the researchers observed that a population of blacktip reef sharks outside Moorea Island (French Polynesia) formed stable, long-term bonds in the form of several communities. Analysis of extensive data-gathering efforts and photography confirmed that the relationships among sharks were both meaningful and mutually beneficial.

Researchers hypothesized that these relationships and communities minimize aggression between sharks, provide some sense of protection from outsiders, and facilitate cooperative hunting.