Celebrities from across the world are joining together to call for the end of the dog and cat meat trade that is still prevalent in Indonesia. The campaign is being launched by The Dog Meat-Free Indonesia coalition (DMFI), comprised of Animal Friends Jogja, Change for Animals Foundation, Humane Society International, Jakarta Animal Aid Network, and FOUR PAWS.

In an open letter to President Joko Widodo of Indonesia, more than 90 celebrities, including everyone from Ellen DeGeneres and Peter Egan to Ricky Gervais, are using their voices to end the horrific treatment of cats and dogs intentioned for meat.

The letter to President Widodo reads: “We were horrified by the findings of nationwide investigations by the Dog Meat-Free Indonesia coalition, documenting the horrific reality of the trade: more than one million dogs and cats are transported throughout Indonesia to supply markets, slaughterhouses and restaurants. These animals, many of them stolen pets, are subjected to crude and brutal methods of capture, transport and slaughter, and the immense suffering and fear they must endure is heartbreaking and absolutely shocking.” 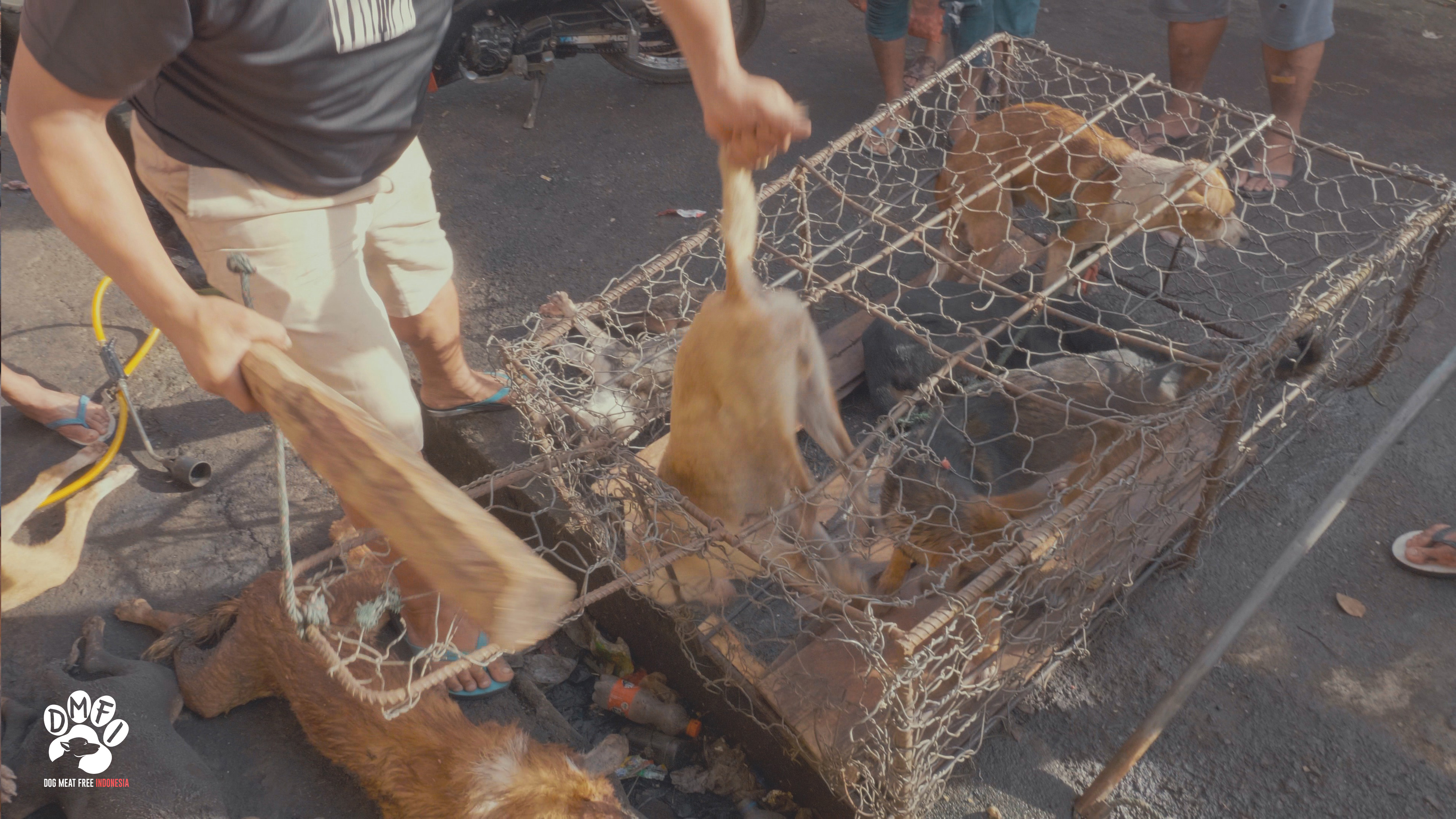 The letter continues, “The footage from markets in North Sulawesi is deplorable, and clearly documents the routine use of brutal handling and killing, including repeatedly bludgeoning animals over the head, killing animals in front of their terrified cage-mates, and blowtorching dogs whilst they are still alive. We are sure you will agree that the level of brutality towards these dogs and cats is shocking and demands your urgent attention.” 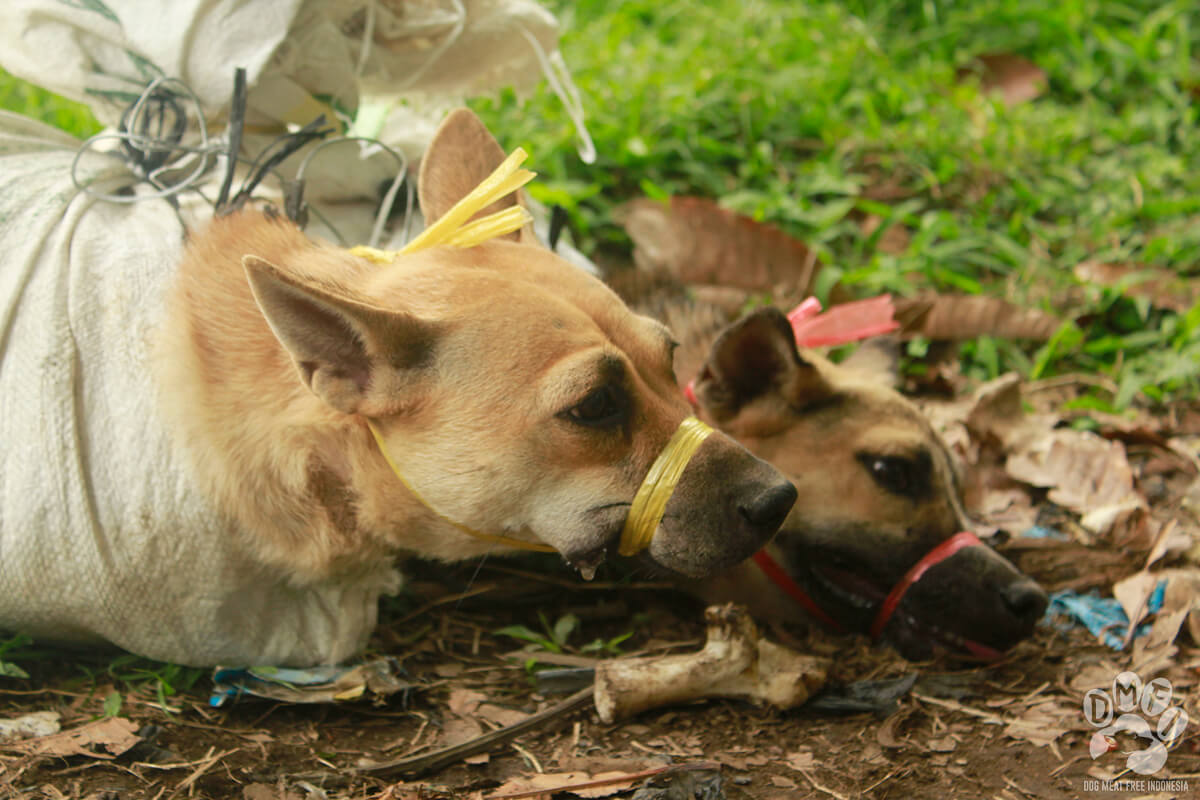 Footage filmed by the DMFI showed dogs being bludgeoned and blowtorched as they were butchered. We argue continuously that humane slaughter for our meat is an oxymoron, but even the practices that are allowed for meat processing throughout much of the rest of the world surely cannot be as cruel as some of Indonesia’s practices.

Karin Franken, Director of Jakarta Animal Aid Network, said, “Most people in Indonesia don’t eat dog and cat meat; in fact, many Indonesians are highly critical of the trade because of the growing concerns for animal welfare, high incidence of dog theft and the fear created by the gangs who steal dogs from the streets and people’s homes.”

Aside from killing cats and dogs purely for meat consumption being a horrific practice, there are health implications as well. The World Health Organization has said that the trade in dog meat for human consumption is contributing to the spread of rabies in Indonesia. This is a small reason to stop the trade in dog meat but an important argument to make to those defending the trade.

Change For Animals Foundation along with the DMFI recently discussed the dog meat trade with government officials in the Indonesian city of Tomohon; the call for ending the dog trade is clearly prevalent in Indonesia and throughout the world.

It is great to see celebrities using their platform to help end this cruel practice. We can all do our part by helping to raise awareness and encouraging everyone we know to support the important work being done by DMFI.