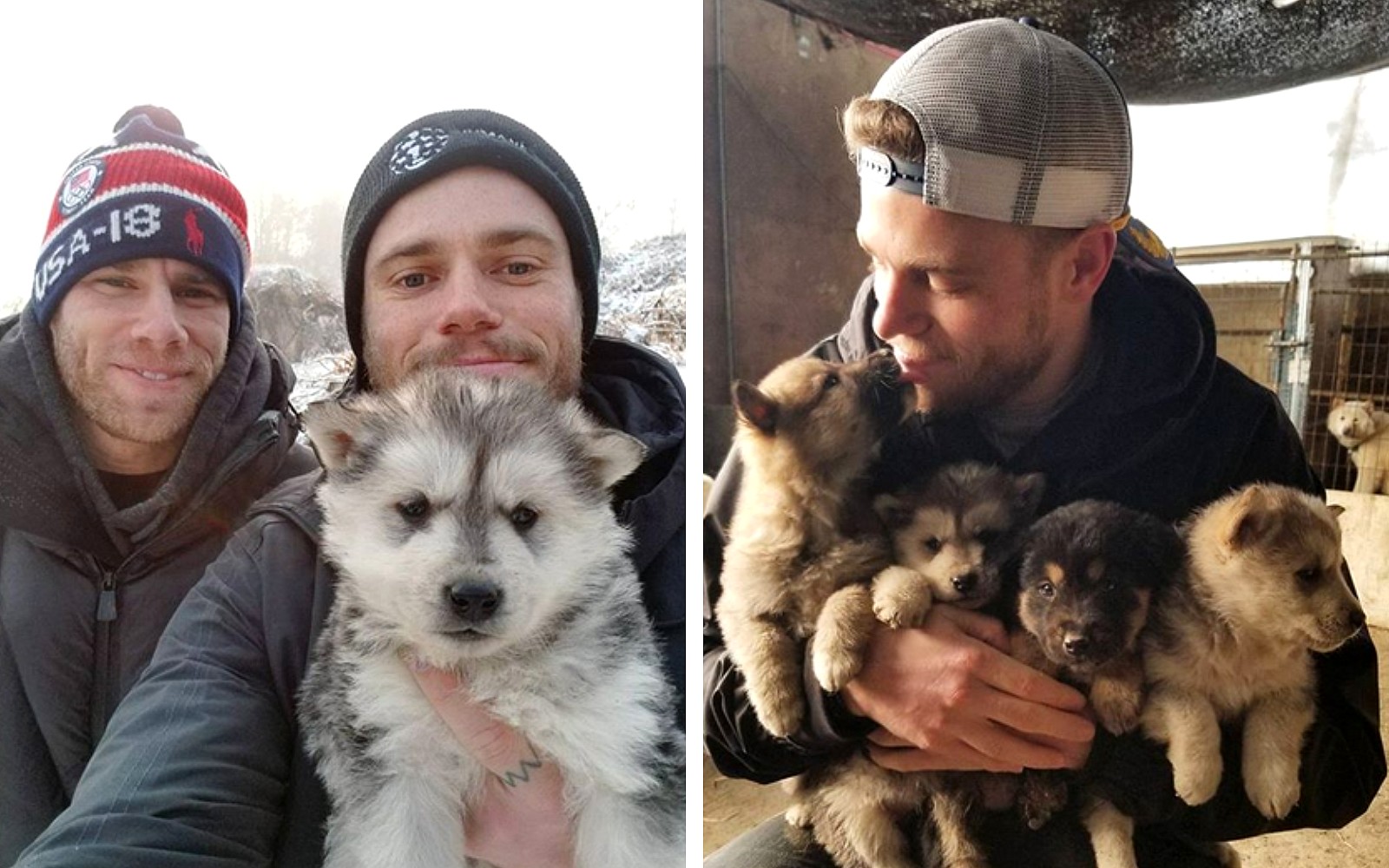 Olympian Gus Kenworthy, who competed for the U.S. in slopestyle skiing during the Winter Olympics in Pyeongchang, might not have won a medal, but he is not leaving Korea empty-handed. After his competition, Kenworthy and his boyfriend Matt Wilkas decided to visit a Korean dog meat farm – and seize the opportunity to raise awareness for the dog meat trade and inspire others to help dogs in need. The meaningful visit also resulted in a new little member of their household!

The Olympian documented the “heart-wrenching visit” on Instagram, emphasizing that there are around 17,000 dog farms in South Korea and 2.5 million dogs are being raised for food “in some of the most disturbing conditions imaginable” across the country. 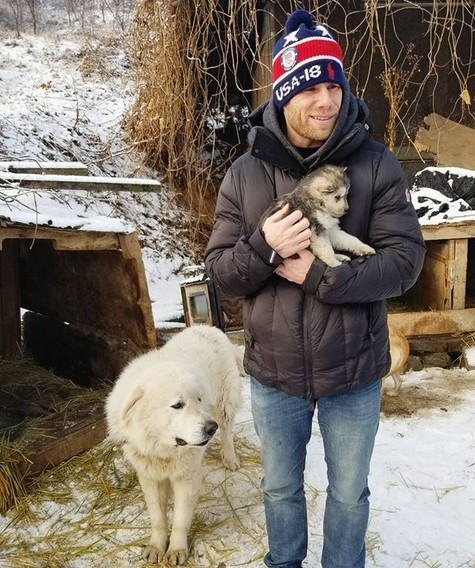 Kenworthy noted that eating dog meat may be considered part of Korean culture, but the way in which the animals kept on meat farms are treated is “completely inhumane and culture should never be a scapegoat for cruelty.” 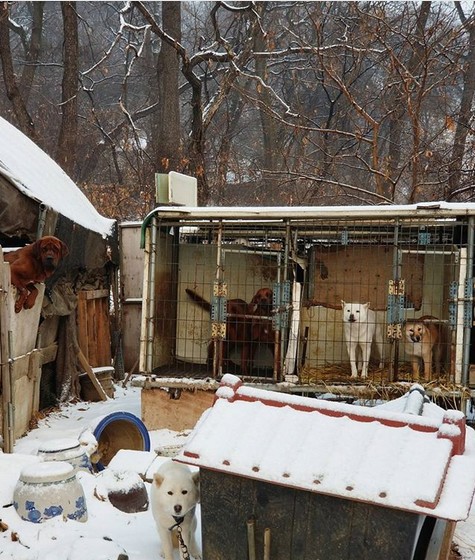 “The dogs here are malnourished and physically abused, crammed into tiny wire-floored pens, and exposed to the freezing winter elements and scorching summer conditions,” Kenworthy wrote.”When it comes time to put one down it is done so in front of the other dogs by means of electrocution sometimes taking up to 20 agonizing minutes… Some of them were even pets at one time and were stolen or found and sold into the dog meat trade.“ 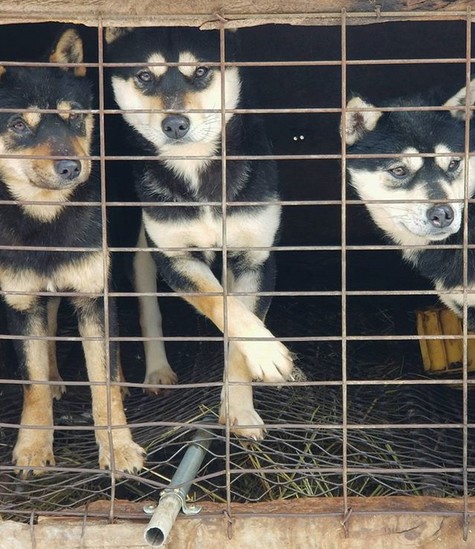 Thankfully, the farm visited by Kenworthy and Wilkas is now being permanently shut down – thanks to Humane Society International and the cooperation of the farmer. All of the 90 dogs kept on the farm will be brought to the U.S. and Canada, where they will finally have a chance to be loved. 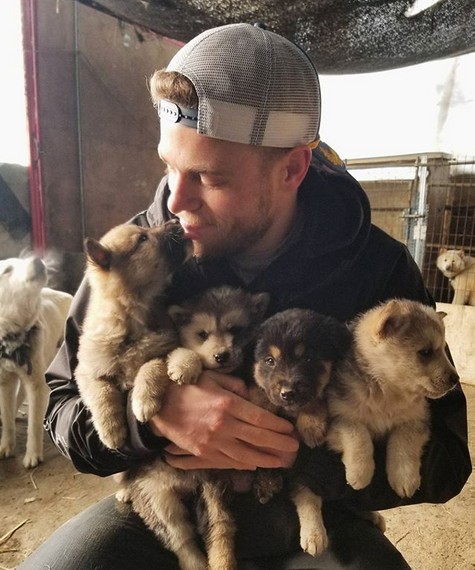 Kenworthy adopted one of the rescued puppies, Beemo, who will come to the U.S. to live with him as soon as she is done with her vaccinations. “I cannot wait to give her the best life possible!” he said. 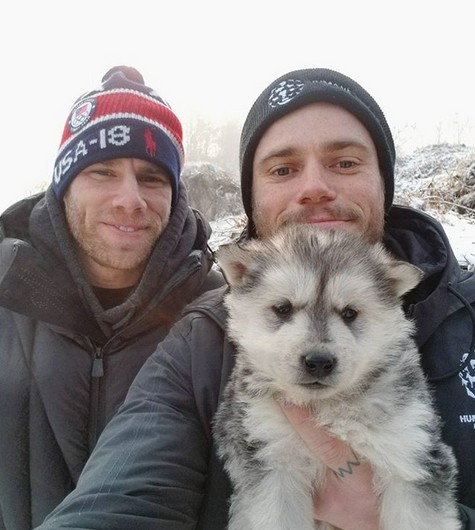 Little Beemo and the other dogs rescued from the facility have nothing to fear anymore – but, as the Olympian stressed, there are still millions of dogs in need of help in Korea. “I’m hoping to use this visit as an opportunity to raise awareness to the inhumanity of the dog meat trade and the plight of dogs everywhere, including back home in the U.S. where millions of dogs are in need of loving homes!” he wrote.

This is not the first time Kenworthy made an effort to help dogs while traveling for the Olympic Games. In 2014, he brought back home two stray pups he found near the Olympic Village in Sochi, Russia. It is incredible to see this sportsman go out of his way during such a huge event and do a bit of good for the animals who need it so much – and use his platform to encourage it even more!