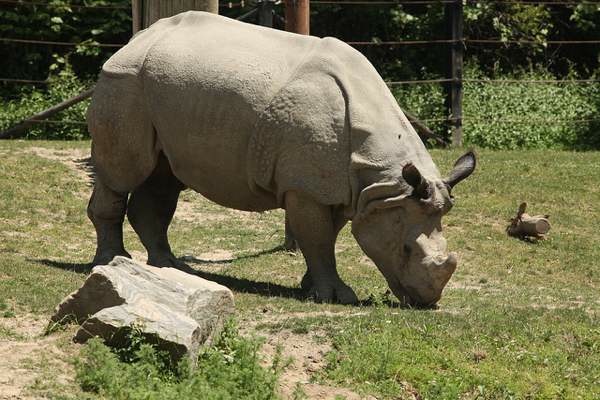 120 new cameras have been installed in Ujung Kulon National Park in Indonesia to help monitor the world’s last 35 Javan rhinoceroses.

Park authorities have put together a montage showing the rhinos roaming park forests, including video footage of mothers with their young. The footage will be used in conjunction with DNA monitoring to help researchers better understand Javan rhino behavior and population trends. The cameras were donated by the World Wildlife Fund and the International Rhino Foundation.

Susie Ellis, Executive Director of the International Rhino Foundation, noted: “This compilation of images from these video trap cameras provides us a peek into the secret lives of Javan rhinos – something we’ve never seen on this scale before.”

The Javan rhino is considered a critically endangered species, primarily due to habitat loss. Although poaching of this species has been virtually eliminated in recent years, the isolated population is still at risk. The last remaining Javan rhinos could easily be wiped out by disease outbreak or a single natural disaster.

This park is the only habitat for this critically endangered species, and there are no Javan rhinos kept in captivity.

For a peek at these rare animals, check out the video footage below!