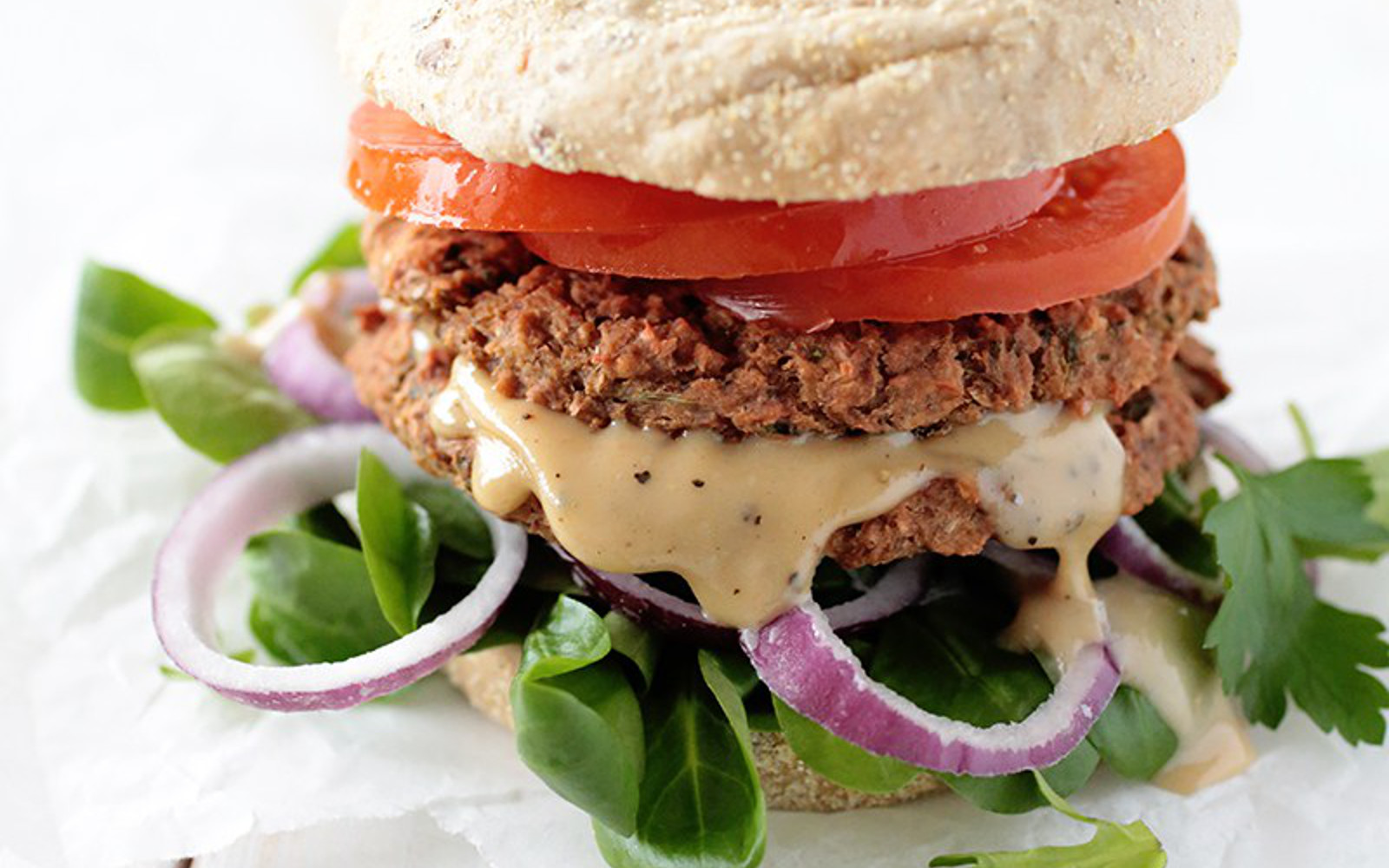 If you are remotely interested in the food industry, visited a grocery story or eaten out lately, you’ve probably heard of the biggest food story of the century. This time, it isn’t a trend, a diet, or a weight loss program that’s sweeping the nation and changing the way millions of people eat. It’s a shift that has been years in the making but is finally starting to take shape in a way that just cannot be ignored.

Americans are falling out of love with meat.

Thanks to the growing awareness that meat is not the healthiest or the most sustainable source of protein, demand for alternative protein sources are at an all time high. One-third of Americans are choosing to leave meat off their plates more frequently. In 2015, the U.S. Department of Agriculture reported that over the past 10 years, the annual per capita red meat consumption in the U.S. fell 15 percent to 101 pounds.

Still not convinced or not quite grasping the true impact of this industry-shifting trend? In what is the surest sign that this shift in meat eating is not only real, but also has in fact reached a tipping point, Meatingplace Magazine, which describes itself as a community where “meat and poultry processors and their suppliers come together every day,” just bowed down to the sheer force that is the plant-based protein space.

Yes, meat is being redefined at this very moment in history and even the industry that produces meat via livestock farming is sitting up and taking notice.

Meatingplace Magazine just ran a cover story in their March 2016 issue dedicated to the plant-based “meat substitute” market. The in-depth feature accurately points out that meat alternatives aren’t just for vegans or vegetarians; increasingly, even meat lovers are looking for protein options. It also states it will be up to meat processors to determine whether they can address the market with their own products, the reasons consumers are looking for alternatives, or choose to enter the market for these products themselves. The feature acknowledges that it is time for the meat industry to understand the space and do something. Citing several sources indicating plant-based proteins and vegetables are the top trends for 2016, it goes on to explain that both restaurants and retailers are jumping onto this trend.

The article highlights companies like Impossible Foods, Modern Meadow, and Beyond Meat that are either using plant-based ingredients or culturing actual bovine cells to manufacture food that mimics the taste and mouth feel of meat. As if that weren’t enough, it also features a Q&A with founder and president of Gardein, Yves Potvin who explains that “the plant protein market has genuinely evolved, especially over the last decade, bringing new dimensions of taste and texture to the table.”

Research quoted in the piece from Radiant Insights values the global meat substitute market at $3.4 billion in 2014, with an annual growth rate of 7.5 percent, reaching $5.81 billion by 2022. According to some estimates, the meat substitutes or alternative proteins could make up one-third of the entire meat market by 2050.

As the article points out, even meat giants like Hormel and Tyson are not ignoring the alternative protein trend, and it’s only a matter of time before they start to gobble up companies that are redefining meat or start to introduce their own meat-free products in the market.

The future of protein is here … and it ain’t meat (or at least, not meat as you know it)!