Little Dog, Whose Jaw Was Split Open, Huddled by Cars in a Fast-Food Parking Lot Hoping a Kind Human Would Help 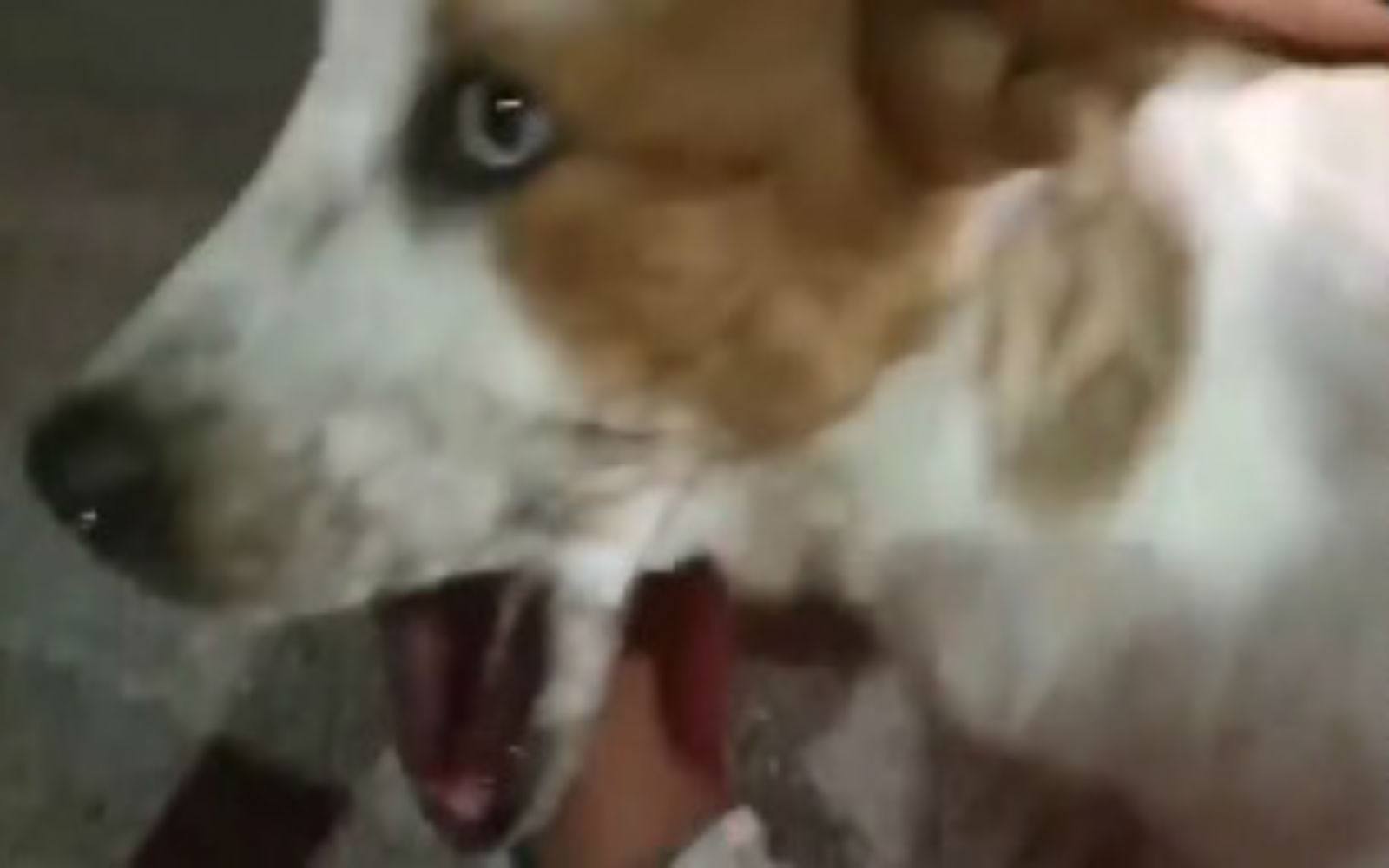 Caeser was found in a parking lot outside a Little Caeser’s restaurant in McAllen, Texas by a kind couple who saw he seemed to have his mouth wedged wide open. He was cowering up against a car in the lot, alone, scared, and probably in excruciating pain. This poor little boy was waiting for some kind-hearted human to notice him and help! The couple contacted Rescue Dogs Rock and they immediately sent a rescuer to pick him up. Without their involvement, animal control would have been called, and it is possible that Caeser’s would have been sent to be euthanized due to his condition.

When Caeser was checked over, his carers realized that his jaw was split wide open. He was rushed to Pet Dr911 for life-saving surgery, which cost $1,000 at a minimum. Without this surgery, Caeser would be unable to eat or drink, so it was vital to have his jaw repaired. Despite his ordeal and how terrified this poor little boy must have been he is gentle, sweet-natured, and has stolen the heart of his rescuers. We aren’t sure how this awful injury happened to Caeser, but what is more important right now is that he is given time to recover so he is ready to be adopted by someone who can give him the love he so desperately needs. We wish you well, Caeser!

There are more than 70 million homeless cats and dogs living on the streets across America today. These defenseless animals have to fend for themselves, forage for food, seek out shelter when it is possible, and are at risk of illness or injury, just like poor Caeser. How can a dog who can’t even open and close his mouth properly do anything to take care of himself? Dogs like Caeser need our help! This is why it is so important that we turn the tide on bought pets and instead focus on adopting the 6.5 million cats and dogs that enter our shelters every year.

Rescue Dogs Rock works tirelessly to save abused and at-risk dogs from kill shelters, and provide vetting and loving homes. If you are able to donate to help Caeser or would like to know more about the incredible work this rescue does, please get in touch.