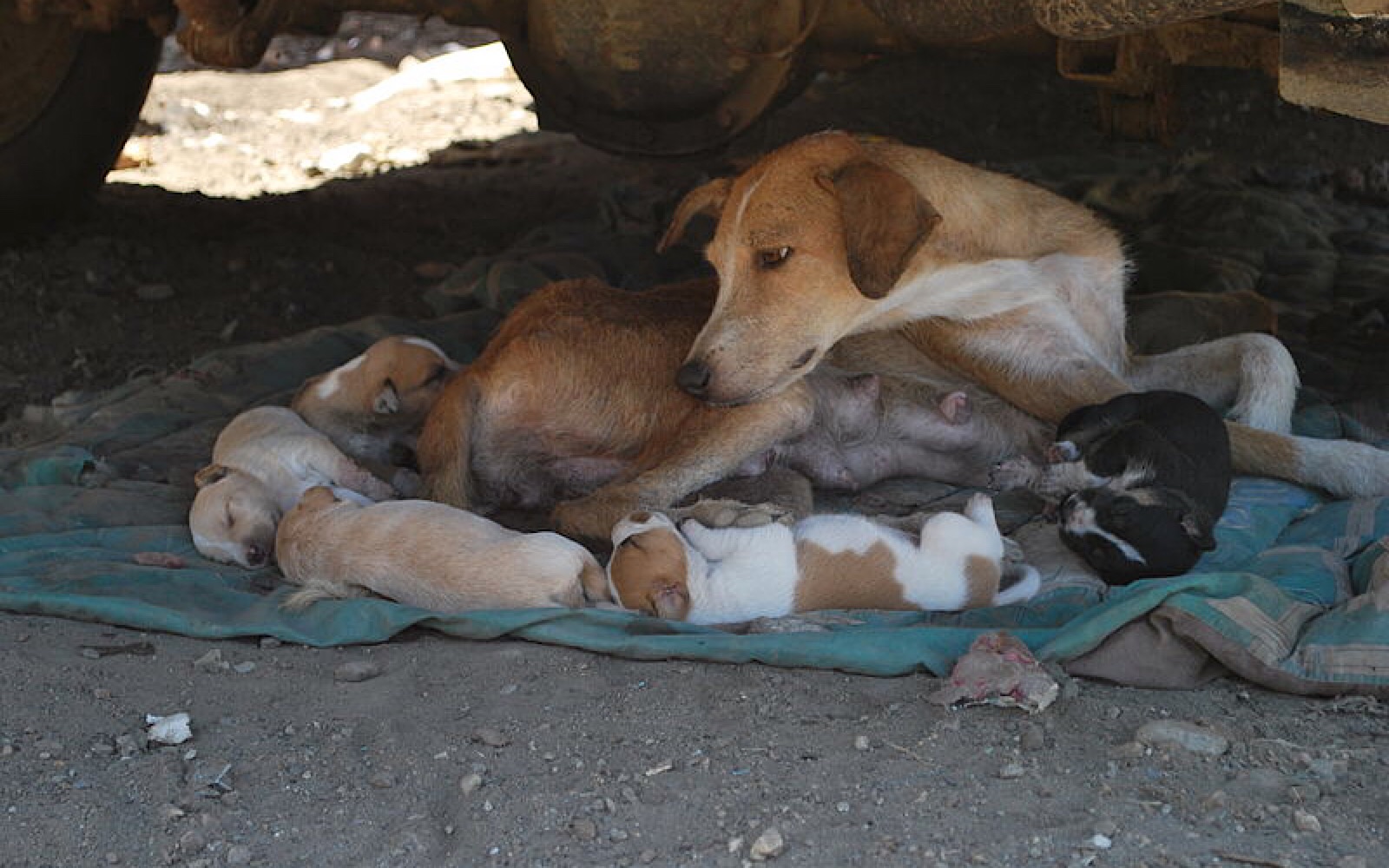 Pet homelessness is an issue our society has been struggling to resolve for decades. In the U.S. alone, an estimated 70 million homeless animals are roaming the streets. 6.5 million companion animals enter U.S. shelters every year and while many are adopted, nearly 2 million are still being euthanized simply because they don’t have a home.

In other parts of the world, those numbers can be even more staggering, with an estimated 200 million stray dogs and cats worldwide. In areas with limited resources for affordable veterinary care and spay/neuter services, animal populations quickly grow out of control. Having large numbers of unvaccinated dogs and cats roaming around also leads to illness and disease running rampant. Dogs and cats are starving and dying in the streets, unable to find food and clean water to give them the energy they need to survive. Those who become injured by cruel humans, fights with other animals or being hit by vehicles often succumb to a painful death on the streets.

Caring for homeless animals is a constant struggle in these communities. In Mexico, run-down and understaffed shelters are common, and animals are often euthanized using painful and terrifying methods like electrocution instead of more humane methods. Local organizations try to help as many as they can, but the overwhelming task of rescuing animals while working to stop pet overpopulation is something they can’t do alone.

Many rescues believe that helping animals shouldn’t be limited to their own town or even country, especially with so many animals needing rescue. Showing that compassion should stretch beyond our own borders, these organizations are working to help animals in their own communities while also making an impact on the lives of homeless dogs and cats in Mexico. 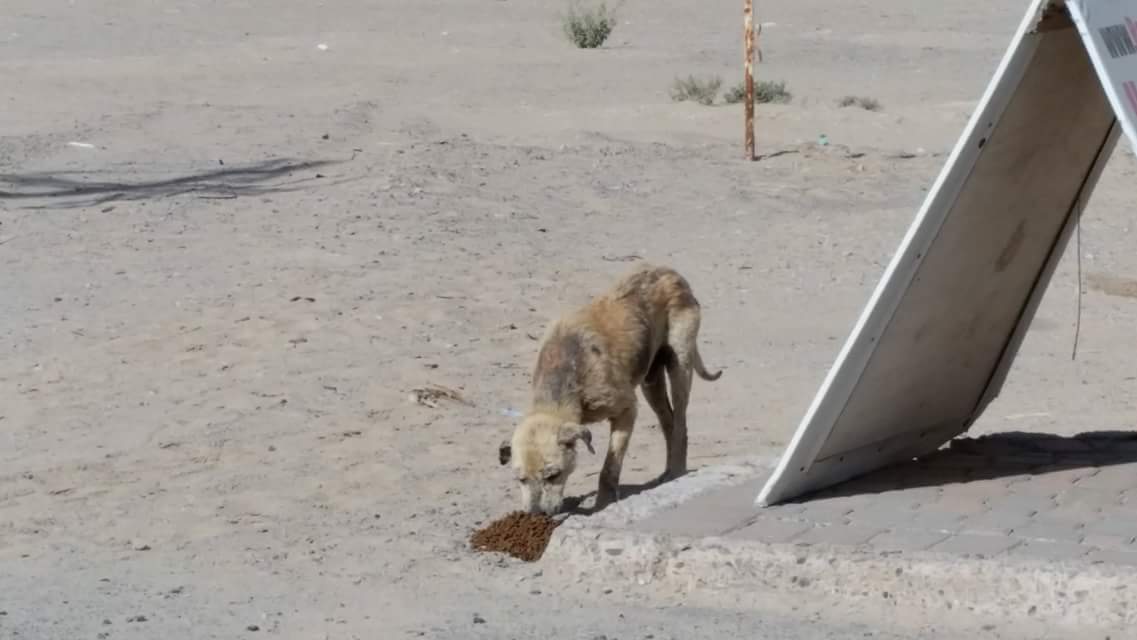 Phoenix, Arizona-based Caring for Canines believes that no animal should be turned away. And it’s this belief that led them to partner with organizations in Mexico to help the countless dogs in need. In addition to transporting sick, abandoned, and injured dogs into rescue, they help coordinate wellness and spay/neuter clinics that help family pets and homeless dogs in impoverished areas get the care they need and deserve.

By vaccinating and performing sterilization surgery, they can keep existing animals healthy while also controlling the growth of street dog populations. The organization also partners with local schools to teach children about animal care and how to help animals that are injured or sick.

Their Mexican rescue partners include Barb’s Dog Rescue in Puerto Peñasco, an organization that takes in street dogs and provides them with medical treatment before placing them up for adoption. Caring for Canines works with Barb’s Dog Rescue and local authorities to host low-cost wellness clinics that offer spay/neuter services for dogs in need. 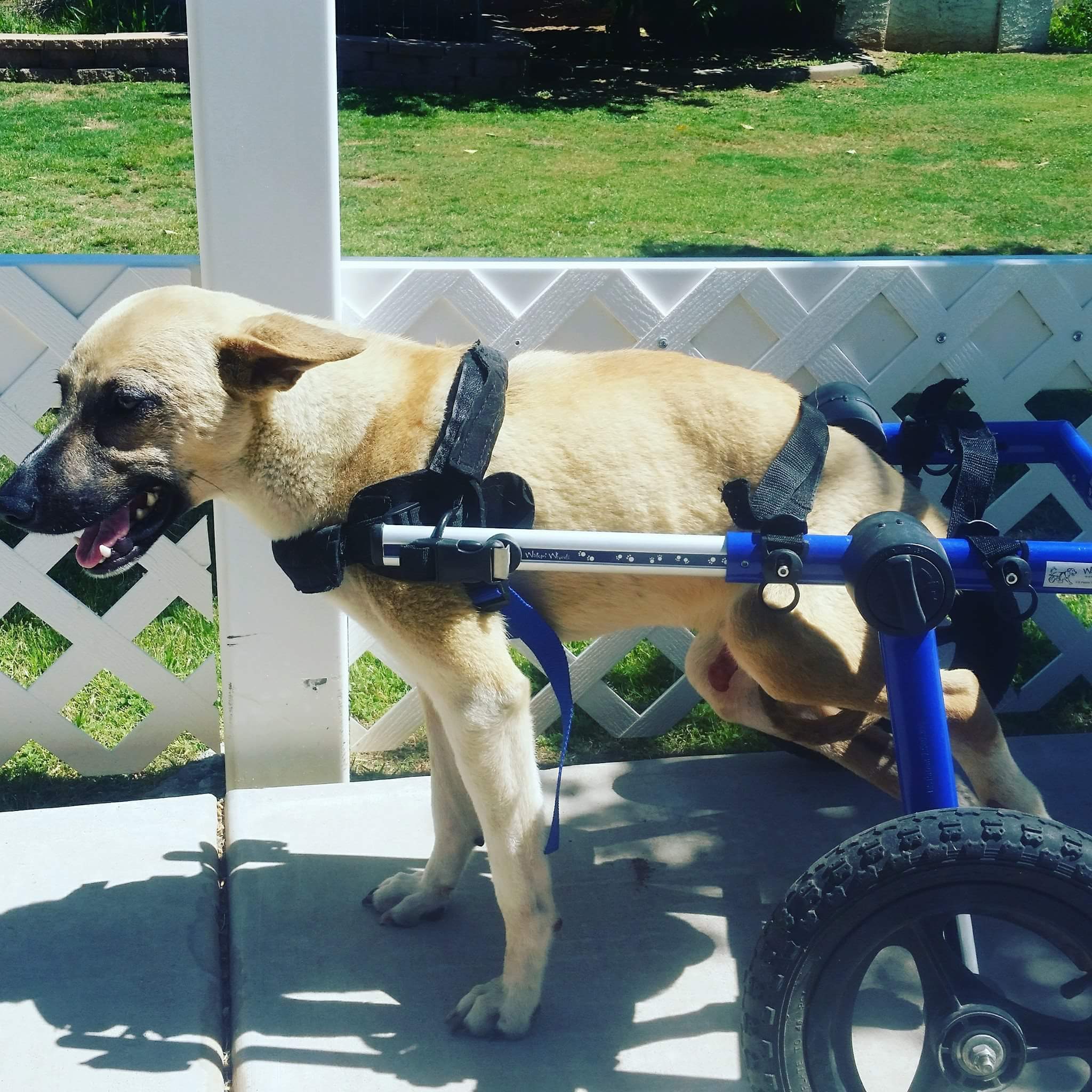 Caring for Canines rescued over 900 dogs from the U.S. and Mexico in 2017, including Chuchito, a dog in Mexico who had been hit by a car and left paralyzed on the side of the road. Because of their efforts, “Chu Chu” was able to receive medical treatment and be fitted with a customized cart. Instead of dying alone, he and other dogs in need are now being given a second chance. 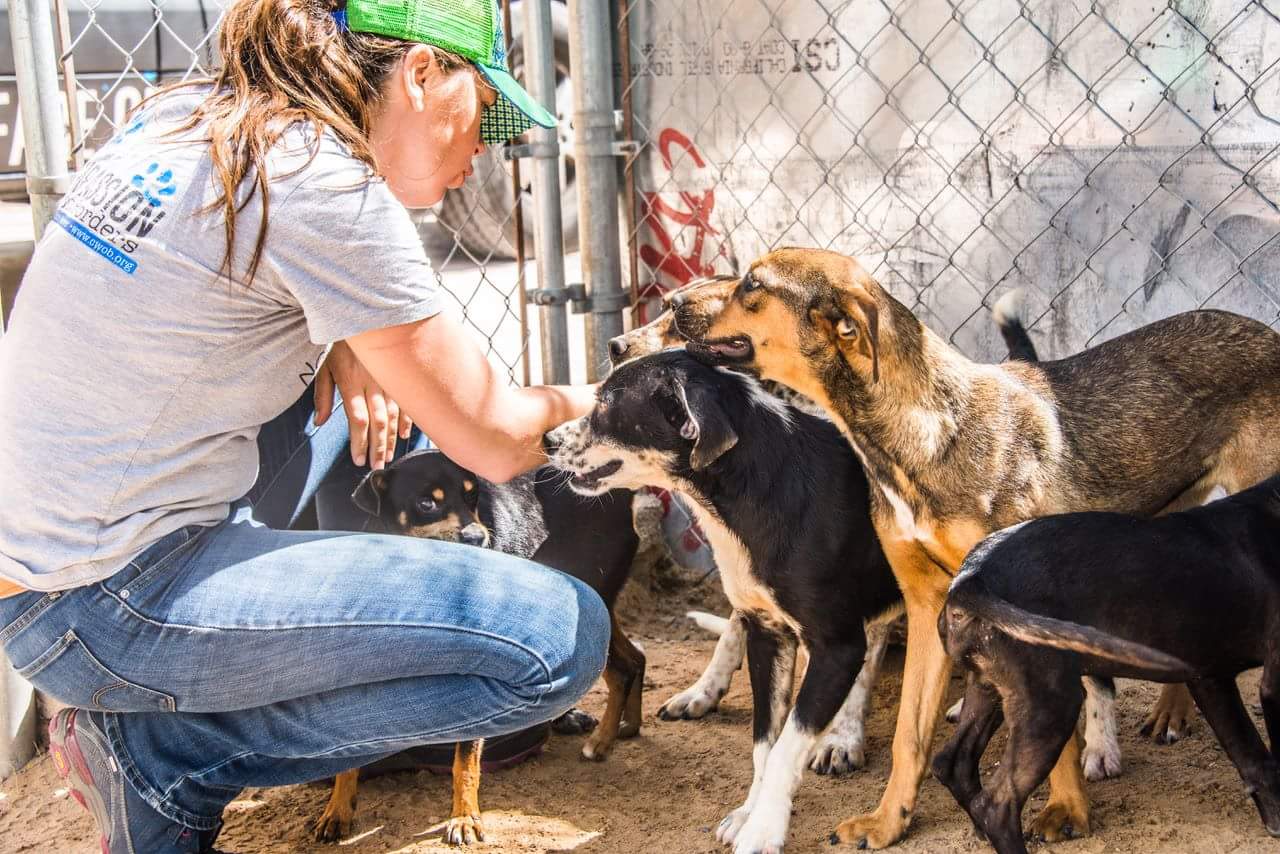 Compassion Without Borders’ founder Christi Camblor realized there was an incredible need when she visited the neighborhood of Anapra, which is close to the U.S.-Mexico border. The animals she saw were suffering from disease and starving to death, with hundreds of sickly dogs and puppies roaming the streets. The conditions in the animal control facilities were also horrific, with sick and dying animals housed in filth with no food or proper veterinary care.

Determined to make a difference, the organization now rescues dogs in California’s Central Valley and Mexico and provides free veterinary care and spay/neuter services in underserved areas of both regions. They also work to provide humane euthanasia services as an alternative to electrocution, a common way of killing homeless and unwanted pets in Mexico. Compassion Without Borders also partners with rescue organizations to provide humane education and training to help prevent animal suffering.

People often ask why organizations choose to help animals in other countries, and Camblor says it’s because “these animals are in our backyard. Mexico is our neighboring country. We have the tools, the experience, the knowledge, and the resources to help them. So, of course, without question, we should.”

To date, they have provided veterinary wellness and spay and neuter services for over 18,000 dogs and cats in Mexico and over 9,000 in the U.S. Their U.S. and international rescue programs have also helped save the lives of over 4,000 dogs. 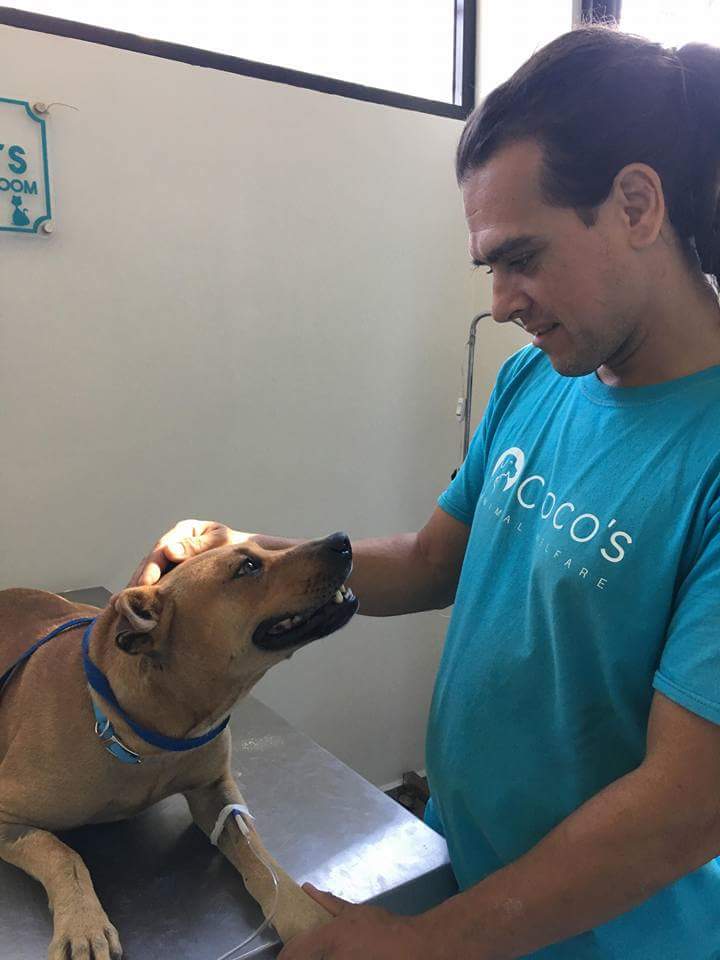 With a goal of ending pet homelessness, Minnesota-based Pet Project Rescue helps animals in the U.S. and Mexico by providing spay/neuter services to help reduce the number of homeless and unwanted pets. Their mission started on Isla Mujeres, Mexico in 2008, where they witnessed the plight of street dogs that were struggling to survive on the streets.

After meeting a local woman who ran a rescue organization and clinic called Isla Animals, they worked to implement pet education programming and free spay/neuter services to help reduce the number of homeless animals living on the streets. The program is working, and thousands of animals have received services through the partnership. They’ve also expanded their outreach to include partnerships with Coco’s Animal Welfare in Playa del Carmen and Tierra de Animals in Cancun, meaning they can help even more homeless animals.

Pet Project Rescue believes that spay/neuter initiatives are essential in the fight against pet homelessness and the number of unwanted animals dying in shelters. And they hope to combat the issue in their home state of Minnesota as well as Mexico by providing education and free sterilization services to the community. In addition to their work in Mexico, Pet Project Rescue has a foster hospice care program for terminally ill dogs and cats, an adoption program for under-socialized cats in high-kill shelters, and a program to provide free veterinary care to homeless animals and families who are unable to afford veterinary care.

How You Can Lend a Hand

You can help dogs in need by supporting these and other organizations working to help homeless animals in your community and beyond. Organizations are always in need of foster homes, as well as monetary and supply donations to provide the animals they rescue with everything they need. All animals deserve a chance and by working together, we can help end pet homelessness.