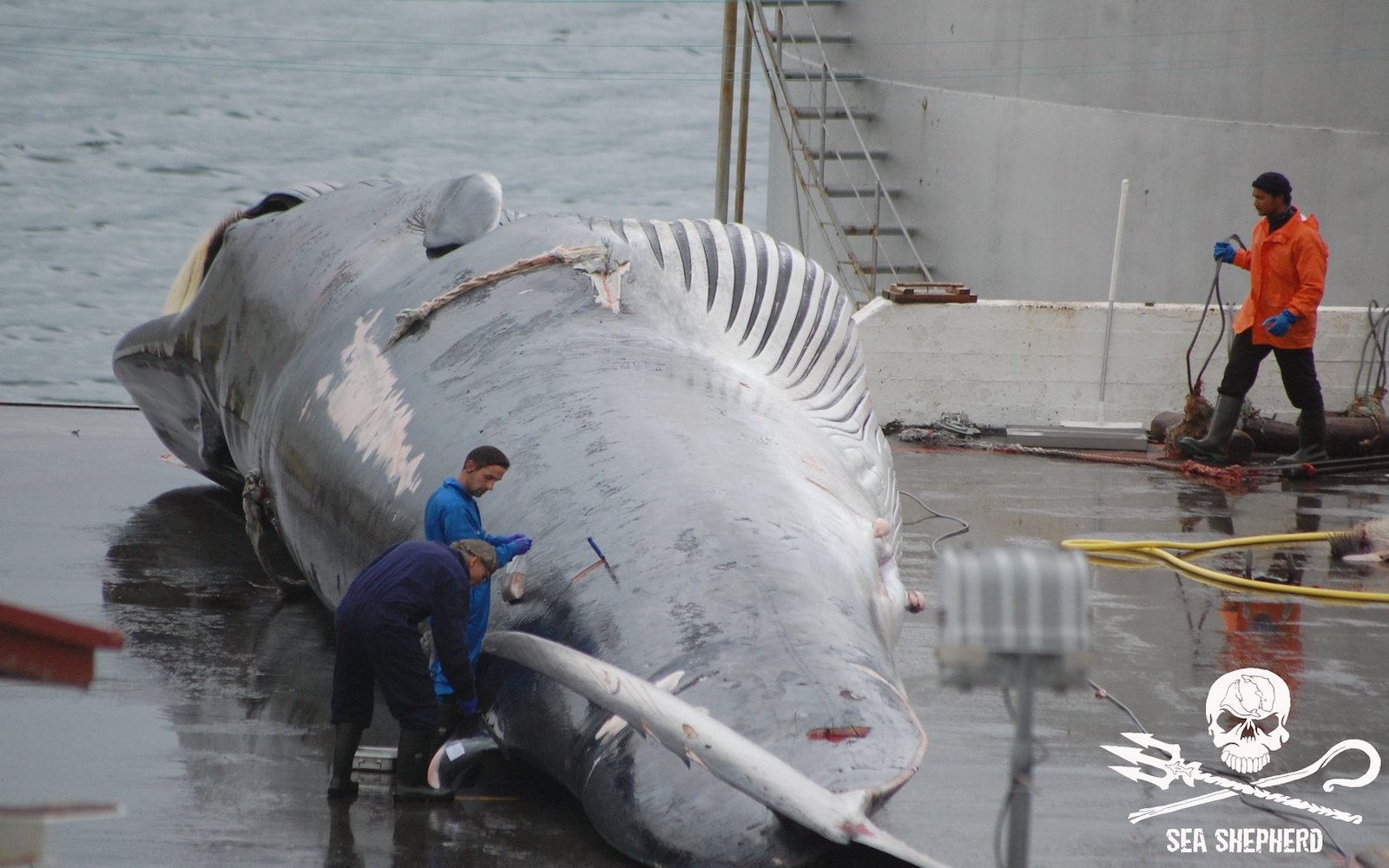 Throughout history, innocent whales have often been hunted by humans for their meat, blubber, and oil. And while many have spoken out against butchering these majestic cetaceans over the years, commercial whaling is still alive and well in the modern world.

The brutal practice is especially popular in Iceland, where the government allows a certain number of whales to be slaughtered each year during the nation’s “summer whaling season.” Unfortunately, commercial whaling operations primarily target fin whales, a critically endangered species. This summer, the Icelandic government is allowing 161 of the whales to be slaughtered, plus an additional 30 fin whales leftover from last year’s unfulfilled quota.

Icelandic whaling giant Hvalur hf (Whale Inc.), run by Kristján Loftsson, is taking full advantage of this opportunity to murder hundreds of whales in order to make profits by exporting the animals’ body parts to Japan, where they will be turned into expensive delicacies or used for “medical purposes.”

So far, the whaling operation has pulled a total of 90 whales aboard its huge vessels, according to Sea Shepherd UK volunteers who have been tracking Hvalur hf’s ships since the start of Iceland’s 2018 whaling season.

Most recently, the Sea Shepherd crew captured disturbing photos of a harpooned pregnant fin whale being dragged onto the Hvalur 8 whaling ship.

After transporting the poor creature to the company’s whaling station, three of the whalers were spotted trying to quickly hide the mother whale’s lifeless fetus from Sea Shepherd volunteers after removing it from her body. Still, they could not possibly cover up the whale body parts strewn across the pavement. 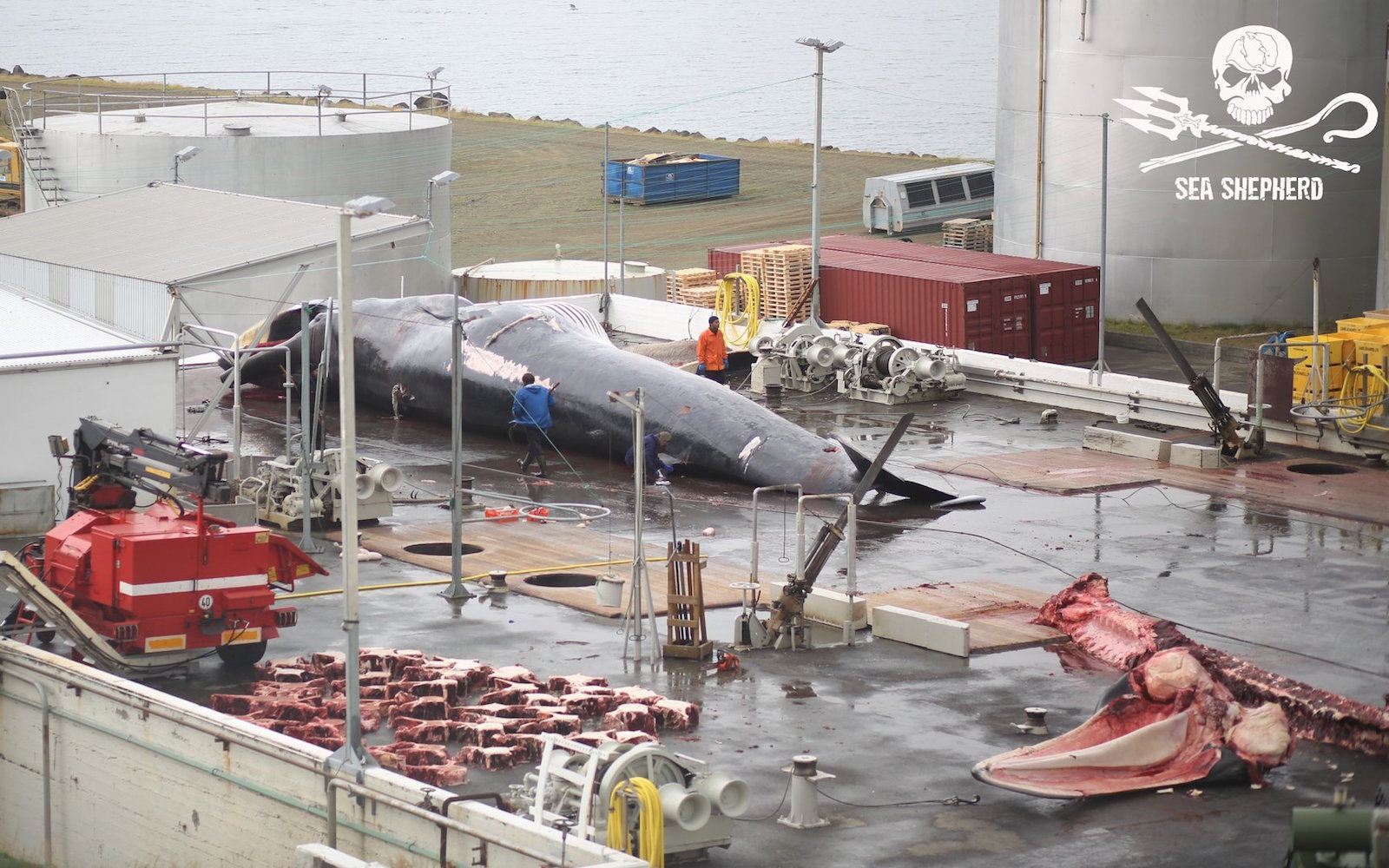 Why is the senseless slaughter of an extremely threatened species for human profit being allowed to continue unchecked? We can’t quite fathom why it’s still happening, especially given that there is a global moratorium on whaling.

Fortunately, Sea Shepherd UK is doing everything in its power to raise awareness about this ridiculous practice in hopes of bringing it to an end once and for all. If you’d like to help this hardworking team put a stop to the brutal killing of precious fin whales, please consider donating to Sea Shepherd UK here or here.

And even if you are not able to donate right now, you can still play a role in the fight against commercial whaling by passing along what you’ve learned here to everyone in your network. It’s time for us to take action and make cruel and unnecessary whale hunting a thing of the past!