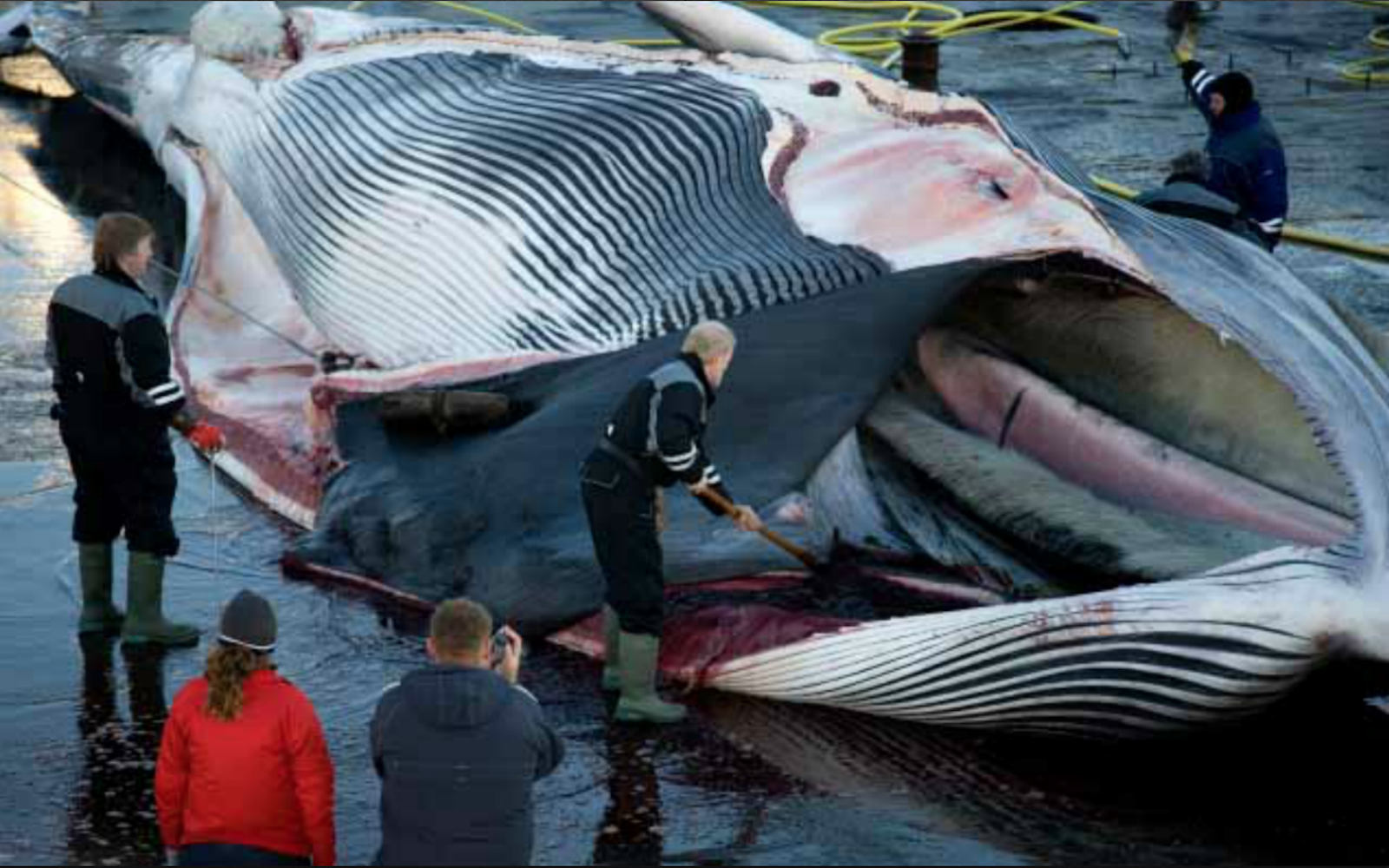 Iceland is the only country where these marine mammals are able to be hunted commercially, which is baffling when you take into account how few fin whales there are. The fin whale population is considered critically low outside of the Central North Atlantic region surrounding Iceland. Hvalur hf has been given permission to hunt 161 fin whales this summer, with the meat being sold to Japan to be eaten and the gelatin going “for medical purposes.”

Environmental contaminants, such as pesticides and heavy metals, tend to accumulate in top predators like whales and dolphins, meaning that the meat from these animals can negatively impact human health. It has previously been reported that much of this imported meat from endangered fin whales has ended up stockpiled in cold storage, with some even being used in dog food products in Japan!

As you can imagine, animal lovers worldwide have been left shocked at this cruel decision to resume hunting innocent animals. “We are utterly appalled to learn that after two years free from explosive harpoons and seas stained red with their blood, fin whales – supposedly granted international protection – are once more to be callously slaughtered in pursuit of a profit,” said Clare Perry, leader of our Ocean Campaign. Former President of the United States, Barrack Obama has also condemned the whale hunt.

Please DON’T fuel this senseless hunt by eating whale meat and since many are unaware of this massive slaughter of innocent cetaceans, please SHARE this article with friends and family.