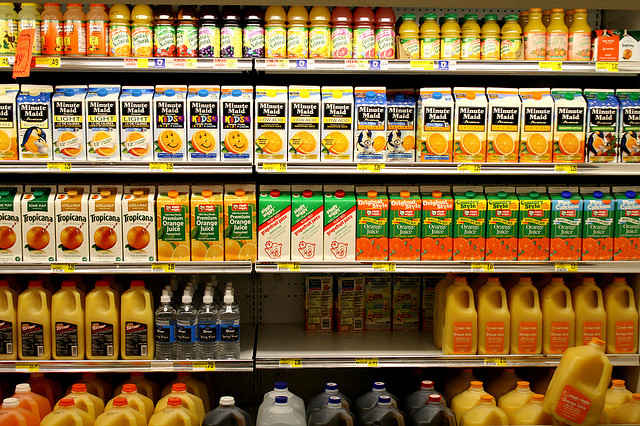 It’s common knowledge that soda contains excessive amounts of added sugar. In fact, a Glasgow University survey of over 2000 people in the UK determined that most people actually overestimated the amount of sugar in soda, as reported by The Press Association. Participants were asked to estimate how many teaspoons of sugar were in a variety of common beverages. While they overestimated sugar in soda, participants “significantly misjudged” the amount of sugar in several drinks commonly perceived as healthy.

The Telegraph reports that smoothies were thought to contain four teaspoons of sugar when they actually contain six, and subjects underestimated the sugar in pomegranate juice by a whopping 18 teaspoons. Naveed Sattar, professor of metabolic medicine at the University of Glasgow, is quoted in Fife Today stating that many people may not be aware of the high calorie levels of these seemingly healthy beverages. Of those surveyed, half of the people who said they consume three or more sugary drinks in a day do not compensate by reducing food calories. A quarter of the participants disregard liquids when tracking sugar and calorie intake while dieting.

Given that over-consumption of sugary drinks is a contributing factor of obesity, which leads to other metabolic conditions, replacing these drinks with water may help those struggling with weight to reduce their caloric intake. So put down that sugar-laden soda, or better yet, make your own low-sugar smoothie or juice!