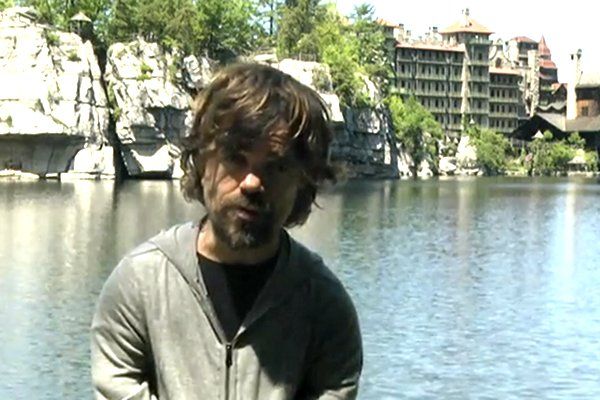 In HBO’s hit series Game of Thrones Emmy and Golden Globe winning actor Peter Dinklage is constantly steeped in battle over control of a mythical kingdom. As the second season of the series draws to a close, Dinklage plans to take his fight to farm. The actor, who has been vegetarian since he was 16 will be the new spokesperson for Farm Sanctuary’s Walk for Farm Animals, a series of fun, community-focused events aimed at changing the way society views and treats farm animals that take place in more than 35 North American cities this Fall, as well as virtually.

“I love animals and the way they are treated on factory farms is not OK with me,” says Dinklage, who currently graces the cover of Rolling Stone magazine. “Numerous studies have shown that cows, pigs, chickens, turkeys, and other farm animals possess the same intelligence and capacity for fear, pain, and joy as dogs and cats, yet the meat industry uses expensive ad campaigns and clever marketing to hide the reality that animals used for food are treated like unfeeling machinery. Fortunately, we can think for ourselves and challenge the status quo by making choices that don’t hurt animals.”

Watch the exclusive new video of Dinklage below, where he explains why he is Farm Sanctuary’s 2012 National Walk for Farm Animals Spokesperson, and  urges you to join a Walk today!