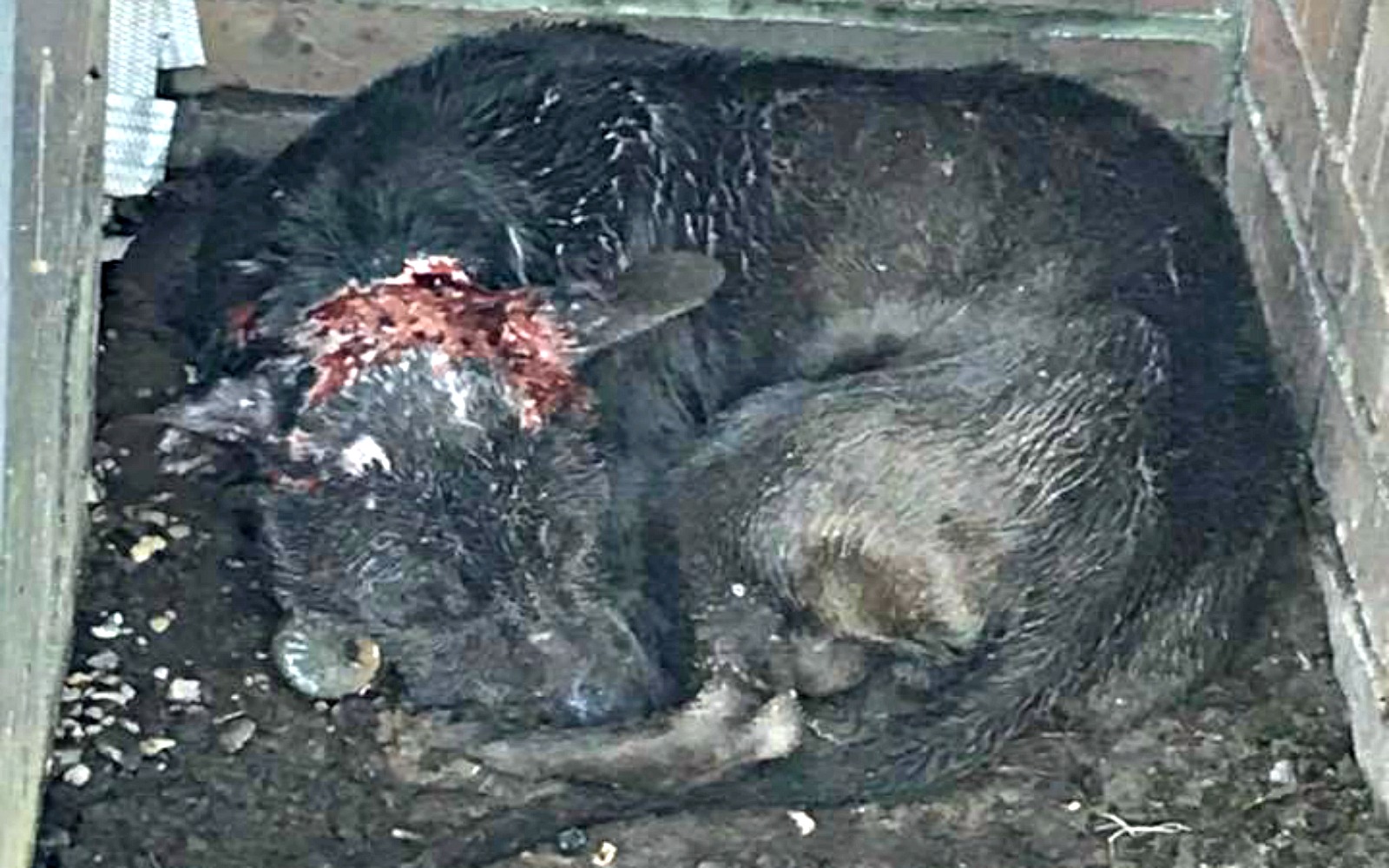 A heartbreaking rescue unfolded in 2018 in Jones County, Mississippi after a Pit Bull was found in appalling condition. The homeowner who first spotted the injured dog called the Sheriff’s Department, who contacted Southern Cross Animal Rescue (SCAR). Once they got a clear look at the dog’s condition, it was evident that he was the victim of dog fighting. The sweet boy was given the name Atlas and taken to the vet for emergency care.

When SCAR arrived on the scene, the poor dog was curled up in a corner near the house as if he was hiding from the horrible people who abused him. 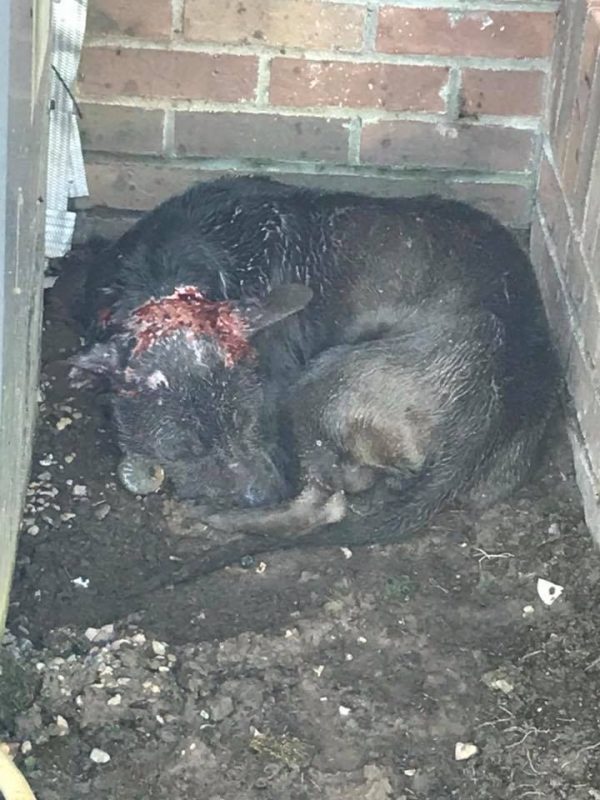 Cuts, lacerations, and bite wounds covered his face, head, and neck. Atlas also was emaciated and had a swollen back leg. 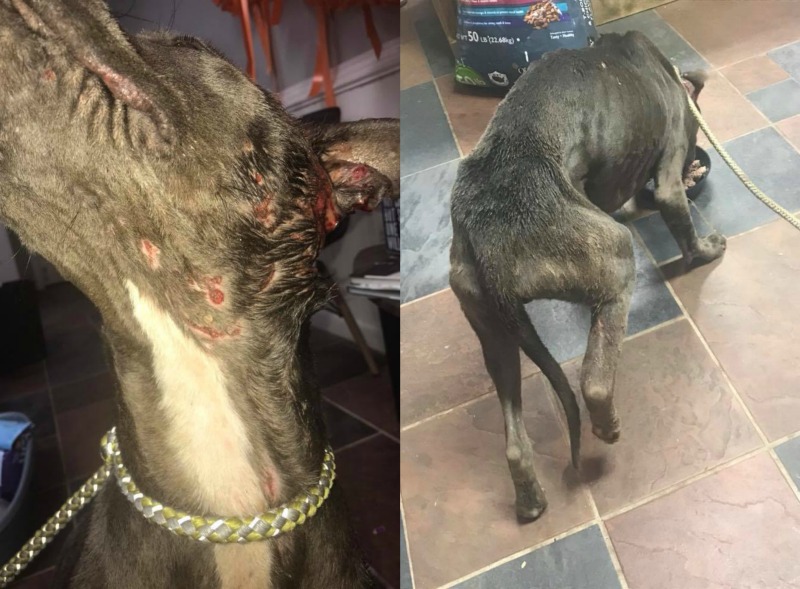 Like all victims of dog fighting, Atlas deserves a life worth living, and SCAR will make sure he gets there. Atlas is going to need a lot of support, however. SCAR reports he will need X-rays, drain tubes, surgery, and more. 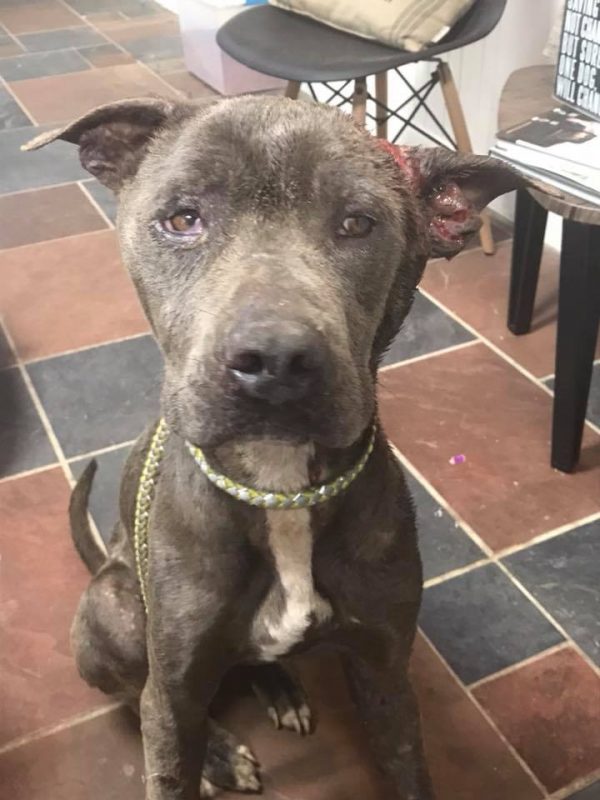 While this sweet boy will have a long road to recovery, he is very lucky to be alive. Many victims of dog fighting are never found or given a second chance. They will never know kindness and love, only terror, pain, and hunger. Despite the fact that it is illegal in all 50 states, dogfighting still occurs more often than you would expect. Dogs who are bred and trained for dogfighting undergo abuse and mistreatment, while bait dogs are used to train other dogs to kill and left for dead once their abusers have no more use for them. This is most likely what happened to Atlas … he was thrown out like trash after he was no longer of use. This is a horrific life that no dog should have to endure.

If you suspect that dogfighting or animal abuse is happening in your area, contact your local authorities or click here for a list of hotlines to report dogfighting rings or abuse. It is up to us to give a voice to these innocent dogs!