Abused and Neglected Dog Who Was Kept on a Chain for Years Is Finally Free! (PHOTOS)

“This is as bad a case of neglect and probable abuse I have seen in my 35 years of practicing veterinary medicine in South Georgia.” This is what a veterinarian who cared for a dog named Liam, saved by Guardians of Rescue last year, had to say when they laid eyes on the poor pup. The dog was found tied in heavy chains in the yard of his legal guardians in Long County, Georgia. Liam had been suffering from neglect and possibly abuse for years – while the animal control authorities did absolutely nothing to end it. Fortunately, the rescuers had the chance to get to the dog before it was too late and saved his life.

As Guardians of Rescue reports, Liam’s so-called guardian had been suspect for offenses regarding animals, including dog fighting, for a long time. When animal control finally stepped in, several dogs previously living on the property “miraculously vanished.”

Liam was finally surrendered thanks to concerned citizens who pressured the authorities to take action. “This is a very dark, deep and disturbing situation,” the rescuers wrote. 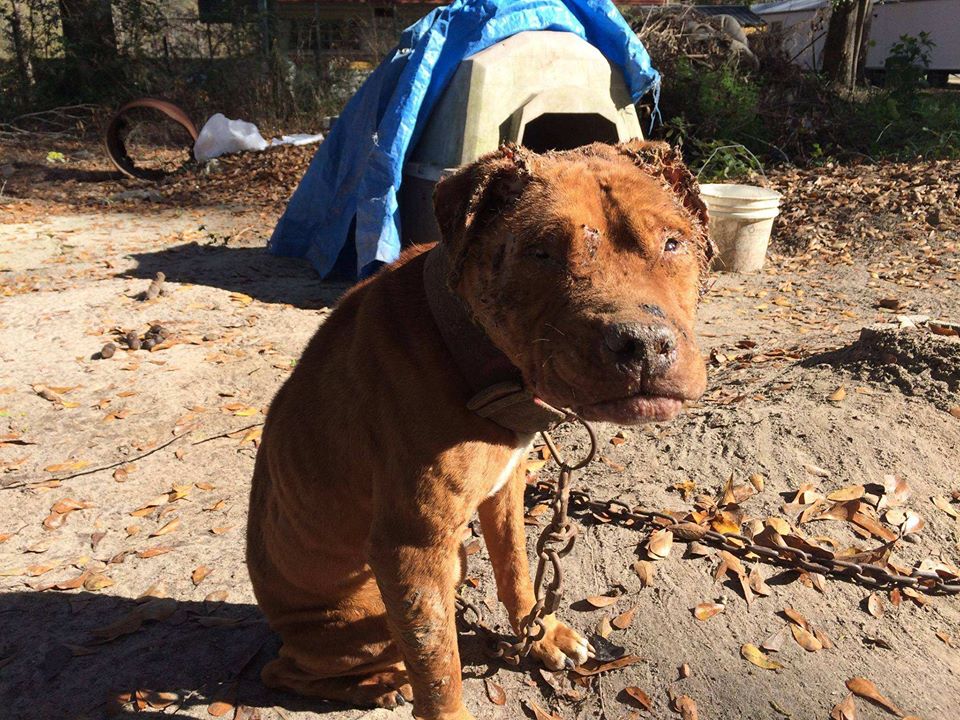 Now, Liam has finally got to know a living situation that is not filled with misery. He is safe after being taken care of by a team of specialists who were determined to give him a second chance in life. 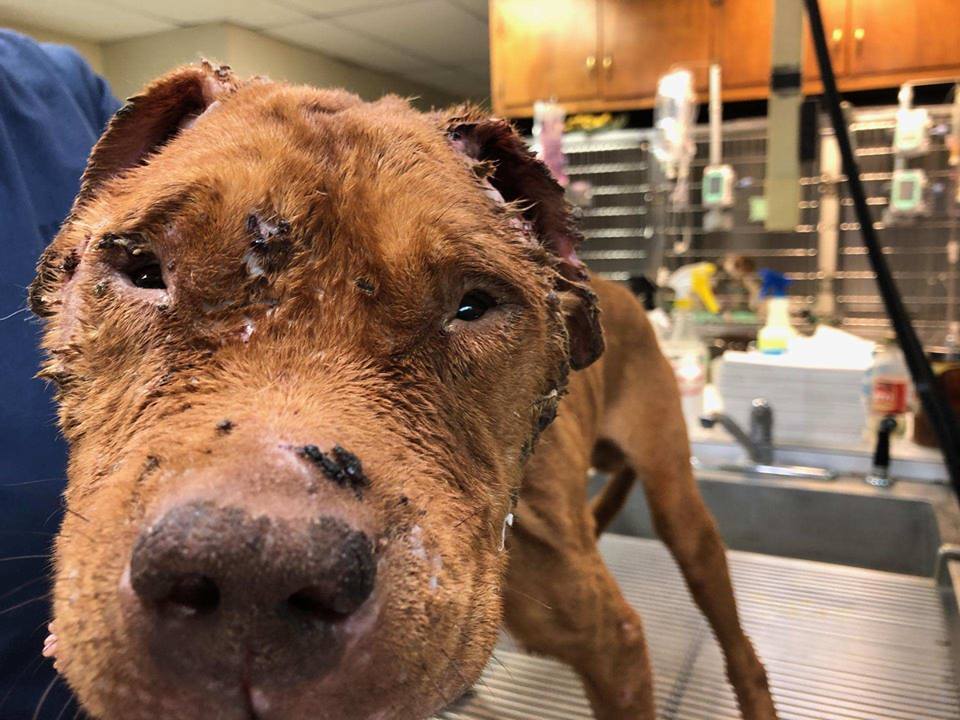 A medical examination further showed the extent of the dog’s desperate past. His ears were chewed up, with severe infection and wounds, he had scars and open wounds on his front legs, he was infested with fleas and hookworm, had many broken teeth that will most like need to be extracted, and his eyesight is very poor. Liam is also anemic and will require a blood transfusion to survive.

“Liam is getting the medical care he needs, the affection and understanding he deserves and will learn that being a dog isn’t about a constant fight for survival, fear and hurting, but instead comfort, contentment and love,” the team shared.

The rescue is now working with former FBI agents to uncover potential corruption within the Long County, Georgia Animal Shelter. Anyone who has any information regarding the shelter and its employees is asked to contact the organization directly at 888-287-3864 or email [email protected]. All information is strictly confidential.

To learn more about Guardians of Rescue, click here.

All image source: Guardians of Rescue/Facebook