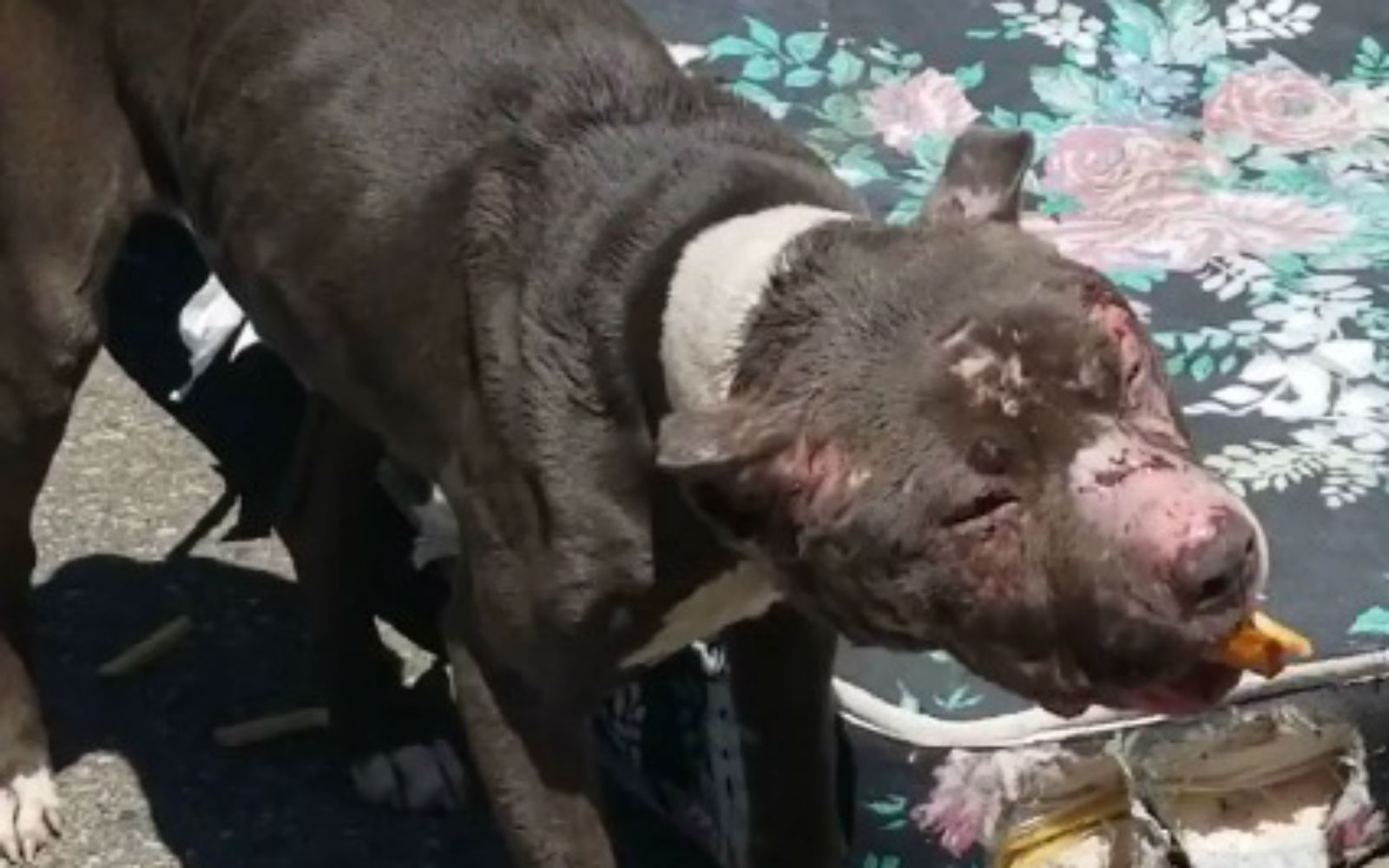 Meet Faith, the poor little girl who was found in a terrible state of health under a mattress in Detroit.

When Detroit Pit Crew Dog Rescue picked up this dog, she was so emaciated that they couldn’t even tell if she was a girl or a boy! She must have hidden under the mattress out of fear; who knows what horrors she faced on the streets?

Faith was covered with multiple wounds all over her body and was in a generally filthy condition. Look at her poor face and all her sores!

It must have taken an awful lot of trust for Faith to let the crew from Detroit Pit Crew Dog Rescue anywhere near her.

But they know what they are doing! Detroit Pit Crew Dog Rescue is a team of street volunteers that work together to get as many stray, injured, pregnant, and destitute dogs off the streets as possible. They have a wealth of experience in caring for homeless dogs like Faith.

Once their trust was earned, the crew took Faith to a veterinary hospital for medical care. We wish her a speedy recovery!

Here is a volunteer from Detroit Pit Crew Dog Rescue winning Faith over with food.

We would love to say that cases like Faith’s are a rarity and that there isn’t such animal cruelty and neglect in the world. We would even like to think that there aren’t as many homeless animals on the streets today as there are, but sadly there are more than 70 million homeless cats and dogs in America alone.

Homeless dogs like Faith don’t only have hunger and lack of shelter to contend with. They face attacks from other street dogs as well as cruelty from people. And to be thrown out of their homes without any knowledge of what they have done to deserve such a thing must be terrifying for these poor animals.

Pit Bulls like Faith get an even worse deal just because of being a Pit Bull! They are considered dangerous dogs, often thought of as being bred only for fighting, when they have just as much love and affection to give as all other dogs!

Detroit Pit Crew Dog Rescue sees far too many cases like Faith’s. If you want to help, are looking for a dog to adopt, or want to offer a donation, please check out their Facebook page.