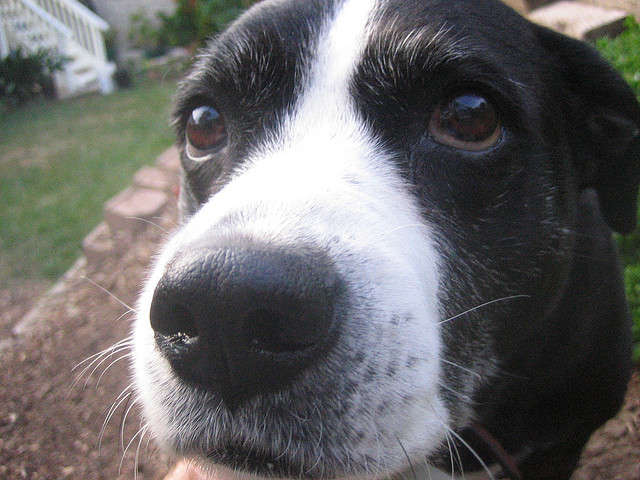 Since dogs where first domesticated 14,000 years ago they’ve helped mankind through various stages in our development. They’ve assisted us in hunts, protected us from danger, and even helped us domesticate other animals. While some dogs still serve in this capacity the overwhelming majority of modern canines serve solely as our companions. Many pet-owners today would liken they’re dog to a friend or child rather than the servant role they where in years past.

We have to ask ourselves how much of this companionship is manufactured by the human trait of personifying everything we see around us. Our dogs are just animals, correct? They don’t truly care for us, don’t feel our pain. We love them and we want to believe they love us, but aren’t we just embellishing the instinctual habitats of our four-legged friends? A new study may prove that your dog was truly there for you all those times you needed them not because of instinct but because he knew you were upset and he wanted to be there for you.

A study for Animal Cognition  by Deborah Custance and Jennifer Mayer of London’s Goldsmith College used a group of eighteen dogs of various origin to show whether or not, dogs could feel empathy for their owners. Specifically, “How do dogs respond when humans suddenly begin to cry for no readily apparent reason?”

Mayer, who was not familiar to any of the dogs sat in a room and ignored the subjects. This allowed them to become disinterested she then performed actions to see if the dogs would respond.

Two of the actions which were foreign to the dogs where human humming and crying. Both, should in theory catch the attention of dogs relatively equally. They are strange sounds being emitted. However, only six of the dogs came over during the humming portion of the test, 15 came for the crying. Thirteen of those Fifteen showed subservient behavior in an attempt to console her.

According to researchers, “…it seemed that crying carried greater emotional valence for the dogs and provoked a stronger overall response than either humming or talking.”

These results do not conclusively prove that dogs can feel empathy for humans, but they  definitely hint at it.

Almost any dog owner would have said that this test was completely unnecessary, because when ever we need them there they are waiting to help us in any way they can. Anytime I’m upset my dog is right by my side giving me the closest thing he can to a kind word and a hug, A lick and a paw.

However, if a study is ever done on what cats are thinking please alert me immediately, because I have no idea.