Woodstock Farm Sanctuary recently rescued 15 hens advertised as “soup chickens,” who about to be sold at a mere $3 each. The birds were being used for eggs on a small farm just outside of Philadelphia, Pennsylvania, and, once they grew to be 18-24 months old and their egg production slowed down, they were rendered useless by the owner who decided to sell them cheap for meat. Before that could happen, the hens fortunately found some allies – and now they are safe and sound at their new sanctuary home.

The ad for the chickens was quickly noticed by a rescuer from Second Chance Chickens Microsanctuary. She managed to convince the man to give some of the hens to her. After that, she contacted Woodstock Farm Sanctuary – where preparations to welcome the new flock began right away. 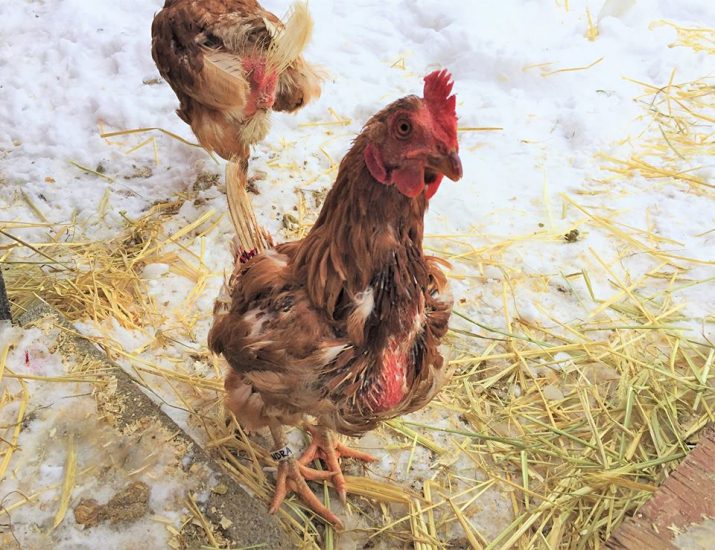 “Though they are in better shape than expected, it’s a miracle that they survived as long as they did,” the sanctuary team writes. The hens were kept in very difficult conditions, with no heat lamps in the freezing cold weather, no bedding, and in very crowded quarters. They are all debeaked, some very badly, and many have bald patches from where they picked their own feathers from stress.

The birds spent their required time in quarantine and all passed their health checks. Once at the sanctuary, the “Philly Girls” could be introduced to the older residents. Just a few days of good care and living in great conditions were enough for the new birds to start growing their feathers back and begin making friends. 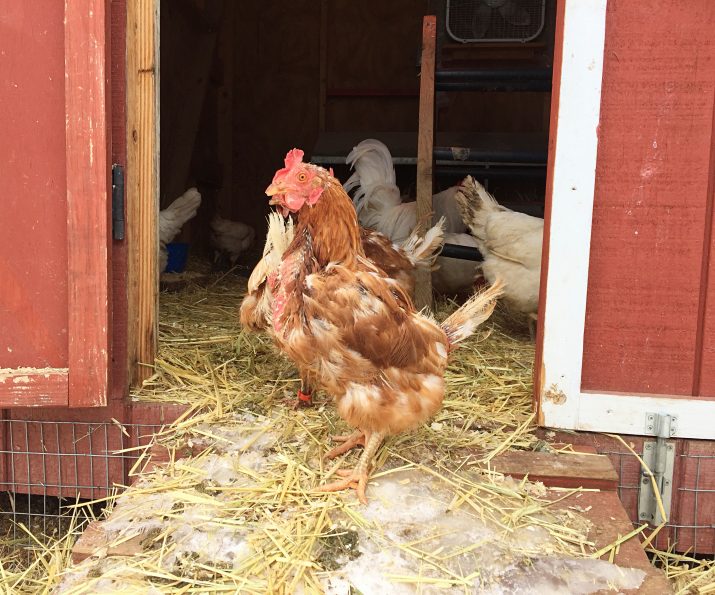 As the sanctuary points out, the 15 chickens come from a small, family farm – but their condition in no way resembles what one might imagine hearing those words. Moreover, they clearly came from an industrial hatchery, where baby chicks are mass-produced and treated like objects, not living beings that they are.

All the Philly hens now have new names – Edwina, Cassandra, Simara, Lillith, Charley, Jacqualine, Brooke, Icky, Anna, Pigeon, Quinn, Rosemary, Tweety, Zelda, and Galicia – and they are finally perfectly safe and ready to have a proper life at the sanctuary.

You can help Woodstock Farm Sanctuary save more animals by making a donation.