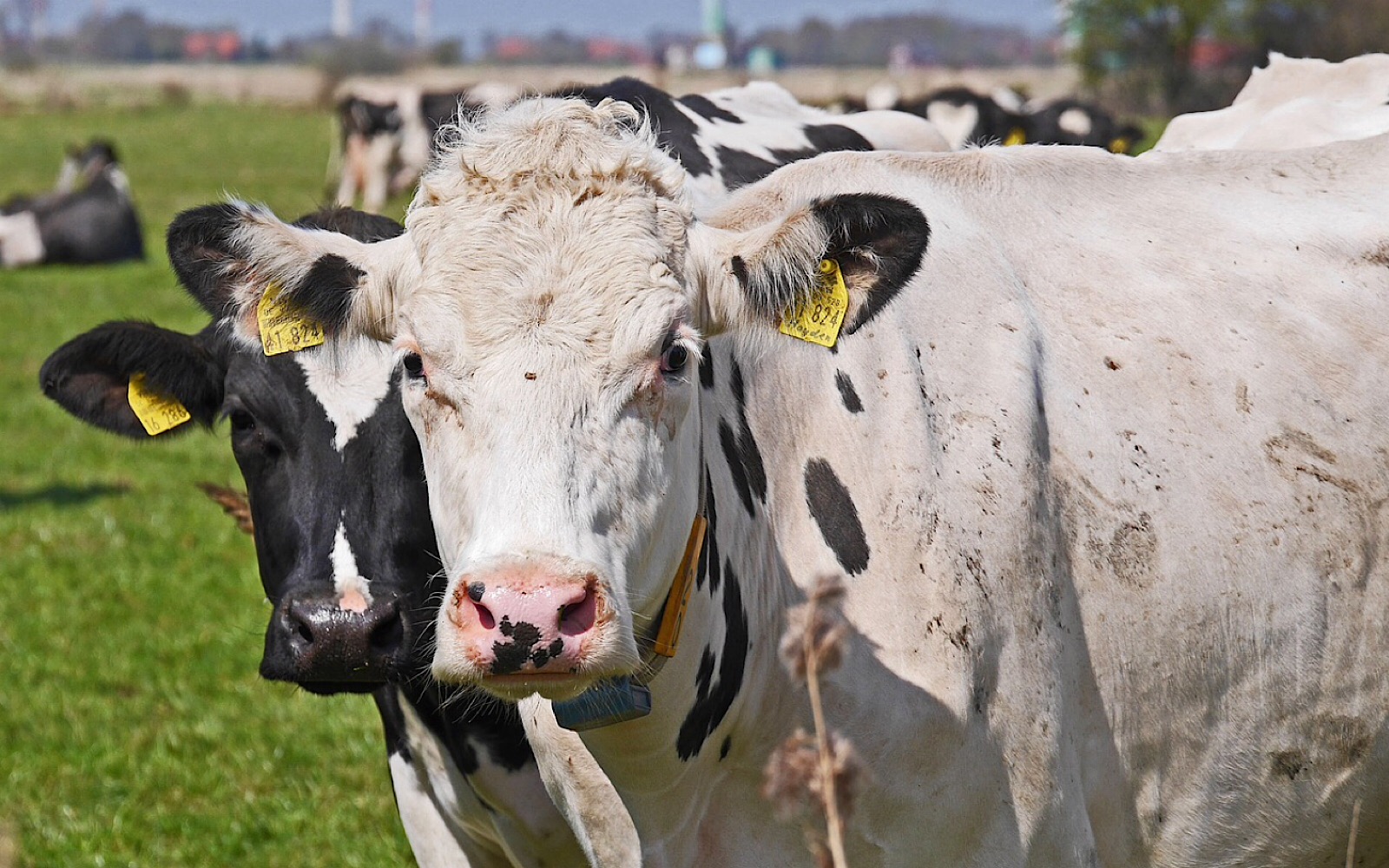 Extensive research by Our World in Data shows us how the planet’s land is being used, and as one might expect, industrialized animal agriculture is inefficiently using the world’s land.

The following graphic outlines the breakdown of how global land area is used today: 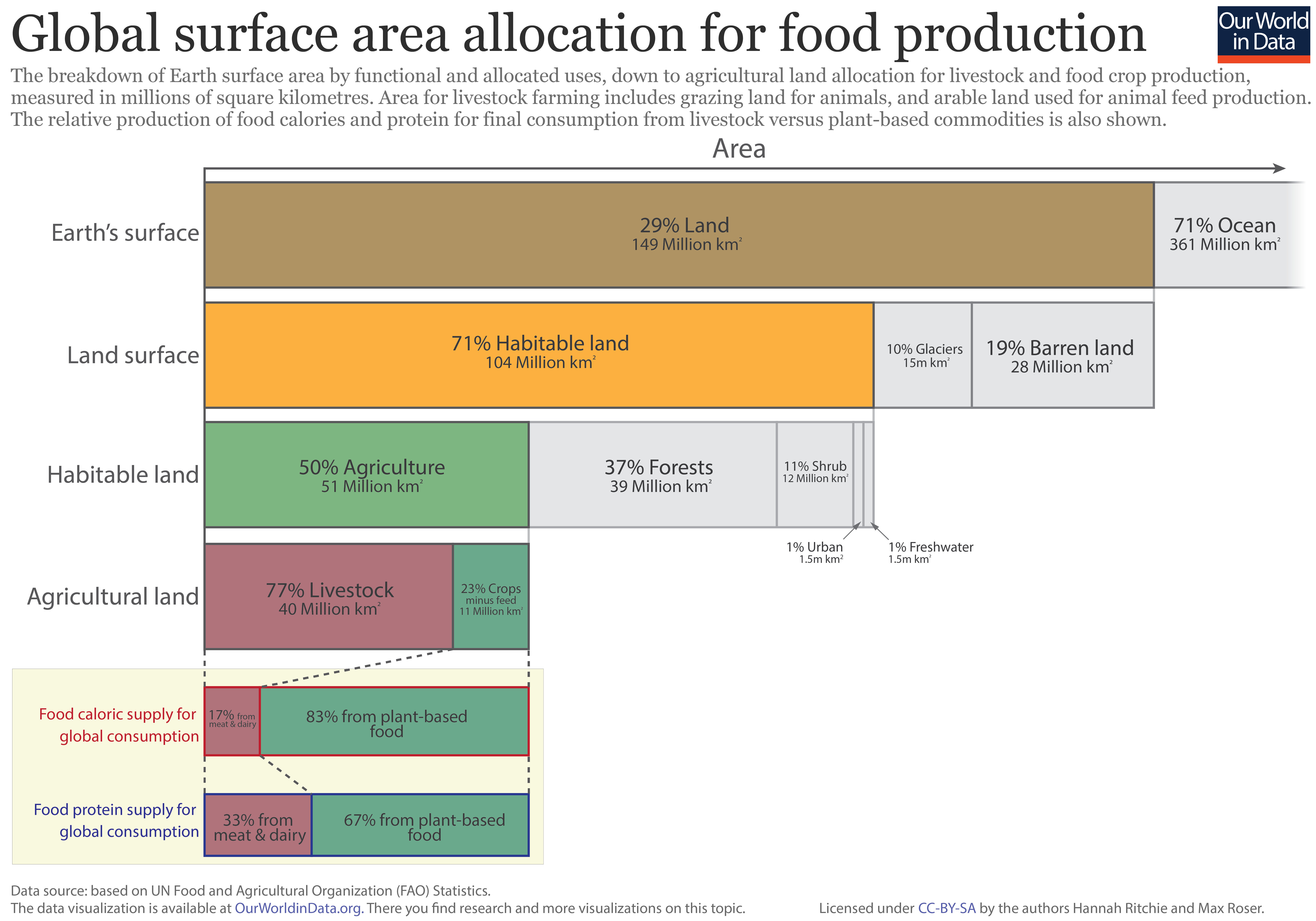 Our World in Data

As the chart details, 71 percent of our land is considered habitable, and half of that land is used for agriculture. Of that 50 percent, 77 percent is used for livestock, either as land for grazing or land to grow animal feed. However, despite taking up such a giant percentage of agricultural land, meat and dairy only make up 17 percent of global caloric supply and 33 percent of global protein supply. As Our World in Data sums up, “In other words, the 11 million square kilometers used for crops supply more calories and protein for the global population than the almost four-times larger area used for livestock.”

These facts, though alarming, are not a surprise. Industrialized animal agriculture rules the world’s current food system and is responsible for widespread habitat destruction, including rainforests, harmful air and water pollution, the extinction of species (including those who have yet to even be scientifically identified by humans), and it contributes greatly to climate change, adding more harmful greenhouse gas emissions to the atmosphere than the entire transportation sector combined. And as this research has detailed, many crops are grown to feed livestock rather than feeding the world’s millions of starving people.

These factors have led innovators to seek alternatives and solutions to the problem of industrialized animal agriculture, a problem which will only intensify as our planet’s population continues to rise and is predicted to explode to 9.8 billion people by 2050. The lab-cultured, aka “clean meat” industry, which will hopefully lessen the effects of industrialized animal agriculture, has been making rapid progress in recent years and is expected to reach a value of $20 million by 2027.

Want to learn more about how our food choices affect the health of the entire planet? Check out the Eat for the Planet book!