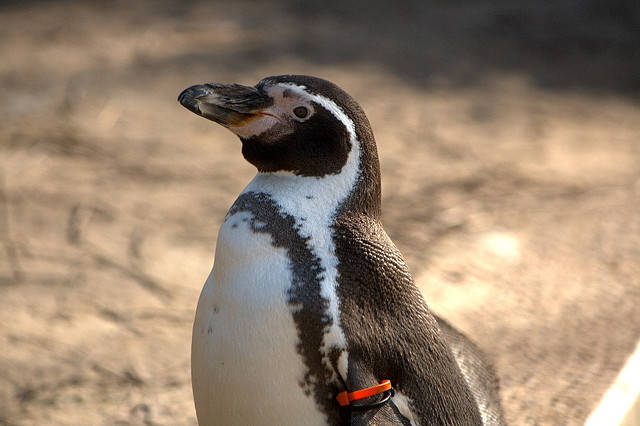 A Humboldt penguin bred at Kasai Rinkai Aquarium in Tokyo’s Edogawa Ward escaped on Sunday morning (March 4, 2012). The penguin was first spotted  floating at the mouth of the Old Edogawa River.

The Japan Times reports that a visitor subsequently took several shots of the swimming penguin at around 12:30 p.m. that day.

“Since then, we don’t have any specific information about the penguin’s whereabouts,” said Takashi Sugino, an official of Tokyo Sea Life Park.

Takashi Sugino, an official at Kasai Rinkai Aquarium, told Japan Today that the 60-centimeter bird appeared to have got itself over a rock wall twice its size and made a run for it.

Sugino said it was not entirely clear how the flightless aquatic bird had managed to get out of the enclosure it shares with 134 other Humboldt penguins.

Some news reports have called it a ‘Madagascar’-style daring escape because the incident mimics the events of the 2005 animated film “Madagascar” where penguins, among other animals, mount an escape from the zoo.

The bird is apparently still at large and although its not reported to be armed or dangerous, the aquarium suggested humans stay away from it and not try to capture it if it is seen.